The blockchain revolution comes to climate action | Environment| All topics from climate change to conservation | DW | 08.05.2018

Blockchain can trace everything from green supply chains to emissions cuts, enable green energy trading and convert plastic waste into cash. A host of initiatives and start-ups are getting in on the technology. 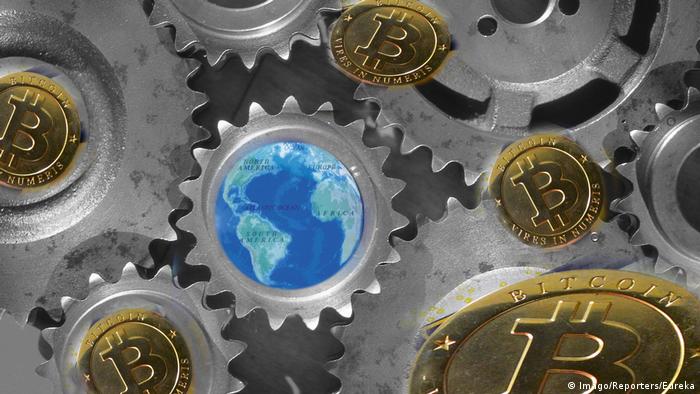 Technology hasn't always been the climate's best friend. From the industrial revolution that forever changed our relationship to the planet, to modern devices that mean we're constantly consuming energy and adding to mountains of electronic waste, every human step into the future seems to put Earth in greater jeopardy.

But the so-called 4th Industrial Revolution — the latest boom of technological innovation — could buck that trend. Blockchain is at the forefront of the movement. Apparently incorruptible, this public ledger allows transparent, global worldwide digital transactions. And it could boost climate action.

Peer-to-peer exchanges and direct tracking of products reduce costs and increase trust. The technology can also be used to reward climate action. Even the United Nations Framework Convention on Climate Change is backing the Climate Chain Coalition platform to help monitor countries' progress on cutting emissions and mobilize climate finance. 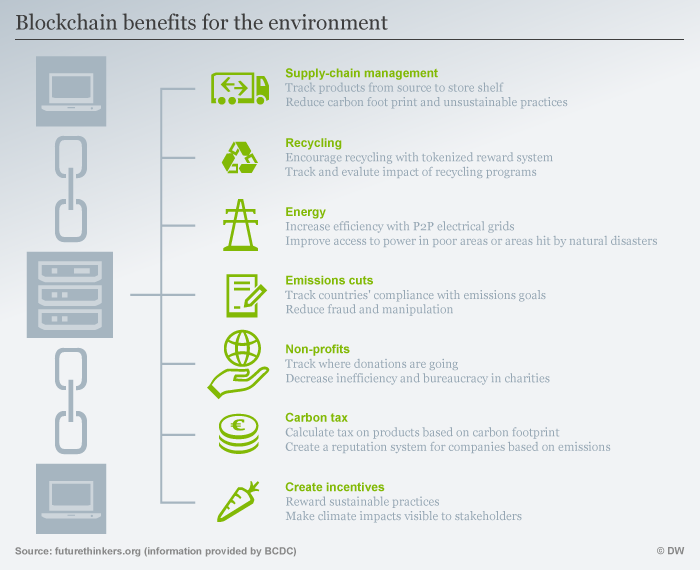 Tracing the entire supply chain behind "green" products is often close to impossible. But blockchain-based apps like Foodtrax enable consumers to follow products from source to store shelf.

The impact of illegal fishing in Ghana

The impact of illegal fishing in Ghana

Multinational supermarket chain Carrefour is already using a similar system that means customers can scan packaging for detailed information on a product's source and production processes.

The technology could also expand the possibilities of carbon trading, as well as toughen up climate protection policy and help countries reach their targets under the Paris Agreement by calculating emissions and avoiding manipulation of data. 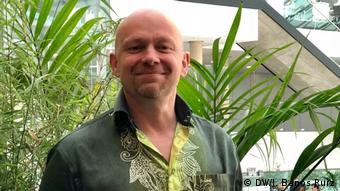 "Right now, the whole carbon industry is only for the big boys," Matthias Gelber, environmental chief officer at Singapore-based New Era Energy, told DW. Collecting and verifying data can cost up to $40,000 (€33,700), shutting small companies and individuals out of the market, he said.

Most of those costs are related to complex processes of monitoring and certification. But blockchain can simplify and automate those processes, meaning much smaller players could be brought into the carbon market.

The same mechanism could also revolutionize the evaluation of green initiatives. Marion Verles is chief executive of the Gold Standard Foundation, which certifies emissions-reduction projects and is part of the Climate Ledger Initiative , which in turn works on blockchain solutions for climate protection. She gives the example of a project her organization is piloting to provide households with low-emission cook stoves.

If success saw it scaled up to distribute, say, 100,000 stoves, tracking the climate impact of their manufacture, distribution and performance would usually be prohibitively expensive. "We're talking maybe about $50,000 to $80,000 a year," Verles told DW.

Instead, sensors have been added to the cook stoves that connect to a digital cloud database and send information directly to a blockchain platform at a much lower cost. 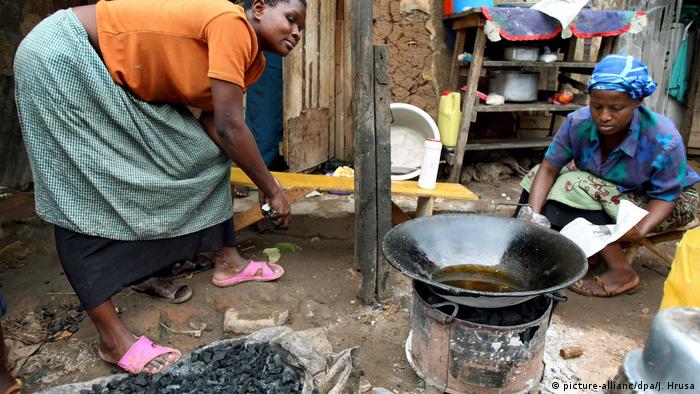 The technology could also help involve funders more closely in such projects.

Say you supported the cook-stove project via an online crowd-funding platform; you could then trace your money to make sure it ended up where it was supposed to, and follow the impact of the project, meaning your engagement doesn’t end when you hit the "donate" button.

And then there are climate applications for blockchain closer to the bitcoin model that made the technology famous.

Various initiatives are using peer-to-peer exchanges to trade renewable energy. Homes with rooftop solar panels, for example, can earn credits from any excess power they produce, reducing the need for centralized power grids and making the energy system more efficient.

An initiative called the Plastic Bank is even trying to make blockchain tokens earned from collecting plastic waste into a new currency to help impoverished communities — first in Haiti and now in several countries around the world. The tokens can be converted into cash, cooking fuel or education vouchers, among other things. 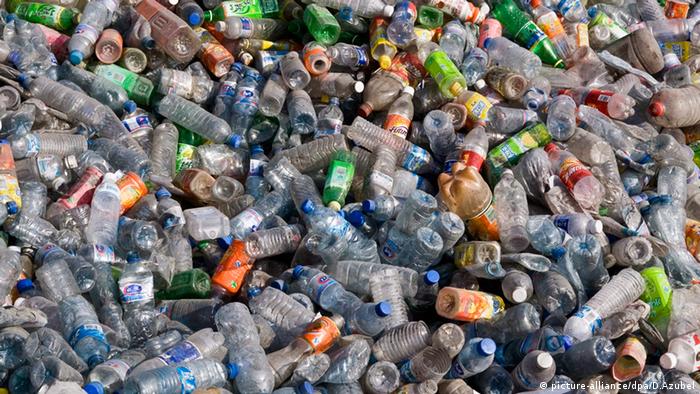 Plastic pollution is a huge threat to our environment. Blockchain could make cleaning it up a earner

Such mechanisms are key to encouraging people to adopt green lifestyles, Gelber says. "We want to gamify this because this is how we motivate young people nowadays and, if we want to achieve Paris, we need to mobilize the masses from bottom up."

Still, there are barriers to scaling up such schemes.

Technology in the making

The complex computation that goes into blockchain networks consumes a lot of energy. And there are still plenty of technical and data privacy problems to solve, according to a World Bank report.

Early blockchain programmers sought to build systems that exist in parallel to the regulated world, Rauter told DW. Now, proponents of the technology are divided over whether to keep it unregulated or adapt it to agreed legal frameworks.

It's an issue that will take time to resolve. "But I believe uncertainty in the discussion should not prevent us from using the potential," Rauter said. "At the end of the day, there will be some sort of solution that will allow this potential to be leveraged."

And it's not just tech start-ups and publically financed initiatives that are getting into blockchain. German energy giant RWE is investing in the technology, too. Rauter believes the utility has recognized the huge potential of the field, and realized if it doesn't get involved now it could be quickly left behind.

#HowGreenAmI: Is a life without palm oil possible?

Palm oil is practically everywhere, whether it be food, cosmetics or gasoline. And it is not always easy to identify. So I decided to understand this ubiquitous stuff better. Turns out, I was naive. (18.04.2017)