Carrefour: eggs and blockchain come together | Business | Economy and finance news from a German perspective | DW | 06.03.2018

Carrefour: eggs and blockchain come together

French retail giant Carrefour has announced a major extension of its blockchain-based product traceability program. It allows for a transparent and secure sharing of information with the company's consumers. 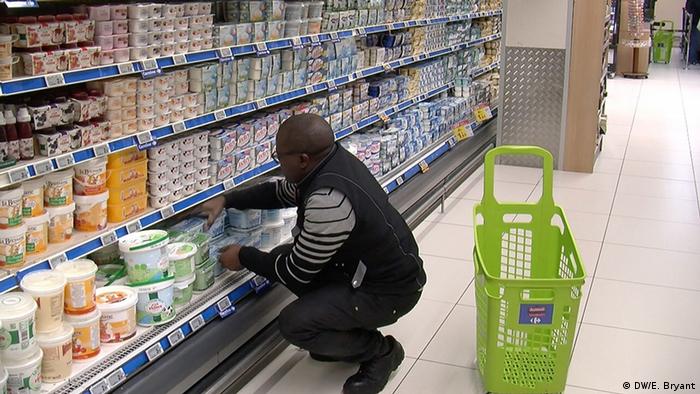 Carrefour reported Tuesday it would intensify its food traceability program using blockchain technology that is currently in place only for some chickens.

Blockchain is the digital ledger for transactions behind cryptocurrencies including Bitcoin, but companies around the world are in the process of creating new applications which allow for the secure sharing of almost any kind of information.

Carrefour originally turned to blockchain technology to trace the production of chickens in France's Auvergne region.

Consumers have been able to use their smartphones to scan a code on the package and obtain information entered by farmers and producers on where and how the chickens were raised, what they were fed, and where the meat was processed.

Carrefour said it planned to expand the blockchain traceability program to eggs, cheese, milk, oranges, tomatoes, salmon and hamburgers by the end of the year.

"For consumers, it responds to the need for greater and greater transparency; for producers, it allows them to obtain more value from their production and know-how," the retailer said in a statement.

In January, Carrefour announced a major overhaul of its business, given increased competition from traditional rivals as well as online retailers such as Amazon.

The French firm had logged a 2017 net loss of €531 million ($649 million). Its negative balance sheet reflected a number of exceptional items, including costs related to an old chain of stores in France.

Food production and the role of consumers