The Baltic States: From Soviet to European | Europe| News and current affairs from around the continent | DW | 23.08.2014

A quarter of a century ago the world watched on in fascination as people from the Baltic States formed a giant human chain to demonstrate for their freedom. They have come a long way since. 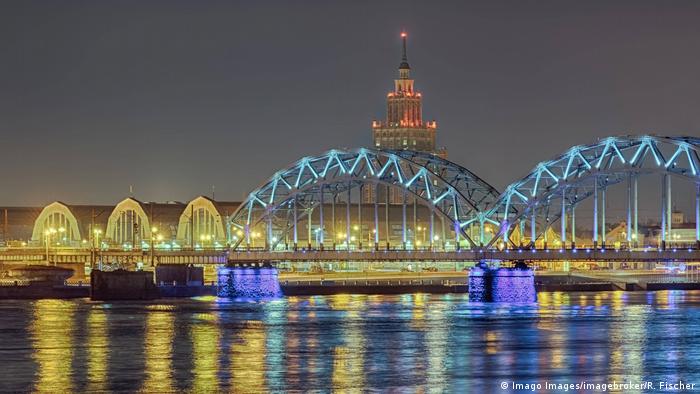 August 23, 1989 will forever be the day when two million Estonians, Latvians and Lithuanians joined hands to form a 600-kilometer cross-border human chain. United in spirit, they used the 50th anniversary of the Soviet-Nazi pact that had tethered them to Moscow for so long, to sing for their liberty.

Although the Soviet authorities banned the mass-scale protest, dubbed the "Baltic Way," defiance took hold, and some two million people turned out to join the movement. It was a defining moment along the region's road to its 1991 independence.

Norbert Beckmann-Dierkes, head of the Konrad Adenauer Foundation's Latvia and Lithuania office says the demonstration was a key moment in the history of the region. "It made people understand the possibility of using peaceful means, courage and commitment to tackle the dominant political force to affect change.”

And from then on, things moved quickly. The former Soviet republics committed to political and economic structural reforms, and not long after independence, Estonia, Latvia and Lithuania had becomemembers of NATO and the EU.

Back in the European fold

Beckmann-Dierkes says the Baltic states have come a long way in the past 25 years and now boast stable political systems, a commitment to democracy, freedom of speech, assembly and press. "They are back at the heart of Europe."

Raivo Vare, Minister of State in the first government following Estonian independence and Minister of Transport and Communications in subsequent cabinets, told DW that the Baltic's return to the European fold happened "faster than imagined."

So how, when other former Soviet republic such as Ukraine are quite literally fighting to find a way into Europe, did the Baltic states become such a success story? Vare believes the answer is embedded in the history of the region.

"We only endured the Soviet regime for 50 years, and some of those who remembered life before the USSR were still alive," he said.

That said, the transition to Europe was not without its violent moments. Vare recalls the night of the January 12, 1991 when Soviet troops stormed a Lithuanian television tower. Eleven people who stood in the path of Soviet tanks lost their lives. 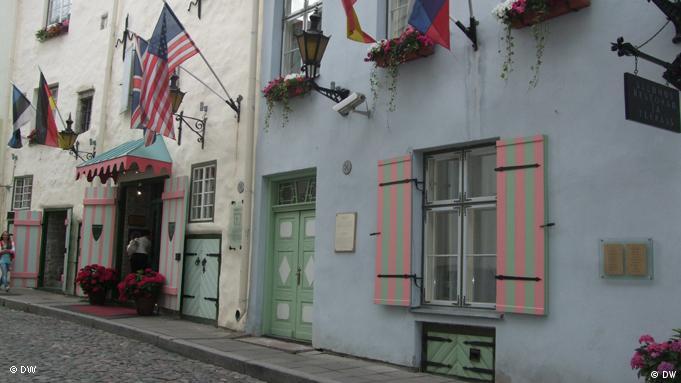 The streets might be old, but the Estonian capital, Tallinn, has come a long way since Soviet rule

These days, the Baltic nations cut fine political and economic figures, which Beckmann-Dierkes attributes to a healthy Baltic attitude. "They had to accept certain cuts, but they had a 'we-can-do-it' attitude, and that has paid off," he said, citing stable growing economies and imminent entry into the eurozone.

Raivo Vare believes the region's economic success is related to the implementation of radical reforms and a determination to succeed. "We want a faster rate of economic growth to put us on a par with our Scandinavian neighbors."

But not everything is perfect. Relations with Russia for one thing. Besides energy dependence, some regard Russian speaking minorities in the Baltic states as reason for concern.

Vare says not enough has been done to include minorities in Baltic societies. "On the one hand you have the Eurorussians, predominantly younger people who are largely integrated," he said. "But on the other hand, older people are still influenced by Russia and Russian state media."

But Beckmann-Dierkes warns against turning the problem into something it is not. "I have not yet met anyone from the Russian-speaking minority who says they desperately want to go back to Russia," he said. "On the contrary, they understand the value of the freedom and legal security offered by the European Union."

Latvian farmers are suffering as a result of Russian counter-sanctions, after Moscow blacklisted a number of food products from its neighbours. (18.08.2014)