A chain of hotels, a newly opened restaurant in Phuket and a popular eatery on the outskirts of the capital, Bangkok: Pornprom Sangkasuk was a man of wealth. Then COVID-19 happened.

His hospitality business came crumbling down; the hotel chain collapsed, while the two restaurants were left battling for survival as sweeping lockdowns turned once-buzzing tourism hot spots like Phuket into ghost towns.

"The pandemic only proved to be the final nail in the coffin. The economy, the hotels, the tourism sector were already in a downward spiral," he said.

Pornprom has since dusted off his Red Shirt activist's hat and has been helping out at  anti-government protests that have been gathering across Thailand. He has already used up all his savings to organize food and logistics for the protesters, many of them students, who are demanding Prayuth's resignation, a change to the constitution and curbs on the powers of the monarchy — an unprecedented affront to the crown in a country that has one of the world's harshest lese majeste laws.

"I have nothing to lose. I have already lost everything," Pornprom tells DW from a protest site in Bangkok, his voice occasionally drowned out by blaring police sirens.

But experts say the protests could hurt Thailand's already crippled economy by keeping away tourists and holding back people from spending and companies from making investments. 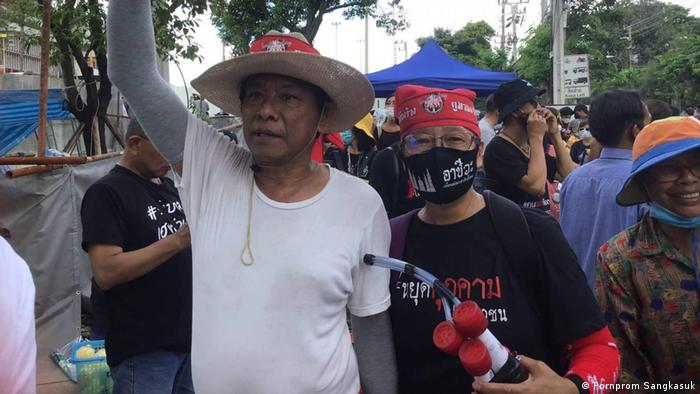 The Thai economy saw its worst contraction in over two decades in the second quarter, shrinking by as much as 12.2% as the coronavirus outbreak battered the country's key drivers of trade and tourism. The International Monetary Fund expects the economy to contract by 7.1% this year, lagging behind most of its peers in Southeast Asia, despite having handled the COVID-19 relatively well.

But the economy was in deep trouble even before the pandemic, hurt by weak domestic demand, the US-China trade war and Thailand's strong currency.

The near 10% appreciation in Thai baht took the shine off the country's "value-for-money destination" tag and prompted some international tourists to ditch the country's fabled beaches, winter sun and nightlife for neighboring Vietnam's exotic hill-tribe villages and other cultural retreats.

But that drop pales in comparison to the blow dealt by the coronavirus outbreak, which caused international tourist arrivals to drop to zero between April and September. By comparison, more than 18.5 million tourists visited Thailand during the same period last year.

While Thailand does not expect its tourism sector to recover any time soon, it has started welcoming small groups of tourists on special 90-day visas. The travelers are expected to quarantine for 14 days and test negative three times before they can roam around freely. Thailand has done an impressive job of keeping the virus in check, with just one confirmed locally transmitted case in 100 days.

"The one good thing in a way about these protests happening now is that tourism has been completely wiped out, so it can't fall any further. But consumer sentiment and business sentiment are still going to be affected, especially if the protests drag out longer," Gareth Leather, senior Asia economist at Capital Economics, told DW. "You could see the protests knocking potentially another 0.5 percentage point off GDP if they become much more severe." 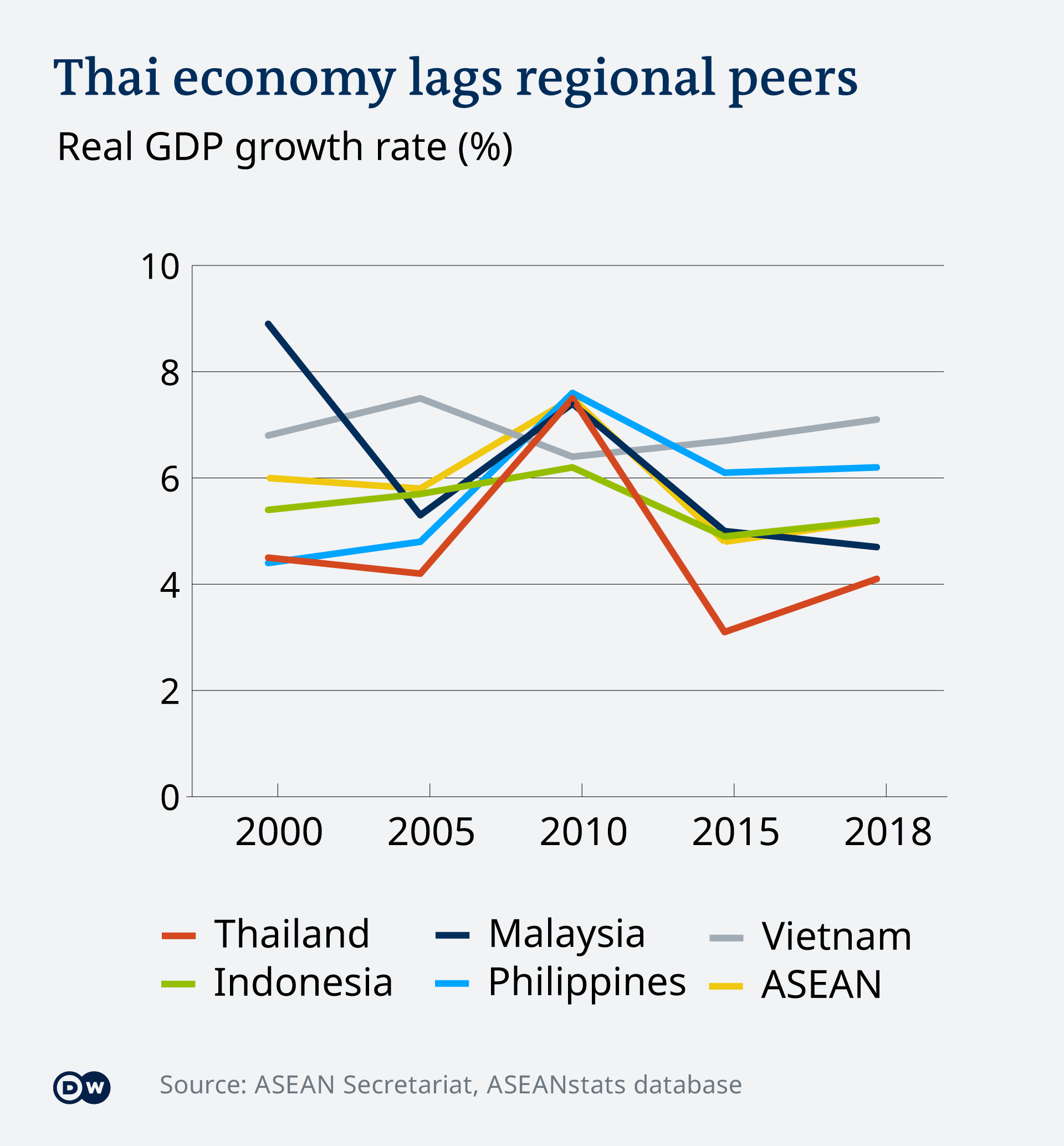 Thailand's history of coups and protests

The Southeast Asian nation is no stranger to civil unrest, having seen nearly 20 coups since its transition to constitutional monarchy in 1932. In the past two decades alone, there have been two successful coups and several nationwide protests.

The bouts of political uncertainty have dragged down investments and the Thai economy's productive potential, forcing the country to grow at a slower pace compared to its regional peers.

Analysts at Capital Economics point out that private investment has yet to recover to levels seen before the 2013-14 political crisis, which ended with Prayuth, then the army chief, seizing control. The crisis knocked nearly a percentage point off Thailand's GDP growth.

"If you're an investor looking to establish a factory in Southeast Asia, you look at Vietnam — it's politically stable, has low wages, and is near China — and then you look at Thailand, which has slightly higher wages, maybe doesn't have the same infrastructure links to China and sees periodic bouts of quite severe political unrest. You know, it's a no-brainer. Why would you choose Thailand?" Leather said.

Experts say Thailand must boost productivity, especially that of manufacturing firms, and revive private investment, or it risks falling into a "middle-income trap" — where countries are no longer poor, but they do not see enough income and productivity growth to break into the group of rich countries.

Despite enjoying almost unbridled powers, Prayuth hasn't shown much willingness to push for radical reforms, such as lifting restrictive laws that discourage foreign firms and skilled professionals from entering the domestic market. The Thai leader was found wanting in his response to arrest the decline in GDP coming into the pandemic.

Pornprom does not place much hope in the former military junta leader and that's why he wants to see the back of him. Prayuth has so far refused to step down, snubbing a three-day ultimatum by the protesters. A special session of the parliament is meeting to try to ease tensions.

Pornprom and his fellow protesters plan to carry on their protest until all their demands are met, which means they may have to keep hitting the streets for weeks, if not months, given the unprecedented reforms he is seeking.

"I am not going to relent, not going anywhere," Pornprom said. "I am doing this for the students, our future generation. It's they who would have to contend with job losses and slow growth. They deserve better."