Taiwan speaks with US on taking 'meaningful' UN role

Taiwan wants a greater role in United Nations bodies, including the World Health Organization. But China claims it has the sole right to represent the island internationally. 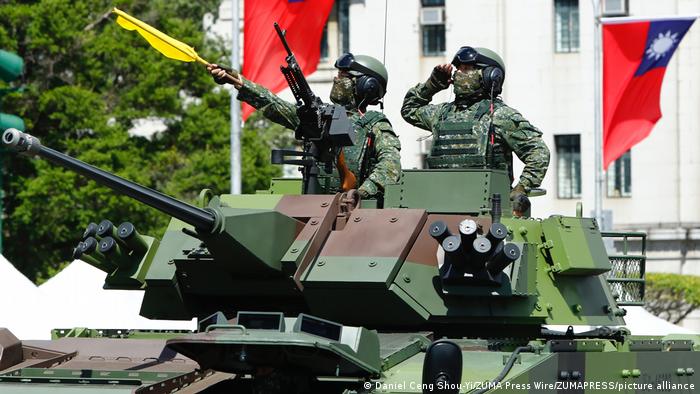 Taiwan wants a greater say at the UN, and has vowed to protect itself from any Chinese attack

Taiwan has held high-level talks with the US on how it can "meaningfully" participate at the United Nations since China took over its seat in 1971.

The virtual meetings announced late Saturday between the US State Department and the Taiwan Ministry of Foreign Affairs came hours before Chinese President Xi Jinping was due to give a speech to mark the 50th anniversary of China's admission to the UN.

What does Taiwan want?

Taiwan wants its own voice in the World Health Organization and the UN Framework Convention on Climate Change, separately to the People's Republic of China, the US State Department said.

"The discussion focused on supporting Taiwan's ability to participate meaningfully at the UN and contribute its valuable expertise to address global challenges," said the US State Department.

Taiwan's Foreign Ministry tweeted its thanks to the US for its "common sense" in supporting the talks.

It added that "UN Resolution 2758 isn't a blank check for China to run roughshod over Taiwan and its 23.5 million people."

The 1971 UN resolution returned the seat to China previously held by Taiwan.

Why is China against Taiwan?

China sees Taiwan as one of its provinces and has stated it has the sole right to represent the island internationally.

Xi will give a speech on Monday about what China calls the restoration of its lawful UN seat on October 25, 1971.

Taiwan's exclusion from the United Nations has meant that the democratic country has not had full access to WHO resources during the COVID-19 pandemic.

It has forced the country to look for vaccines privately, while China and the WHO claim it has received all the help it needs.

Material from Reuters contributed to this report.