Environmental awareness in Taiwan is growing amid a mushrooming of green initiatives. The government is building new wind parks both on land and out at sea while a private project is re-cultivating rare plant species. 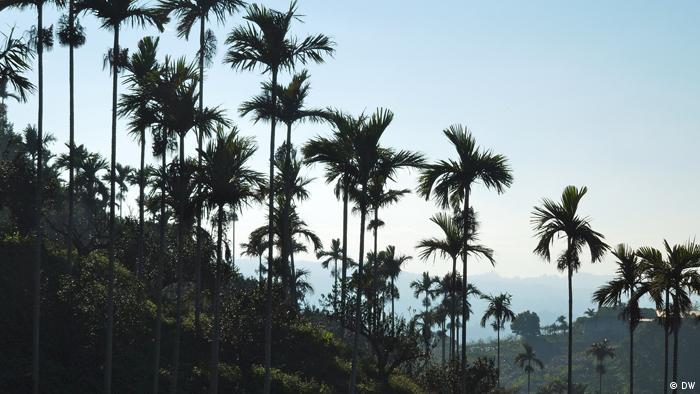 Project goal: Boosting wind power capacity by 2030 from 530 megawatts to 4.2 gigawatts. That would allow Taiwan to meet eight percent of its energy needs with wind energy up from a current one percent.
Project size: 1,000 turbines of which 600 will be offshore plants. A total of around 41,000 jobs to be created
Project costs: 14.1 billion Euros
CO2 savings: 8.4 million tons each year

Taiwan still largely meets its growing energy needs with crude oil and coal. In a bid to cut carbon emissions, the government is now planning to expand installed wind power capacity. The island's west coast offers the perfect conditions. By 2025, 1,000 wind parks are meant to be operational both on land as well as out at sea. That would allow Taiwan to meet eight percent of its energy needs with wind power. A few private initiatives are also working towards preserving the island's lush environment. An industrialist has planted a forest with rare tree species near Dongshi in a bid to raise climate change awareness among visitors.

A film by Christian Uhlig

Ocean temperatures and water levels are continuing to rise as a result of human intervention. This is having a widespread impact on sealife and weather patterns.

Researchers say the eruption on La Palma could wreak havoc throughout December in a worst-case scenario. Earthquakes, lava flows, toxic gases, volcanic ash and acid rain are continuing to pose a danger to residents.

Germany stands firm on conditions for relationship with Taliban