The start of Syrian peace talks has been stalled by entrenched disputes over who can even sit at the negotiating table. Saudi Arabia, Turkey and Russia, as well as Syrian rebels and Kurds, are all at loggerheads. 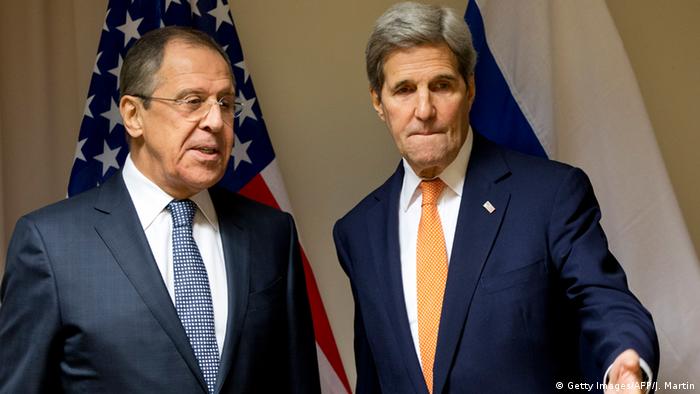 The unresolved dispute over who will sit at the table highlights the difficulty of advancing a nascent peace process that was orginally scheduled to start on January 25, but is likely to be delayed, if not canceled, after months of hard diplomacy.

"Everybody is making these very maximalist demands, it doesn't look good," Joshua Landis, a Syria expert at the University of Oklahoma, told DW.

Saudi Arabia last month brought together the armed and political opposition, which agreed to negotiations with the Syrian regime, while maintaining calls for President Bashar al-Assad's ouster.

While representing a broad spectrum of Syrian society, the invited groups reflected preferences of external parties to the conflict - Turkey, Saudi Arabia, Russia, the US and Qatar. Iran, a key backer of Assad and a Saudi rival, condemned the meeting. The Syrian Kurds were notably uninvited.

The UN-mediated talks were immediately called into question given the prominent role of Ahrar al-Sham, one of the most powerful Islamist military forces, with close ties to al Qaeda's Syria affiliate al-Nusra, as well as the Saudi-backed Jaish al-Islam (Army of Islam).

Russia and Assad are opposed to the participation of the two powerful foreign-backed rebel factions and view them as terrorist groups, a point brought home when an airstrike killed Jaish al-Islam's leader. 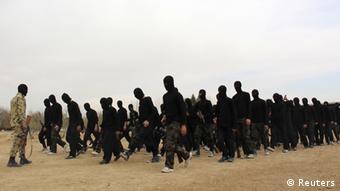 Ahrar al-Sham has been backed by Turkey and Qatar

At Moscow's insistence, world powers involved in setting up peace talks were to draw up a list of undesirable groups, but that list was never agreed upon, apart from the inclusion of "Islamic State" and al-Nusra.

US officials have indicated that the litmus test for the participation of radical Islamist groups would be determined by their relationship with al-Nusra and usefulness in fighting "IS," as well as their ability to work with the broader Syrian opposition.

The US is therefore advocating a large umbrella approach, concerned that the absence of a major armed faction could lead them to play a spoiler role and undermine the fight against "IS."

Meanwhile, Saudi Arabia's support for rebel factions gives it a key position in advancing or blocking peace talks. It is questionable whether rebel factions are able to maneuver without the approval of the Saudis, who are bent on battling Iran for regional dominance and ousting Assad.

However, it is the Syrian opposition that accuses Russia of dictating what groups can participate in the talks. On Saturday, a joint statement of 45 rebel and opposition groups said Russia could not be the one to decide who is a member of the opposition negotiating team or not. The opposition also wants Russia to stop bombing in Syria and allow aid to reach besieged areas.

Meanwhile, regime forces, Iran-backed militia and Russia have continued to make steady battlefield gains on several fronts. Landis argues that Assad's forces now have the upper hand and are likely to take over more territory with Russian airpower. For this reason, he told DW, Assad is calculating that the real negotiations will occur not at peace talks in Geneva, but rather on the battlefield with various militias.

Instead of negotiating with multiple rebel groups, the regime strategy is to negotiate with local militias. This process would be similar to what occurred in Homs and Zabadani and also provide some relief to besieged populations.

Meanwhile, the regime's fight against what it deems as foreign-backed jihadists would continue until they are driven from Syria.

US Vice President Joe Biden was in Ankara on Saturday pressing the Turks to drop demands that the US-backed Kurds be excluded from talks.

Turkey views the Kurdish PYD party, and its armed wing the YPG, as a terrorist group tied to the Kurdistan Workers' Party (PKK), which has waged a more than three-decades-long struggle for greater Kurdish rights in Turkey.

The Syrian Kurds are widely recognized as the best ground force fighting "IS" in Syria. However, Ankara has threatened to withdraw from talks if the PYD is included. Russia, in its turn, insists on the PYD's participation. 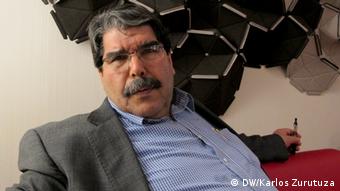 Saleh Muslim, the head of the PYD, has said peace talks will fail without the Syrian Kurds' participation

"Turkey will do everything to prevent the PYD from having a role in the talks, although they are the main US partner against the 'Islamic State,'" Wladimir van Wilgenburg, a Kurdish affairs analyst with the Jamestown Foundation, told DW. "And by doing this, Turkey is pushing the PYD/YPG into the arms of Russia, something which the US wants to prevent."

The issue of the Kurds is complicated by the expansion of territory under their control as they benefit from both US airstrikes on "IS" and joint Russian and regime assaults on "IS" and rebel groups near the border with Turkey.

Arab and Islamist opposition groups are also largely against Kurdish participation in peace talks. They accuse the Kurds of being close to Assad and are against their leftist, secularist agenda.

Over the course of the Syrian civil war, the Kurds have carved out autonomous zones in the north of the country that the opposition says are a precursor to an independent Kurdish state. The Syrian Kurds are allied with some Free Syrian Army groups, but have clashed with Ahrar al-Sham, al-Nusra and other Turkey-backed factions.