An alliance of US-backed Syrian Kurdish and Arab rebels has taken a key dam on the Euphrates River from the so-called "Islamic State." The alliance has pushed back "IS" from large swaths of territory. 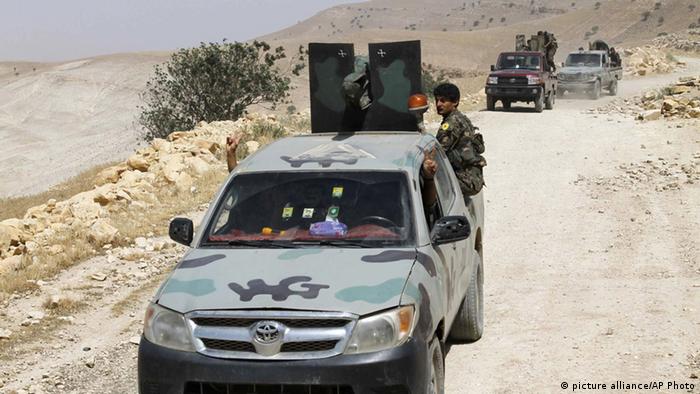 The Syrian Kurdish news agency ANHA reported that SDF forces backed by US-led coalition airstrikes continued the offensive after crossing to the west of the dam, one of three major dams on the Euphrates that provides power to northern Syria and acts as a major transport line connecting "IS"-controlled areas of Aleppo province with their self-declared capital Raqqa.

Brett McGurk, the US special envoy for the anti-IS coalition, said on Twitter the assault was part of a broader offensive against IS, including an Iraqi army assault to take back Ramadi.

The capture of the dam is a further blow to IS, which has lost vast swaths of territory to Syrian Kurdish forces and allied Arab rebel groups over the past few months. The SDF was formed in October, making official what was already an informal alliance between Kurds and some Arab tribal elements.

The SDF's rapid advance of some 20 kilometers (12 miles) of territory over the past few days suggests IS is unable to hold strategic territory when under sustained attack by indigenous ground forces and airstrikes.

The United States shifted its strategy late this year by backing the SDF with weapons and a steady stream of airstrikes in a bid to launch a widely anticipated assault on the IS capital next year. South of Tishreen lies the much larger Baath Dam, which supplies power to Raqqa a further 15 kilometers away.

Securing the dam also gives the SDF a key transport route to advance west of the Euphrates in a long-held goal to unify the Syrian Kurdish controlled areas of northeastern Syria with their autonomous canton of Efrin, which is cut off and often under attack by Islamist rebel groups including al-Nusra and Ahrar al-Sham.

Crossing west of the Euphrates has long been a red-line for Turkey, which is wary of Syrian Kurdish advances and their experiment in self-government. The YPG is the Syrian affiliate of the banned PKK Kurdistan Workers' Party fighting for Kurdish rights in Turkey.