Suspected Israeli warplanes have struck several Iranian and Syrian government targets in Aleppo, according to state television. If confirmed, it would be the first Israeli strike in Syria since January. 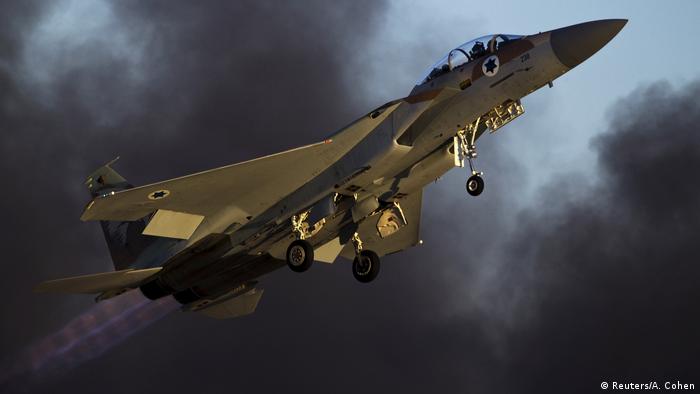 Syrian army air defenses "downed a number of the hostile missiles," SANA reported. The military source said the suspected Israeli airstrikes caused only material damage. There were reports of power outages in the city.

The Britain-based Syrian Observatory for Human Rights, a war monitor with a network of activists on the ground, reported that the airstrikes targeted arms depots used by Iranian forces and the Syrian army. Iran's elite Revolutionary Guard has a strong military presence in Aleppo, according to military experts, supporting local militias that have been fighting alongside the Syrian army.

Israel has made no immediate comment. If confirmed, the attack would be the first carried out by Israel in Syria since airstrikes near Damascus in January.

Israel has acknowledged carrying out dozens of airstrikes in Syria against Iranian and government targets.

Israel has said it will not allow Iranian forces and its Lebanese ally Hezbollah to entrench themselves in Syria, where they have been key backers of the Assad regime.

Opinion: Haunting images of Aleppo and Madaya are why Syrians still need help

International donors have pledged aid to Syria as the conflict there enters its ninth year. Marianne Gasser, former head of the Red Cross delegation in Syria, knows how vital immediate help is from personal experience. (14.03.2019)

German Chancellor Angela Merkel expressed support for Israel's policy of targeting Iranian forces in Syria. She told Israeli radio that Germany was working to keep Iranian military units away from the Israeli border. (28.01.2019)