German Chancellor Angela Merkel expressed support for Israel's policy of targeting Iranian forces in Syria. She told Israeli radio that Germany was working to keep Iranian military units away from the Israeli border. 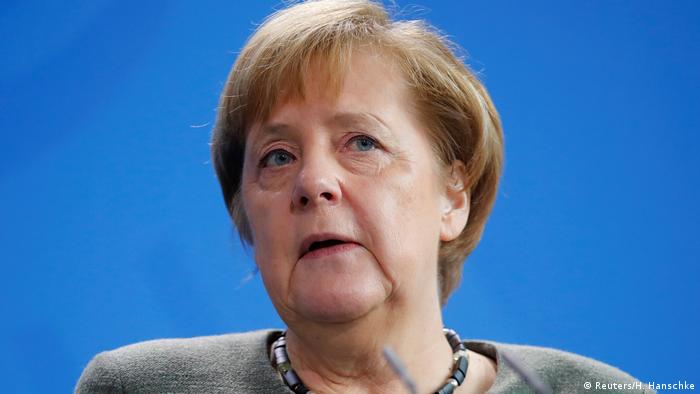 German Chancellor Angela Merkel told Israeli public radio that it was "important and right" that Israel defends itself from Iranian forces in Syria.

"Iran has policies that are threatening to Israel," Merkel told Kan Reka radio. Asked about recent Israeli airstrikes against Iranian targets in Syria, she said "Israel must secure its existence."

Germany was also working to ensure that Iranian forces do not approach the Golan Heights near the Israeli border, she added.

'Wipe Israel off the Earth'

Israel, which rarely comments on its military operations in Syria, admitted last week that its warplanes had struck elite Iranian troops in Syria.

After the strike, the head of Iran's air force reportedly said his soldiers were ready to "wipe Israel off the Earth."

Israel fears that Iran, which, along with Russia, is allied with Syrian President Bashar Assad, could build up a military presence near its border.

Following a meeting with Israeli Prime Minister Benjamin Netanyahu in June, Merkel said Germany would use all diplomatic measures to "push Iran out of the [Syrian] border region with Israel."

Despite their unified stance against Iranian activity in Syria, Israel and Germany disagree on an EU-backed nuclear deal with Iran signed in 2015.

Israel says the deal, which lifted Western sanctions in exchange for restrictions on Iran's nuclear program, threatens its security. Germany says the deal is the best way to avoid Iran developing a nuclear weapon.

The deal's future is uncertain after the United States withdrew from it in May 2018.

Israel's energy minister has been accused of spying for Iran. Israel's Shin Bet agency says he was extradited from Equatorial Guinea in May. Segev's lawyers say there is a 'misleading picture' (18.06.2018)

Trump: 'Iran is a much different country since I terminated that deal'