Although Benjamin Netanyahu is an outspoken opponent of the Iran nuclear deal, not everyone in Israel is convinced Donald Trump's decision was justified. Some experts say there is still a need for an agreement. 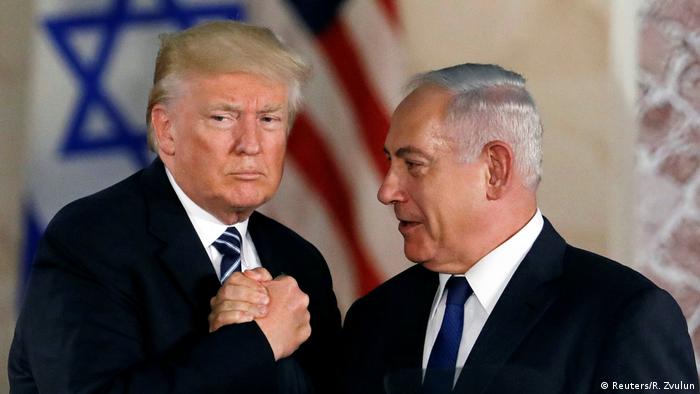 Whether US President Donald Trump was right when he announced Tuesday that Washington will withdraw from the 2015 nuclear agreement reached between Iran and world powers is a controversial topic on Israeli streets.

"I don't usually like Trump, but this time his move is justified," said Shirley Mandel, 32, from Tel Aviv. "It seems like Iran is indeed pursuing nuclear arms and eventually the threat will be directed at us." Mandel added that she's not afraid of a military escalation, but agreed that a war along Israel's northern border is possible.

Nevertheless, she sees Trump's withdrawal as essential. "Eventually, if Trump is doing something that helps us and supports us, then I'm with him."

Although the majority of those asked agree that at least some action was needed against Iran — even at the cost of a future military confrontation — some believe the solution Trump chose is futile, even harmful. 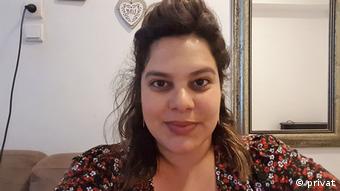 "We are facing a confrontation. I feel that [Prime Minister Benjamin] Netanyahu is seeking for a limited conflict, so that he could later achieve reconciliation and set his own terms for it," opposition parliamentarian Jamal Zahalka from Joint List, the main Arab party in the Israeli Knesset, told broadcaster Channel 10. "No one can prevent Iran from having the ability to develop nuclear weapons — only from the actual creation of them. The ability is already there."

That's an opinion shared by others in Israel, at least regarding Iran's ability to enrich uranium. "Once a certain technology exists, it's just a matter of time until it spreads. No one has the ability to stop it," said Avi Shalom, a lawyer from Haifa, a city which is within missile strike range of Lebanon and is regularly targeted when Israel engages its northern neighbor militarily.

"There is no solution to this problem, because as long as one country in the Middle East has a nuclear weapon — and I'll let everyone speculate which country that is — all other countries will seek to have it too," the politician Zahalka said. Israel is widely believed by the rest of the world to possess nuclear weapons, but the Israeli government has never formally acknowledged having them. "The only real solution is a complete demilitarization of the Middle East from nuclear power," he said.

Israeli politicians in Netanyahu's government backed Trump after his announcement on Tuesday, calling the move "bold" and "courageous."

Minister of Education Naftali Bennett tweeted that the US president has "made the world a safer place."

Defense Minister Avigdor Lieberman also praised Trump on Twitter for "telling the Ayatollah's regime in a loud and clear voice: Enough!" adding that "Iran is a dictatorship which supports and funds terror and death all over the world, and is a terrorist entity itself."

Experts, however, are divided over the extent to which Iran poses an actual threat to the world, and the Middle East in particular.

The former head of Israel's Mossad spy agency, Tamir Pardo, said Iran is "fully complying with the nuclear deal." He told a security conference in the coastal town of Herzliya that "there will still be a need for some kind of deal at the end of the day."

Although eight Iranians were reportedly killed Tuesday night in an Israeli military airstrike on the Syrian capital of Damascus, many people in Israel are not particularly afraid of a possible escalation in the conflict.

That's despite the fact that the Israel's military has ordered communities in the Golan Heights to open public shelters and that the US embassy in Tel Aviv has issued a warning to all government employees in the country not travel to the Israeli-controlled territory without specific approval.

"Open shelters here are a given," said 71-year-old Haifa resident Rachel Hameiri. "It makes you feel a bit more alerted, but it's nothing we are not already used to."

When it came to discussing the US withdrawal from the Iran nuclear deal, Hameiri sounded more hesitant. "We will only find out the truth in the future," she said. "Now it's too early to tell. Everything was done so hastily, so quickly, that no one can really know if Iran posed an actual threat or not."

"I'm still trying to understand where's the catch," Hameiri added. "Right now it feels like it's completely in our favor, but I've learned not to trust all kind of bombastic statements from politicians ... the real price of that move is only for time to tell."

US President Biden to speak with Russia's Putin on Tuesday