The Swiss Foreign Ministry has said its citizen was killed by an al-Qaida-linked coalition. The news came hours after another hostage, a French national, arrived back home after being released by the Islamist group. 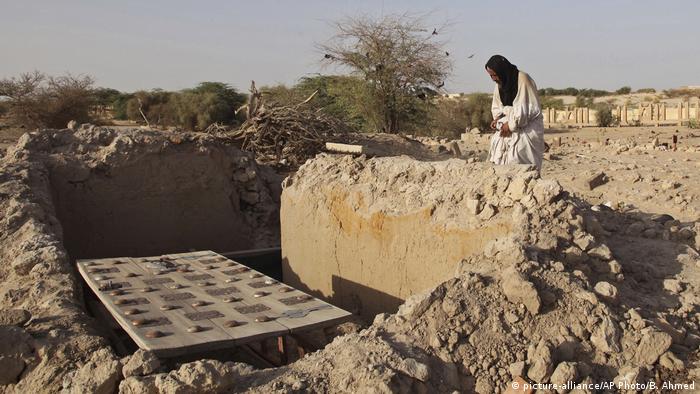 A coalition of Islamist groups linked to the al-Qaida terror network has executed a Swiss woman in Mali, according to Swiss authorities.

"It was with great sadness that I learned of the death of our fellow citizen," said Foreign Minister Ignazio Cassis on Friday. "I condemn this cruel act and express my deepest sympathy to the relatives."

Switzerland's Federal Department of Foreign Affairs (FDFA) said it was informed of the woman's death by French authorities on Friday afternoon. "She was apparently killed by kidnappers of the Islamist terrorist organization Jama'at Nasr al-Islam wal Muslim (JNIM) about a month ago," the ministry said.

FDFA said the exact circumstances were "currently still unclear" but pledged to find out more about the killing and demand the return of her remains.

Read more: An uncertain future for Mali, 60 years after independence

The news of the hostage's death came hours after a 75-year-old French aid worker, who had been held hostage by the same group for six years, arrived back home. The aid worker Sophie Petronin was released on Thursday, along with two Italian men.

Swiss authorities have not revealed any details about the woman's identity, or the purpose of her visit to the West African nation.

However, Swiss media have identified the woman as a Christian missionary from the northwestern city of Basel who was kidnapped four years ago. This was confirmed by Swiss officials.

The woman appeared for the first time in a terrorist video in July 2017, wearing a black headscarf and identified as Beatrice S.

The woman had been abducted by an Islamist group earlier in 2012 but was released days later on the condition that she would not return to Mali. According to the Berner Zeitung, she was recaptured in January 2016 while working in the Malian city of Timbuktu.

Mali's new interim president will have 18 months to restore civilian rule. During the transition, he will have another colonel who played a key role in the August coup by his side.