Mali's new interim president will have 18 months to restore civilian rule. During the transition, he will have another colonel who played a key role in the August coup by his side. 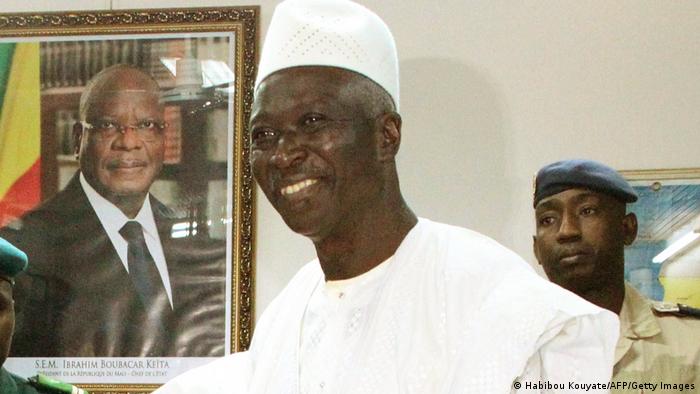 The leadership of the junta said the 70-year-old would oversee the 18-month transition period it has mapped out for the country in the run-up to new elections that will return Mali to civilian rule.

The junta leader, Colonel Assimi Goita, said on state television ORTM that he would serve as the deputy to military veteran N'Daw. An interim prime minister is yet to be named.

The junta intends to inaugurate its transitional government on Friday.

'No debate, no exchange'

Mali's opposition and the Economic Community of West African States (ECOWAS) had insisted that civilians lead the transitional government.

Some leaders of the M5-RFP coalition of opposition groups signaled support for N'Daw as interim president. The junta, which named itself as the National Committee for the Salvation of the People (CNSP) after the coup, is under pressure from ECOWAS to name a civilian by September 22.

M5-RFP coordinator, Choguel Kokalla Maiga, expressed dissatisfaction. The moral leader of the M5-RFP movement — Imam Mahmoud Dicko — had had no say in the decision by a junta-backed committee to appoint N'Daw. 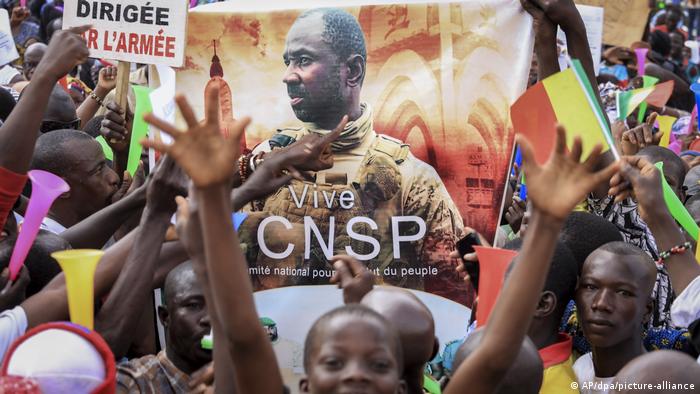 "Imam Mahmoud Dicko was invited by the CNSP for consultations. But as soon as he arrived, he said, he realized that it was not about consultations but about a communique that was read out by the vice president of the CNSP," Maiga said. "There was no debate, no exchange."

A 'semi-civilian chosen to lead Mali'

"ECOWAS demanded that the transition must be civilian-led. Therefore, I think that the military has tried to reconcile its aspirations with those of the regional organization," Brema Ely Dicko, a Bamako-based sociologist, told DW.

"So they have chosen someone who is a kind of semi-civilian — a retired soldier. This nomination allows us to move forward now and think about the prime minister who should be a civilian."

The newly appointed transitional president, N'Daw, joined the military when he was in his 20s in the mid-1970s. He started as a Soviet-trained helicopter pilot and rose through the military ranks to become air force chief of staff. As an officer, he attended the elite Ecole de Guerre war college in France. 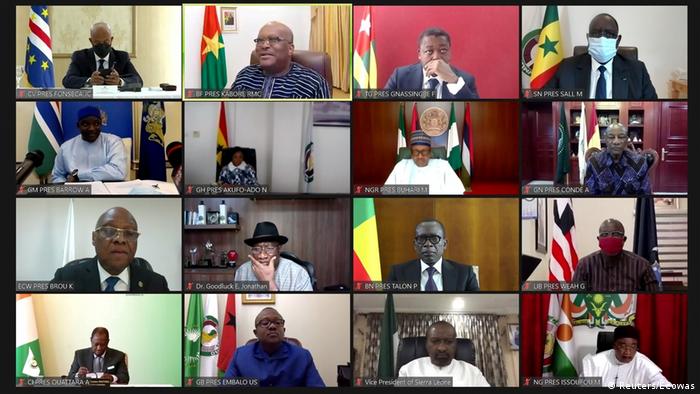 ECOWAS leaders had pushed for a civilian transition in Mali

N'Daw recently headed the air force and Defense Ministry under the Keita government in 2014. The retired colonel is referred to as "le Grand" due to his height — 1.95 meters (6.4 feet).

Allaye Bocoum, of the SADI party, is his neighbor: "We have lived in the same neighborhood for almost 12 or 13 years. He is a taciturn and modest man — someone who has never had any problems with anyone I know."

Fatoumata Harber blogs under the name "Tunbutu Woy" and coordinates the Benbere platform in the Timbuktu region. "With this type of nomination, the wind has been taken out of the sails of the M5-RFP movement. It has thwarted a transition under civilian leadership," the blogger said.

"I had expected that power would remain in the hands of the junta."