A three-time presidential candidate, a French aid worker and two Italians have been released after being taken hostage by Islamic fighters in Mali. They were reportedly released in exchange for nearly 200 extremists. 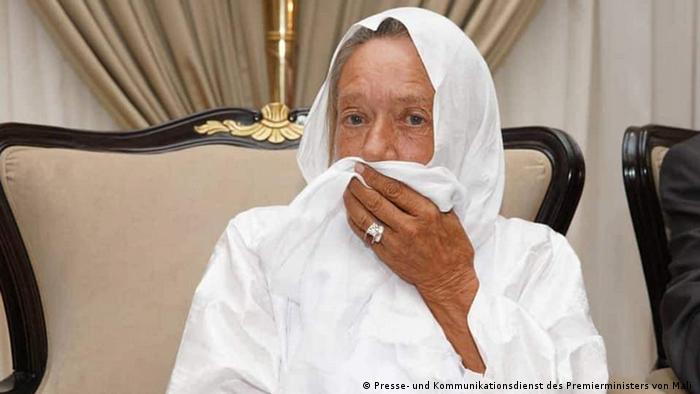 A prominent Malian opposition leader, a French aid worker and two Italian hostages were released by jihadists, Mali's government confirmed on Thursday. They were freed in an apparent exchange for close to 200 jihadists who were in government custody.

French aid worker Sophie Petronin, 75, was abducted from the northern city of Gao in December 2016, when she was running a charity for orphaned children.

Petronin flew back to Paris on Friday, where she was greeted by French President Emmanuel Macron, who tweeted afterwards "Welcome home!"

Macron also expressed his country's "support to Mali in its ... fight against terrorism in the Sahel."

Malian politician Soumaila Cisse, 70, was also abducted after his vehicle was ambushed by extremists in March this year. The only proof that the three-time presidential candidate was still alive was a letter delivered in August.

The two hostages from Italy, Nicola Chiacchio and Pier Luigi Maccalli, have also since returned home. 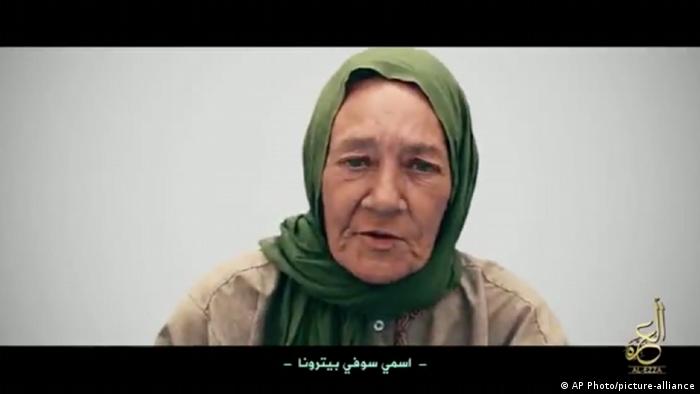 The circumstances and details of the hostage exchange still remain unclear, with the unusual mass release of jihadist prisoners sparking mass speculation of a swap before it was eventually confirmed.

"Nobody knows anything about the details of the negotiations," Thomas Schiller from the Konrad Adenauer Foundation (KAS) told DW from Bamako.

While many international observers welcomed the release of the hostages, the prisoner swap angered some within Mali's military who had been involved in their initial capture.

"The problem is that many people criticized the release of jihadists in exchange for the hostages," says Schiller. "It has frustrated many people, especially in the security forces."

While three out of four of the hostages were internationals, Schiller says Malian authorities bore most of the responsibility.

"It was mainly a Malian decision," he says "But there are a lot of rumors going on in Bamako about all this, and of course this isn't a good situation for political development for the months and weeks to come."

Following his release, Cisse was joyfully welcomed at Bamako-Senou International Airport by his supporters from the Union for the Republic and Democracy (URD) party.

"I am very, very happy with the release of my president Soumaila Cisse," one supporter told DW. "Frankly, it did me a lot of good to see him apparently in good health. It's important for us to see him back."

"I am very happy," echoed another supporter. "I have never felt better. I never gave up hope that he would eventually be freed." 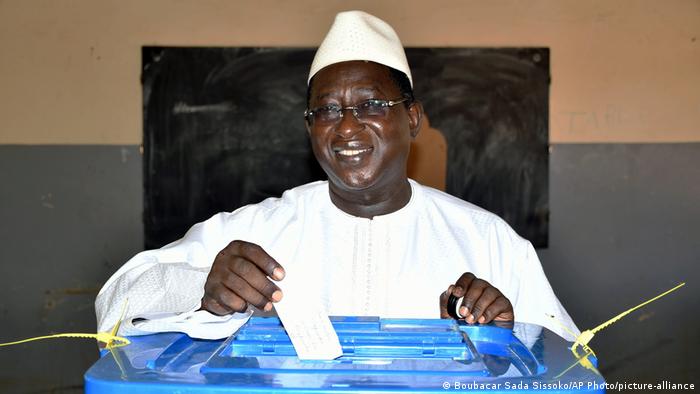 Cisse, who was kidnapped while he was campaigning for legislative elections, is one of Mali's most prominent opposition leaders and served as Minister of Finance from 1993–2000.

He ran against former president Ibrahim Boubacar Keita in the 2013 and 2018 presidential elections. He lost both times and complained he was the victim of electoral fraud in the latter election.

Following his rescue, Cisse described to reporters the poor conditions in which he and the other hostages were held. "I spent six months in very difficult living conditions in a most austere climate in the great Sahara, in an isolation that almost feels permanent," he said.

Schiller says Cisse's return could shake things up just as the new government finds its feet.

"It will change the game a little bit," he explains "We might see that some people who are already a little bit disappointed about how the interim government might get [more confident] now that the official opposition leader is back. But we don't know how the situation will develop, given that the new government was only set up a few days ago."

Mali is currently undergoing a major political transition after Keita was overthrown in a bloodless coup by a military junta in August.

The country is now being run by a transitional civilian government after the junta endorsed a new "charter" aimed at restoring civilian rule within 18 months. A committee was set up which selected 70-year-old retired colonel Bah Ndaw as interim president.

Much scrutiny has since been placed on the interim leaders by citizens, activists and opposition groups alike. Ndaw appointed a new government on Monday, which was initially criticized for offering too many positions to junta members in the areas of defense, security, territorial administration and national reconciliation.

In the early hours of Friday morning following the release of the hostages, several women's rights groups marched on Bamako's Independence Square, to demand at least 30% of elective and nominative positions be given to women, as outlined in a law adopted in 2015. Currently, women only make up 16% of positions in the new government.

"We solemnly request that urgent steps be taken to ensure all appointments made on or before August 19 conform with the law," Camara Assouma Keita, vice-president of the Platform for Women Leaders of Mali, said.

"Mr. President, we draw your attention to the urgent need to ensure fairness and inclusiveness."

Meanwhile, the African Union (AU) lifted its suspension of Mali on Friday, which has been in effect since August's coup.

"The Peace and Security Council, in view of recent positive political developments, has decided to lift the suspension it had imposed against Mali," the AU's security body wrote on Twitter.

The sanctions included a ban on commercial trade and financial flows, but still allowed for the movement of necessities such as drugs and medical equipment to help fight the coronavirus pandemic.

Amidst the gradual rebuilding of Mali's civilian government, the insurgency in the north of the country still remains active.

Mali's coup took place following months of protests over the ongoing jihadist insurgency in the country's north, with former president Keita overthrown partly due to his inability to stem the jihadist militant activity.

The separatist Tuareg rebellion, which began in 2012, quickly led to instability in the region, with militant jihadists taking advantage of the sudden chaos.

France helped the country take back some territory in 2013 as part of Operation Serval. However, a jihadist network continues to operate in the area, regularly carrying out attacks and kidnappings

France still has 5,100 soldiers stationed in Mali and neighboring Sahel countries to combat the jihadists, while a UN peacekeeping mission is supporting the ongoing peace process in the northern region.

The female employee, who worked with a small children's nonprofit, was seized in the northern city of Gao on Saturday. There have been no claims of responsibility.

Mali: A revolt that led to a coup d'etat

The leaders of the military coup in Mali, in which President Ibrahim Boubacar Keita was detained and forced to resign, have promised to enact a political transition and stage elections within a "reasonable time."

The ruling junta had come under massive pressure from other West African nations to return the country to civilian rule. It has appointed a former colonel and defense minister on an interim basis, with a military deputy.