The ruling junta had come under massive pressure from other West African nations to return the country to civilian rule. It has appointed a former colonel and defense minister on an interim basis, with a military deputy. 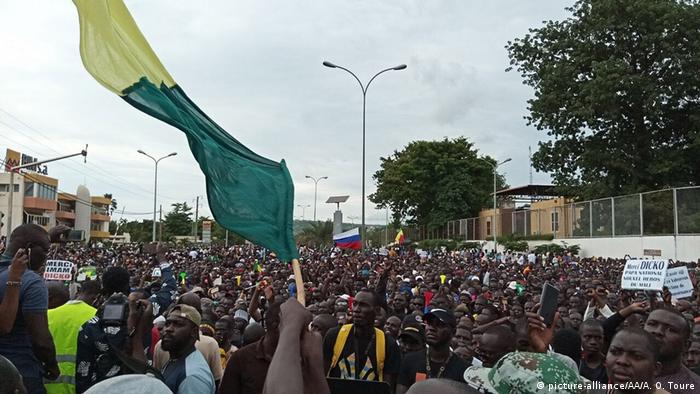 Former Malian defense minister and retired colonel Bah N'Daw was named interim president on Monday. If all goes according to the military leadership's plans, he would oversee an 18-month transition period for new elections and returning Mali to civilian rule.

The leader of the junta, Assimi Goita, was named vice president. The junta has come under intense pressure from neighboring West African nations to return power to civilians after last month's coup that removed President Ibrahim Boubacar Keita.

Regional neighbors had demanded a civilian interim president but told the junta that they could tolerate a soldier as vice president.

N'Daw was once an aide-de-camp [a role akin to a personal assistant or secretary, usually to a high-ranking military or government official] to Mali's ex-dictator Moussa Traore, who died last week aged 83. The retired colonel was a defense minister under president Keita.

Goita made the announcement on state television channel ORTM. The junta intends to inaugurate its transitional government on Friday.

The coup and its aftermath

Mali was rocked by weeks of protests against Keita prior to his August ousting. But division between the opposition in the weeks following the coup lead to tense discussions for forming a transitional government.

The main point of opposition was who should take the top two positions. The junta wanted two military leaders as president and vice president. The opposition coalition M5-RFP movement has called for civilians to occupy the top two political offices. The coalition was key for mobilizing the protests leading up to the coup.

The Economic Community of West African States (ECOWAS) had demanded that Mali "immediately" appoint a civilian as president to lead the nation following the coup. ECOWAS has already placed sanctions on Mali and closed borders with the nation. The economic group had threatened more sanctions if civilians were not president and vice president.

ECOWAS did not immediately comment following the junta's appointments on Monday.