Mali's military junta has approved a charter that could allow a soldier to be the interim president of the 18-month transitional government, a decision that has been criticized by its opponents. 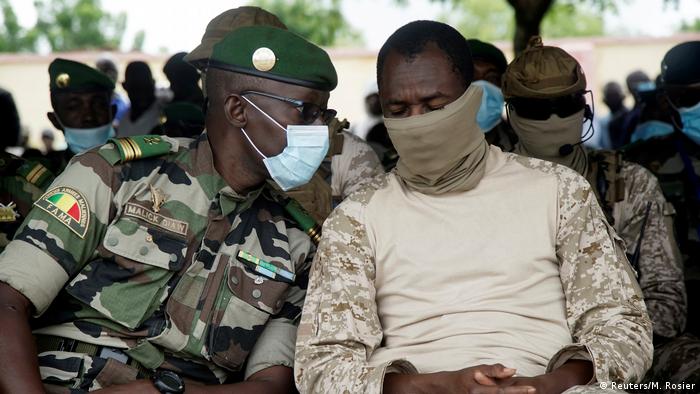 Mali's ruling military junta on Saturday approved a political charter for an 18-month transitional government that would lead the country back to civilian rule following a coup last month.

After months of anti-government protests, President Ibrahim Boubacar Keita was overthrown by the junta on August 18. He was criticized for his inability to deal with the country's economic issues and control jihadist insurgency in the region.

The new charter comes after three days of negotiations between the military junta, members of the civil society as well as other political leaders.

"We make a commitment before you to spare no effort in the implementation of all these resolutions in the exclusive interest of the Malian people," said Colonel Assimi Goita, president of the Council for the Salvation of the People (CNSP), which led the talks.

"We ask and hope for the understanding, support and assistance of the international community in this diligent and correct implementation of the Charter," he added.

According to the charter, the government will be in place for 18 months. There will be 25 members of the government, along with a transitional council representing Mali's numerous ethnic groups. It will have 121 members.

The charter allows for a president — as the head of state — as well as a vice president. They cannot stand for reelection after the term of the transitional government lapses. Both will be selected by a council set up by the junta.

Leaders of the anti-government protests have been vocal in their criticism of the new plan. With the possibility of a soldier leading the transitional government, it fails to ensure civilian rule right away, they say.

The new charter is also not in line with what was expected by leaders of the Economic Community of West African States (ECOWAS), which has imposed significant sanctions on Mali following the coup. ECOWAS also set a deadline for the selection of the interim president, which will lapse on Tuesday.