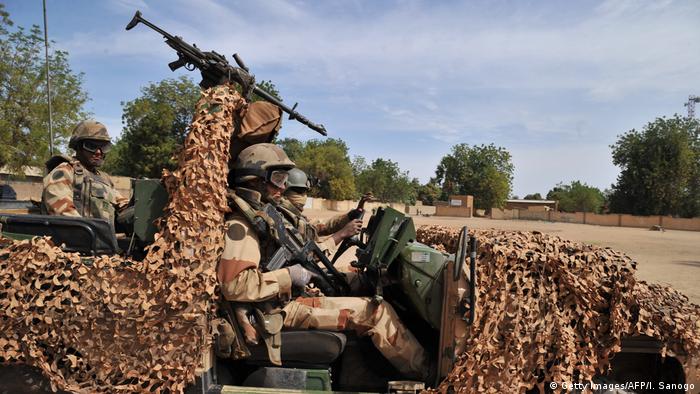 The European Union has temporarily halted its two training missions in Mali after the army seized power in a coup, officials said Wednesday.

The missions assisting Mali's army and police are part of international efforts to stabilize the West African country as it grapples with Islamist militants and a struggling economy.

Following a meeting with EU defense ministers in Berlin, the bloc's foreign policy chief Josep Borrell said he hoped the missions could resume "as soon as possible."

Malian soldiers took power on August 18 after detaining President Ibrahim Boubacar Keita and forcing his resignation. The coup led to celebration on the streets of the capital, Bamako, but Mali's international partners voiced concern the fragile state may slide further into instability.

The EU has trained around 18,000 soldiers since its military mission (EUTM Mali) was launched in 2013, but Borrell insisted the top officers behind the coup were not among them.

"We don't train the armies to be putschists," he said, adding that the most prominent coup leader was trained in Russia, while others were trained in the UK and the US.

However, German Defence Minister Annegret Kramp-Karrenbauer told reporters in Berlin that "some of the leading figures of the coup d'etat have also enjoyed training in Germany and France."

Despite the missions' suspension, Borrell said the EU remained committed to helping Mali confront its problems: "These activities are crucial. We have invested a lot, the European Union has invested a lot in Mali and we don't want to waste this effort.''

The EU military mission has more than 600 soldiers from 28 European countries, although it's presence has been scaled down in recent months due to the coronavirus pandemic.

The G5-Sahel initiative — an alliance formed by Burkina Faso, Chad, Mali, Mauritania and Niger to battle extremists in the region — on Wednesday called for a transitional government to replace the junta as soon as possible.

"We have to solve Mali's problems without a military government," G5-Sahel Secretary General Maman Sambo Sidikou told DW in an interview. "In our opinion, the transition should of course be as short as possible."

When asked if the coup pointed to failings in international training missions, he said that even if Malian soldiers were trained in partner countries, they didn't "learn how to carry out coups during their training. Therefore we have to take a close look at what is going on internally, not question the training that is offered or carried out by our partners."

Mediators from West Africa's regional bloc have been negotiating with Mali's junta leaders over plans for a transitional government and new elections.

The soldiers have told representatives from the Economic Community of West African States (ECOWAS) that they want to remain in power for a three-year transition period before elections are held, according to the Nigerian presidency. Three days of talks ended on Tuesday without an agreement on what that transitional government would look like.

The EU will wind down some operations due to continued cooperation between Russian mercenaries and Mali's junta. But the EU says it remains committed to the region.

An alleged coup attempt in the West African nation sheds light on the tensions facing the interim government of Colonel Assimi Goita. Yet, despite sanctions and isolation, Malians still back the military.