Local media aBamako.com reported that the junta leaders, who forced President Ibrahim Boubacar Keita (IBK) to step down, were in Russia on a training program organized by Russian Armed Forces ahead of the military coup.

Colonel Malick Diaw and Sadio Camara, believed to be the chief architects of the August 18 coup d'etat, spent a year in Russia at the Higher Military College in Moscow.

Keita's time in office, which began in 2013 after a coup in 2012 ousted Amadou Toumani Toure, coincided with establishing a French peacekeeping mission, and the Kremlin may have been trying to tussle with France in West African countries where Paris has a stronghold and influence.

"It's difficult for me to judge how reliable this information is because Moscow has said nothing about it," Russian expert Irina Filatova, Research Professor at the Higher School of Economics in Moscow, told DW. She noted that the Kremlin and Mali have established strong ties and Russia has been supplying some military equipment to Mali.

IBK, as they call him in Mali, is unpopular in his country, but has been an essential ally for the West — particularly France — in the fight against jihadis in the Sahel.

"The mutiny act in Mali is strongly condemned and inconsistent with US military training and education," Kelly Cahalan, Media Operations Branch Chief for AFRICOM, told DW. 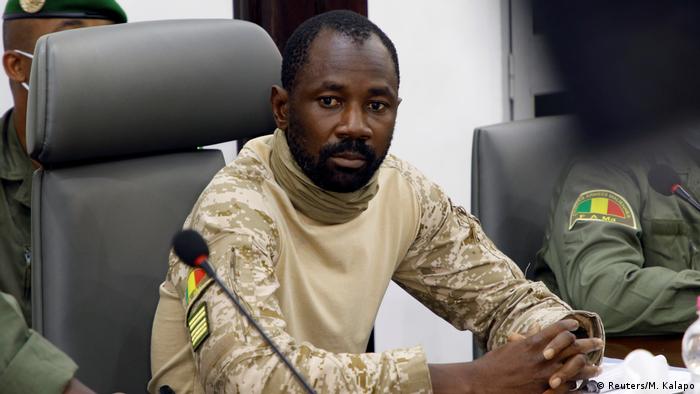 The US Army says Colonel Assimi Goita got military training in the US, but AFRICOM distanced itself from the coup leaders

Goita also participated in a program on terrorism and security studies at the George C. Marshall European Center in Germany.

Following the coup, the US Department of Defense is reviewing the situation on the ground in Mali for any potential impacts on US military assistance, according to Cahalan. "Until the review is complete, there will be no further training or support to the Malian armed forces," Cahalan said. 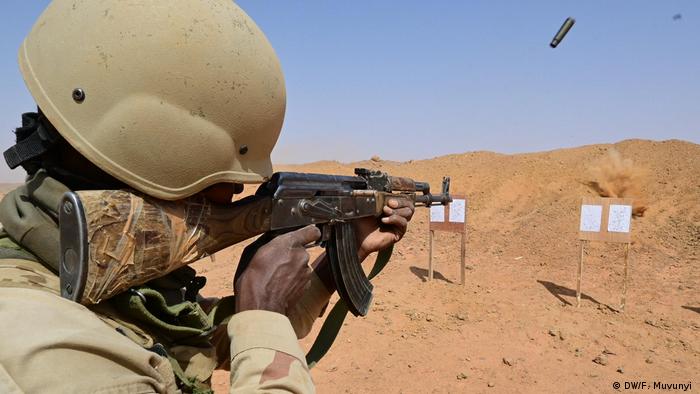 But according to Judd Devermont, Director of the Africa Program for Center for Strategic and International Studies (CSIS) — a US-based think tank, the reality is that many African military officers receive training abroad, and they tend to be natural leaders who are decisive, charismatic and confident.

"The qualities that recommend them for foreign training are the same ones that make them effective coup leaders," Devermont told DW, as he weighed in on why Russia is in focus in connection with the recent coup in Mali.

Russia-Mali ties in the spotlight

Analysts say the relations between Mali and Russia go back to the 1960s following Mali's independence from France. But they were also quick to argue that France and its Western allies' have so far failed to stabilize Mali.

"When Malians went out last January to ask for the departure of foreign forces in Mali, their objective was [to call for] Russia's return," Fatoumata Coulibaly, professor at the University of Bamako, told DW.

But according to the Stockholm International Peace Research Institute (SIPRI), the military cooperation between Mali and Russia is "very poor."

"Russia has not been involved in any major arms deals with Mali, except for the 2016 deal when Mali signed a contract with Russia for an estimated four Mi-35M combat helicopters," Alexandra Kuimova, a researcher with SIPRI's Arms and Military Expenditure Program, told DW.

She added that Kremlin delivered at least two new Mi-35M combat helicopters to Mali between 2017 and 2019. According to Russian officials, the deal was a step towards further cooperation between the two countries.

Africa becoming a power-play field for Russia and the West

The think tank, CSIS has done extensive research on Russia's growing influence in Africa in recent years. The Kremlin has deepened its economic and military ties with the continent, especially when Russia was slapped with Western sanctions in 2014 — prompting a scramble for markets and partners.

"One of the reasons why Russia is so interested in Africa is to compete with the West. The more influence it has in Africa, the less control [there is] of the West," Filatova told DW.

According to SIPRI, in the last 10 years, Russia accounted for 16% of total arms exports to the African continent — excluding Egypt.

Every country uses its strong points, she said, adding that it's complicated for Russia to get trade items that they can offer to African countries on the top of what is being provided by Western governments and China.

"That's why apart from the military equipment, trade with Africa has never been significant. Of course, Russians are interested in mineral resources, but they can offer military assistance, and that's their strong point," she added.