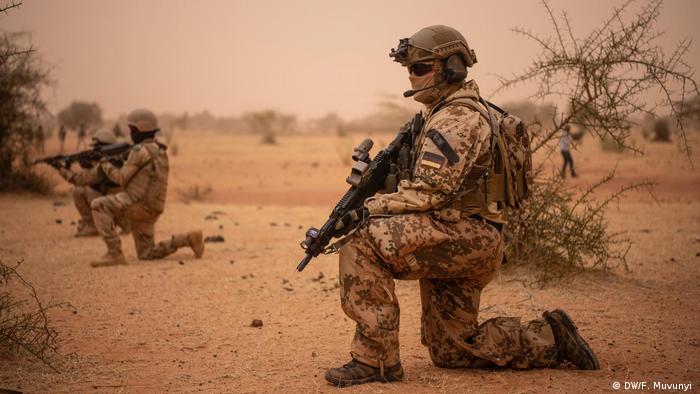 In Sahel desert – German special forces introduce Mauritanians to different shooting techniques and how to take care of their rifles in event of intense fighting. In an assimilated operation, Mauritanian soldiers alongside Germans walk a couple of miles in Kaedi, Mauritania. Then they attack a would-be terrorist stronghold. Two assailants are arrested in process.

The weather is a major challenge to the Western forces operating in the Sahel. "We look at what Mauritanians do to cope with the weather and we adjust accordingly to make sure that we are not tired,” the head of the German special team in Mauritania tells DW.  His name is withheld for safety reasons. 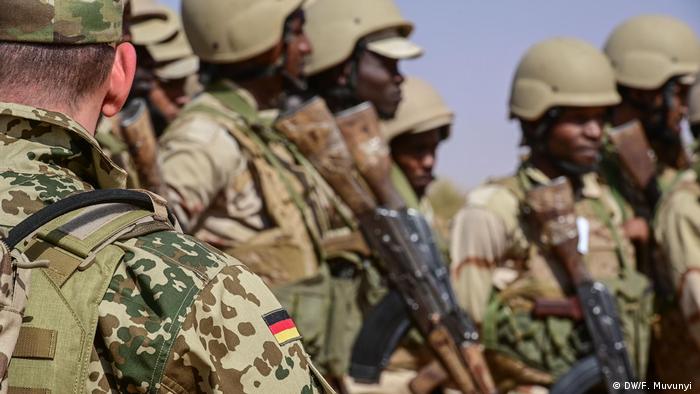 The German army, known as the Bundeswehr, is currently engaged in one UN and one EU mission in Mali and another EU mission in Somalia. Around 840 German soldiers are in Mali.

Scores of German special forces have been conducting training West African soldiers in Mauritania, under US-led military exercise known as Flintlock. At least 31 countries from Europe, Africa and America, participated in the annual exercise.

US officials sought to reassure its allies

While the conflict in Sahel is taking toll, the US is planning a military drawdown in Africa – a decision that has left its allies in Europe and Africa shocked. But the Public Affairs Director for the US' Special Operations Command – Africa says the military capability in Africa will not change if the drawdown happens.

"I don't want to get into that because it's speculative at this point. That's a decision that hasn't been made and rest up to the Secretary of Defense in the United States,” Major Andrew Caulk says. 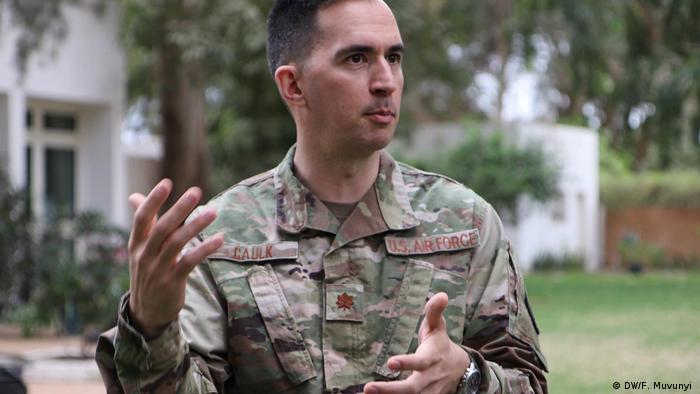 Caulk says the talk about resizing US troops in Africa is overshadowing the work done by countries like France incombatting terrorism in the Sahel.

"The French have lost forces fighting alongside African partners. The African partners are also taking causalities and I think we have to recognize them and honor them for their sacrifices to protect their people.”

Caulk's statement emphasizes the notion that the international community sees the Sahel as France's territory and certainly Europe's problem.

The US is seen as a bridge that connects the Sahelians and Paris amid the tainted image of France due to its colonial history in Africa.

"We work with Americans – we get their support,” Chadian Lieutenant Mahamat Saleh Erda tells DW. Erda is confident that his country stands firm and can now repel terrorists' attacks with or without the support of the United States.

"We have to figure out what to do as a country when they leave.”

There are approximately 6,000 US military personnel deployed to Africa, including some 800 in West Africa and 500 Special Operations Forces in Somalia. The EU has 15,000 troops operating in West Africa.

France and Germany are pushing forgreater EU involvement in counterterrorism operations in the Sahel through a new special forces task force called Takuba. 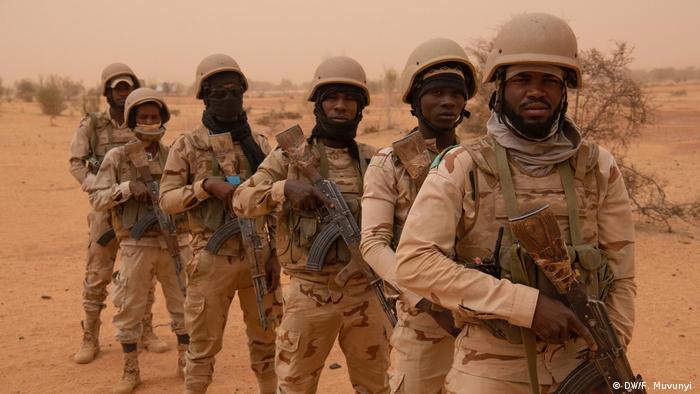 Mauritanian soldiers are trained for combat operations during Flintlock

Experts say the Trump administration's interest is limited, especially compared to his predecessors. "His personal engagement has been stunningly low,” says Judd Devermont, Africa Program Director at the Center for Strategic and International Studies.

Trump has hosted only Nigerian President Muhammadu Buhari and Kenyan President Uhuru Kenyatta in the White House. All of Trump's predecessors, starting with President Kennedy, have met with more African leaders than the current US president.

Devermont adds that the decision to cut down troops in Africa will have adverse effects on US programs and resources overseen by other departments and agencies that work closely with the US military.

"Moreover, it threatens to revive criticism that the United States does not care about Africa and undercut progress in strengthening US relations with African partners.” 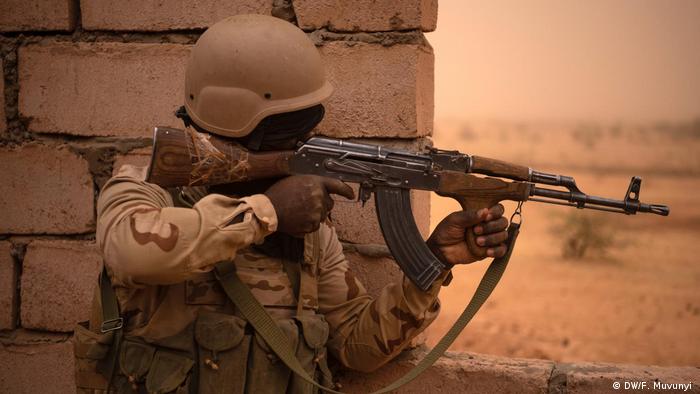 The violence linked to the jihadist groups are doubling every year since 2015. Over 2,600 people were killed in 2019 alone. Mali, Burkina Faso, Niger and Chad are hugely affected – while Mauritania has, so far, kept the jihadists at bay. No terrorist attack has been recorded since December 2012.

US ambassador in Nouakchott calls Mauritania a "success story in the region” that other neighbors should emulate.

"There has been concerted effort led by the Mauritanian government to make sure that there's a message coming from Imams – coming throughout the society – a one based on tolerance, based on a moderate form of Islam,” Ambassador Michael J. Dodman says.

Experts say the Mauritanian response, based on an ideology that portrays Islam as a religion of tolerance, has so far helped to reconcile citizens with faith. The approach has also been discrediting jihadists in the eyes of the population by dismantling ideological claims made by militants.