Terror in the Sahel 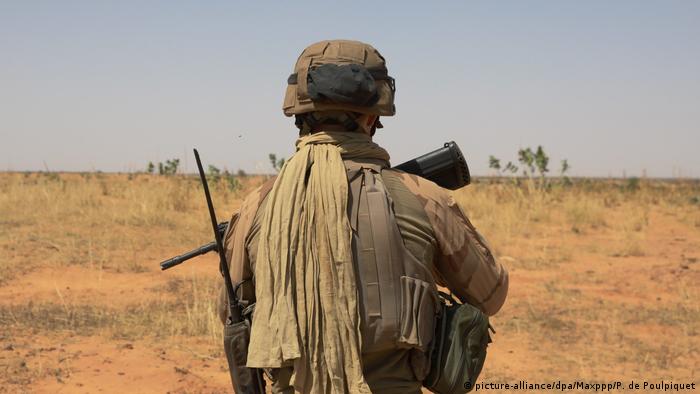 At least 25 soldiers and dozens of jihadists were killed by suspected Islamic militants on Thursday during an attack on a military camp in the western Niger town of Chinagodrar near the border with Mali.

Earlier in the day, 20 people were injured in northern Mali's restive Kidal region, including 18 UN peacekeepers from Chad, in a rocket attack on a military base for UN, French and Malian forces. Six of the peacekeepers from the MINUSMA mission were seriously wounded by the attack on the base in the town of Tessalit.

Next week's three-hour meeting in the French city of Pau is due to focus on the fight against terrorism in Africa's Sahel region.

Stability in the Sahel is also important for Europe

The goal of the Pau summit was to adopt a new, common strategy for military missions in West Africa. French troops have been stationed in West Africa since 2014 under the military Operation Barkhane. The five states on the southern edge of the Sahara founded their own joint reaction force in 2018 with 5,000 soldiers from all five countries. The United Nations is also in Mali with its MINUSMA mission. But the lack of coordination, frequent fatal accidents and attacks has shaken trust in the mission. 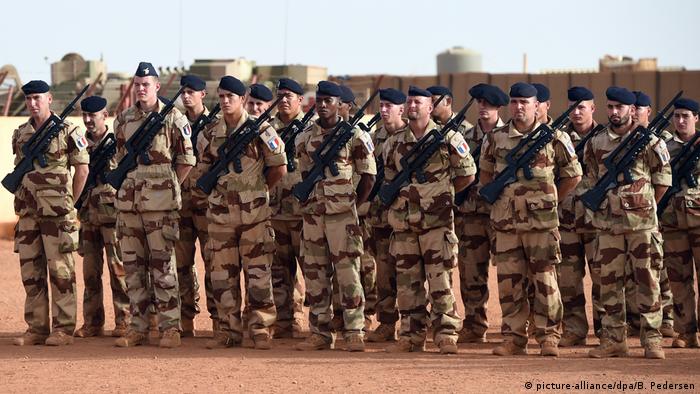 The French force is a 3,000-strong counter-terrorism force, with 1,000 soldiers to be deployed indefinitely in Mali

"Despite all military efforts that have been put in, more is needed to tackle the problem of jihadist terrorism in the Sahel," said Paul Melly, a West Africa expert at the London-based think tank Chatham House.

"Essentially everybody, the governments of Sahel, governments of West Africa more generally and international partners [France, Germany, the EU, the UN] recognize that."

Mohamed Ibn Chambas, the United Nations envoy for West Africa and the Sahel, told the UN Security Council on Wednesday that the region has experienced " a devastating surge in terrorist attacks against civilian and military targets'' in recent months. Chambas said the "unprecedented terrorist violence'' has shaken public confidence.

"Countries in the European Union have agreed to support French troops, because stability in the Sahel is the fundamental interest of Europe — for its own security, not just for West Africa," Paul Melly said. The south of Europe almost borders the Sahel, he added.

However, resistance to the French military mission is growing in West Africa. "There is a big problem," said Melly. "There is a growing resentment against this sort of visible international military presence and the fact that the French are the former colonial power in lots of these countries gives it an extra edge." France is the only European country ready to deploy large numbers of troops and high-tech equipment, he noted. 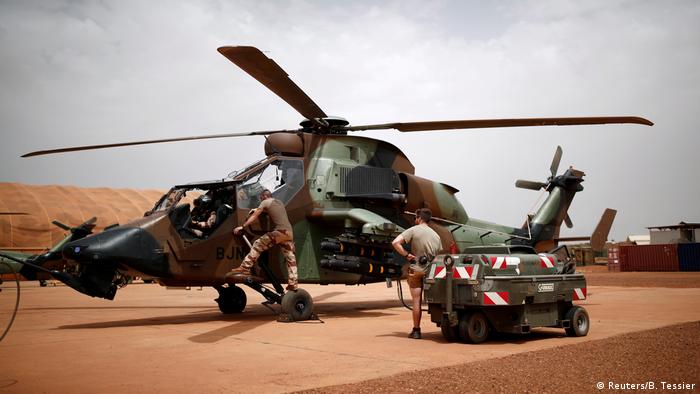 The death of French soldiers during a military exercise prompted Macron to hold the summit in Pau, France home of the troops

In November, a combat operation against jihadists led to an accident in Mali: Two French attack helicopters collided killing 13 French soldiers. In December, 71 African soldiers were killed in an Islamist attack on a military base in western Niger.

"After the losses we suffered in different countries and during operation Barkhane, it was necessary to sit down and see if we had to change course or correct it," said Soumeylou Boubeye Maiga, Mali's former prime minister, in December. "We all know that the fight against terror in the Sahel is not easy, that it takes place very close to the population and therefore has a strong influence on public opinion." Boubeye Maiga added. And that plays an important role.

According to the news agency AFP, a rally against French military presence is planned in the Malian capital Bamako on Friday.

Justify foreign troops in the country

"President Macron hopes that the leaders of the Sahel will publicly acknowledge the importance of the French military presence and recognize its use," Paul Melly said. Macron must also appease French citizens, who are wary about the military mission in West Africa. "But these are democratic countries, whose presidents have to compete in elections, such as the upcoming polls in Burkina Faso and Niger. It is not easy to justify foreign troops in the country."

There are also allegations that Macron "ordered" the African heads of state to France. This decision for the summit in Pau was made right after the helicopter crash in Mali, according to Melly. The soldiers that died in the helicopter crash came from the garrison town of Pau. Macron wants to commemorate them with his African counterparts. 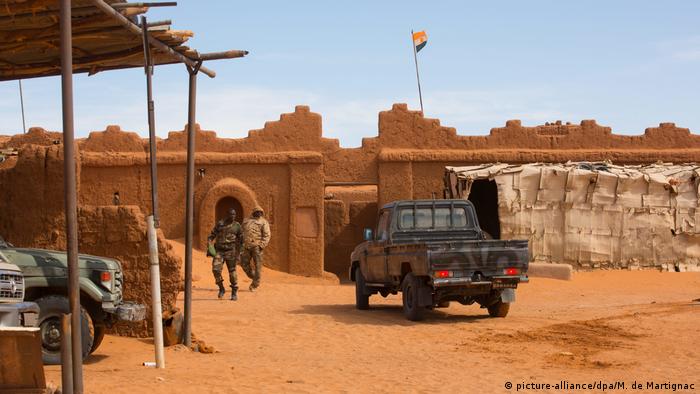 Macron attempted to calm growing resentments in West Africa by paying his respect to deseased Nigerien soldiers at their graves in Niger. Since then the political climate has improved said Melly. But not everyone is convinced. "No matter what gesture he makes, Macron is seen as the one who asked his partners in the Sahel to suppress critical statements against the presence of foreign troops," said Moussa Tchangari who represents civil societies in Niger. Authorities in Niger had previously banned a demonstration against French troops in the Sahel.

Ahmedou Ould Abdallah, former foreign minister of Mauritania, also thinks African governments have a duty to open up the political space for civil societies and opposition parties. "I have said it again and again: If the Islamists are in solidarity, we in our countries must also be in solidarity, and we must show this through a patriotic and common front. The government and the economy must be open to all strata of the population." At the same time, Abdallah believes the army must become more professional.

Boosting counter-terrorism support for countries in West Africa has become one of Angela Merkel's main priorities on the continent. The chancellor has now pledged millions to improve security in the Sahel region. (01.05.2019)

Suspected Islamist militants have killed more than 70 soldiers in an attack on a remote military post in western Niger. It is the deadliest assault on the West African country's military in recent history. (12.12.2019)