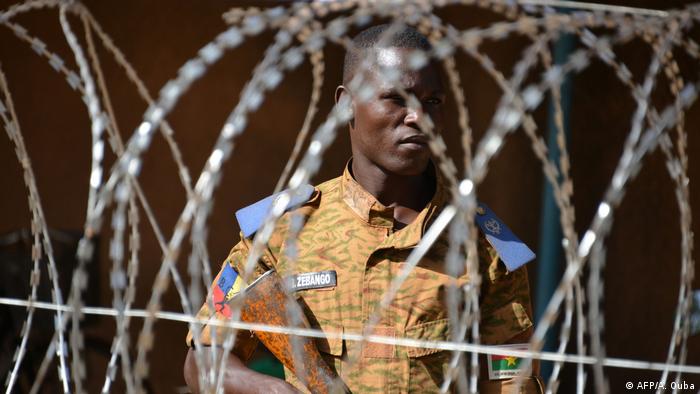 President Roch Marc Christian Kabore on Wednesday praised the "bravery" of defense forces, who according to a security source, repelled Tuesday morning's jihadist attack on the northern town of Arbinda and a military base nearby.

Security sources quoted by the French news agency AFP late Wednesday said another attack on a military patrol at Hallele in Soum province on Tuesday had left "around a dozen soldiers" dead.

No group immediately claimed responsibility for Tuesday morning's assault — one of the deadliest in five years of Sahel violence blamed on militants linked to both al-Qaeda and Islamic State groups.

Burkina Faso's army said seven of its soldiers and 80 assailants also died during a three-hour fight-back around Arbinda.

Air force intervention helped drive back the militants, according to the unnamed security source also quoted by AFP.

Kabore declared 48 hours of mourning. Government spokesman Remis Dandjinou was quoted by the French news agency AFP as saying that 31 of the 35 civilians killed were women.

From Brussels, the European Council president, Charles Michel of Belgium, tweeted that the European Union "stands by Africa in its battle with terrorism."

From Niger, which borders Burkina Faso, President Mahamadou Issoufou offered his country's "condolences for all civilian and military victims."

Tuesday's attacks followed a visit late last week by French President Emmanuel Macron to Ivory Coast and Niger, where he urged that a clear "strategic framework" emerge when he hosts G5 Sahel leaders at a summit at Pau in southern France on January 13. 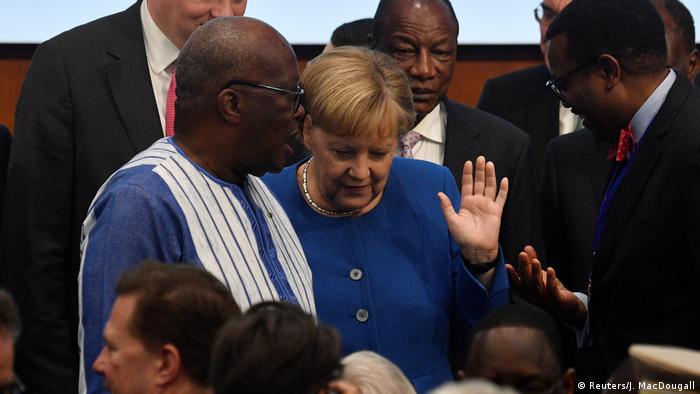 November 19: Kabore with Germany's Angela Merkel at a Africa summit in Berlin

Islamic extremism erupted in Mali in 2012, prompting a 2013 French-led military intervention and the deployment of a 13,000-strong UN peacekeeping force.

Deadly attacks followed in Burkina Faso's capital Ouagadougou in 2016 and 2017, both of which targeted locations popular with foreigners.

More than half a million people have been displaced by frequent attacks in Burkina Faso's north and east, according to United Nations estimates.

In his Christmas message Wednesday, Roman Catholic Pope Francis referred specifically to Burkina Faso, Mali, Niger and Nigeria, urging "comfort to those who are persecuted for their religious faith."

An army patrol near Hallale in the Sahel region was ambushed early in the day, according to the radio station. At least five of the attackers were killed in the gunfire exchange.

The onslaught occurred just hours after the previous attack.