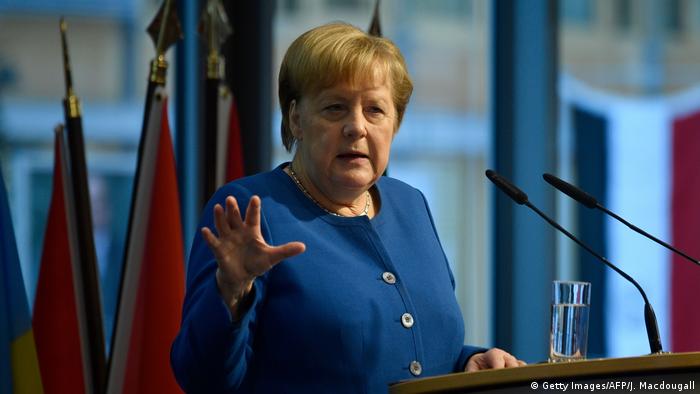 Berlin's second "Compact with Africa" dialogue, launched in 2017 when Germany held the G20 presidency and set to run for two days, began in Berlin Tuesday, with heads of government and business from 12 African partner nations invited.

Acknowledging that she had visited fewer than half of Africa's 54 nations, Merkel said she was "convinced" that boosting private investment from Europe's largest economy would help the African continent to achieve a "self-supporting upturn."

The first guest speaker, authoritarian Egyptian President Abdel-Fattah el-Sissi, said investment would be a "stabilizing factor" for employment and energy supply across Africa. 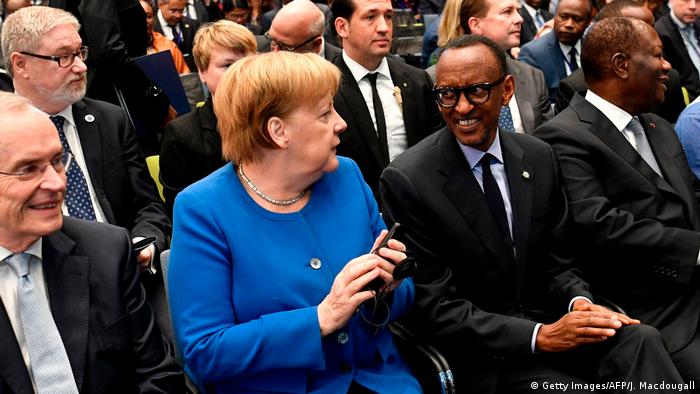 "We should do everything we can to cooperate with Africa — not to talk about Africa, but to do something together," Merkel said.

German Development Minister Gerd Müller told the German newspaper Passauer Neue Presse that Africa, whose population is set to double by 2050 and has an average age of 22, represented "enormous consumer potential."

That was especially the case in the global push for renewable energy technologies to tackle climate disruption, said Müller, whose ministry plans stakes in 200 digital projects across Africa.

"We want to encourage German firms to make key investments in this sector," said Müller, who plans to sign partnerships with Morocco, Tunisia and Ethiopia in addition to existing arrangements with Ivory Coast, Senegal and Ghana.

Despite a German development fund worth €1 billion ($1.1 billion) made available a year ago, French and British firms were investing "many times over" in Africa, Müller told the business daily Handelsblatt, adding that German industry must show a "new breakthrough mood."

The hesitance stemmed from banks that as a rule refused to back credits for firms in Africa's energy and transport sectors because they saw the risks as "too high," said Stefan Liebing, chairman of the German-African Business Association.

Investment in Africa was "correct" in attempts to create jobs and tackle the root cause of migration, Liebing also told ZDF public television.

Around 800 companies with German capital are currently active in Africa. Only 5% of other German firms plan such investments in the future, according to Germany's Allensbach Institute.

An index to boost investment reliability is planned by the Bonn-Rhein-Sieg University of Applied Science, located near Germany's former capital.

Criticism also came from the German Protestant church development agency Brot für die Welt [Bread for the World], whose Africa director Reinhard Palm said no representatives of Africa's civil society had been invited to the Berlin summit — despite repeated calls.

Although welcoming Germany's bid to boost investment, Palm said those likely to profit would be middle-sized and large investors and not small-to-medium Africa businesses that had "great problems" to get capital long-term.

"Compact with Africa" also focused too much on economic liberalization while not adequately considering sustainability criteria, Palm said.

China's influence in Zambia has spread dramatically in recent years. The vast sums being invested are leaving unprecedented mark on the economy of the landlocked nation. Many Zambians are now raising eyebrows. (09.04.2019)

German-Africa Summit: Chancellor Merkel's goodbye and the end of an era 27.08.2021

Many African heads of state saw off German Chancellor Angela Merkel at the Compact with Africa summit in Berlin. Merkel once more underlined Africa's potential — and what needs to be done to use it.