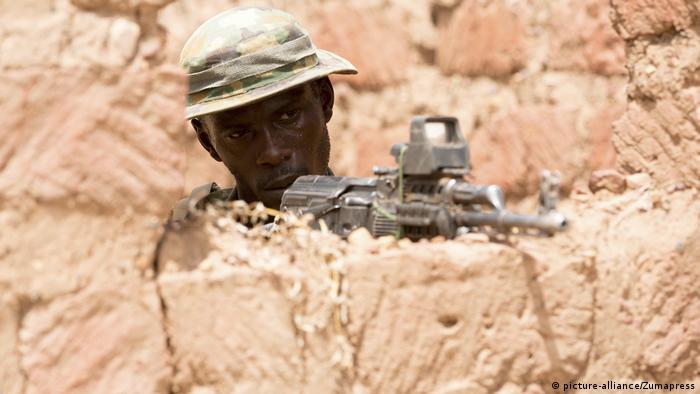 According to a military statement, the jihadis assaulted the town in the country's northern Sahel region after a failed attempt to attack a military detachment in Soum province earlier on Tuesday. The military succeeded in seizing a large number of weapons and motorbikes from the militants.

"As they fled, in a cowardly way the terrorists killed 35 civilians of whom 31 were women," the government said in a separate statement.

"The heroic action of our soldiers has made it possible to neutralize 80 terrorists," the president said, calling the attack "barbaric." 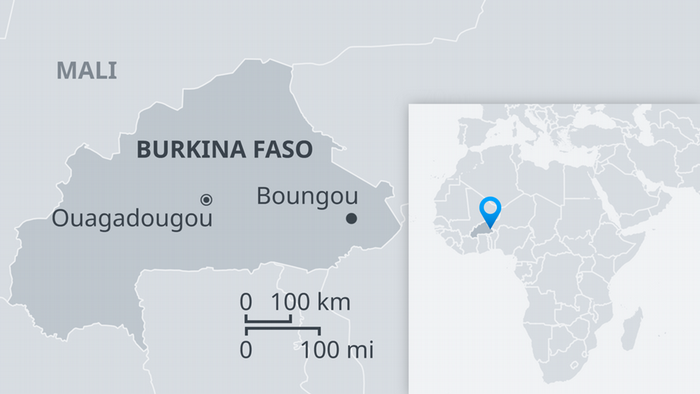 The attack comes just a week after French President Emmanuel Macron visited the region, where thousands of French troops are working with G5 Sahel nations  — Burkina Faso, Chad, Mali, Mauritania and Niger — to fight a number of Islamist insurgent groups.

However, despite a concerted effort by the countries, France and the US, they have collectively failed to gain control of the region.

Militants crossing over the porous border from northern neighbor Mali have been adding to Burkina Faso's homegrown insurgency. In November, an attack on a mining convoy killed 40 people.

Since 2015 violence in Burkina Faso, which has also impacted neighboring Mali and Niger, has killed hundreds of people and displaced more than a half million civilians.

Gold mines in isolated areas of Africa’s Sahel region have become a welcome source of income for terrorists. Recent attacks in Burkina Faso show that security forces in the region are unable to gain the upper hand. (17.11.2019)

Mali: Dozens killed and missing in attack on army camps

At least 40 people have been killed and 60 more are missing following an attack by extremists on two military camps in Mali, the country's government said. An al-Qaida-linked group is accused of being behind it. (02.10.2019)