G5 force too small to curb militancy in Sahel

The killing of 24 soldiers by Islamist militants in Mali has called to questioning the strength of the G5 Sahel troops. Paul Melly of Chatham House says they are insufficient to curb militancy in the region. 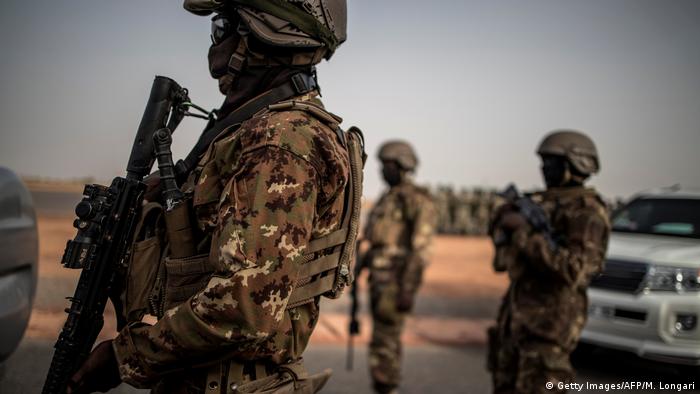 DW: On Monday, November 18, at least 24 soldiers were killed by militants. How is this attack different from previous ones?

Paul Melly: This is the third time in just a few weeks that dozens of Malian soldiers have been killed. What is different this time though, is that the attack happened in the middle of an operation by the Malian and the Nigerien army working together to fight the jihadists. And the evidence is that quite a lot of the attackers were also killed and the Nigerien forces were reported to have actually captured something like 100 of the attackers. So it's a slightly different situation to the previous attacks where the Malian army was simply ambushed before it could repulse. 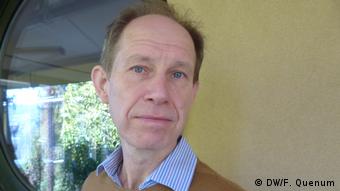 Paul Melly is a consulting fellow with Africa program at Chatham House.

What is generally the motive behind these attacks?

There seem to be two main factors. The largest one is that the jihadist groups are trying to break the morale of the Malian army by killing very large numbers of soldiers, especially in ambushes and not taking prisoners in many cases or killing people after they've been captured. They are trying to shatter the morale and discourage soldiers and undermine popular public support for the deployment of the army to the north. But the second thing is that the jihadists are also trying to steal equipment and weapons, and the easiest way to do that is to successfully attack an army detachment or an army garrison.

A 5,000 person West African regional force has been in the Sahel region for five years to curb extremism. Why has it been difficult to stop these jihadist attacks?

This is a huge region. You are talking about distances of hundreds or even thousands of kilometers. 5,000 soldiers in the G5 joint force operating in the border areas is really quite a small number of people. Even if you then add in the other detachments of the Sahel armies and the French military with four and half thousand troops, it is still a relatively small number of soldiers to engage in operations to try and tackle the jihadists.

So what could be the best approach to combat this insurgency in the region?

Well, everybody agrees that it's important to complement the military effort with development spending and development programs. But, of course, it's very difficult to put this into effect if there's so much violence. One of the problems is that sometimes public servants, school teachers, administrators and so on, can be targeted by the armed groups. The other dimension which is really necessary, is increased cooperation between the national militaries of the Sahelian countries. They're already doing it to some extent with the joint force, but it obviously needs to be reinforced.

Paul Melly is a consulting fellow with Africa program at Chatham House.

France's Defense Ministry has confirmed the death of a leader of the West African Islamic extremist group JNIM. The group is one of many militant groups with links to "Islamic State" and al-Qaeda. (06.11.2019)