The latest massacre of Fulani villagers in central Mali has highlighted the dramatic collapse of a once peaceful state. Despite a strong international presence, violence between ethnic communities continues to escalate. 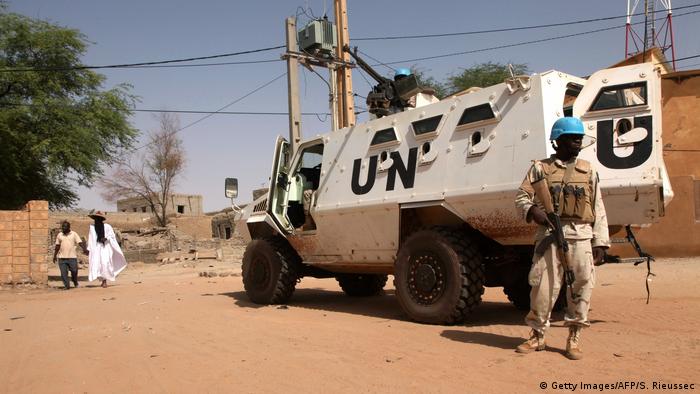 The brutal massacre over the weekend of 154 Fulani men, women and children in central Mali once again drew the world's attention to a once peaceful state now dogged by ongoing violence.

The massacre took place as a delegation from the United Nations Security Council visited the unstable Sahel region to assess the security situation amid the threat of Islamic extremist groups.

Despite the ongoing presence of international observers, Mali's seven-year-long security crisis — which was sparked by the Tuareg rebellion of 2012 in the country's north — shows little sign of abating.  The reasons for the conflict are complex but are ultimately linked to a persistent cycle of exploitation, corruption and violence.

Jihadist fighters have emerged as a threat across central Mali over the past four years. Extremists linked to al-Qaeda first attempted to take over parts of the country's north at the beginning of the Tuareg rebellion in a bid to exploit a wave of chaos and disorder, but were soon driven out by French-led forces in early 2013. However, a number of jihadist groups eventually resurfaced and remain active, especially in the center of the country.

One group in particular, which is led by radical Islamist preacher Amadou Koufa, has recruited primarily from the Fulani community, also known as the Peul — a largely mobile population spread across more than a dozen West African states. While some have settled in cities, many continue to live as semi-nomadic herders. Across the region, the Fulani have long complained that they have been marginalized by the authorities. 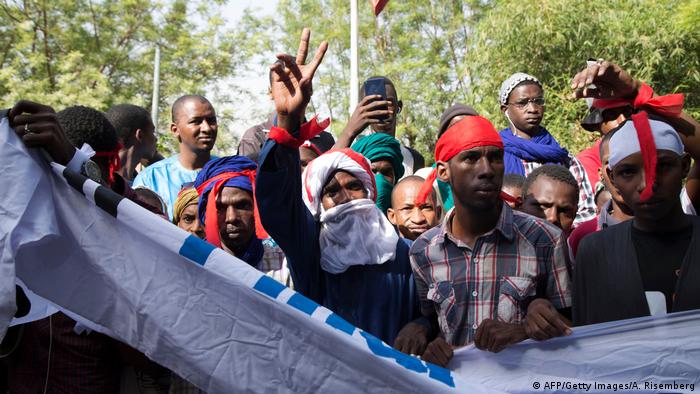 "There are practically no leaders at the local level, no mayors or village leaders," Peul spokesman Abdoul Aziz Diallo told DW. "Local communities are left alone to fend for themselves."

This rise in anti-government sentiment has made the group an easy target for jihadists looking to recruit.

"[Jihadist groups] are exploiting grievances that [the Fulani] have," Corinne Dufka, the Director of Human Rights Watch in West Africa, told DW. "Grievances with the state and grievances with pretty corruption, banditry and cattle theft."

A vicious cycle of violence

The jihadist threat has also taken a more insidious form of sparking a surge in collective punishment among ethnic groups which previously lived in relative peace. Although the Fulani community is no stranger to clashes over resources with the Bambara and Dogon communities — who primarily make their living from farming — their link to jihadist groups added a new dimension to an age-old conflict.

"What destabilizes Mali is mainly the outsiders," Diallo said. "Otherwise there is really no reason for any [violent] conflict between the Dogon and Peul communities."

"The really important dynamic here is that the armed Islamists have stopped the Dogons from cultivating," says Dufka. "Last year this dynamic led to a famine in a region near the Burkina Faso border in which dozens of people died."

This in turn impelled the Bambara and Dogon to set up their own militia ready to retaliate against attacks on their people and their livelihood. And so a cycle of violence began.

"The Islamists strategically target the Dogon, quite aware that their reprisals will be very heavy," Dukfa said. "And then they come in and engage [the Fulani] in recruitment."

The Fulani community has repeatedly asked for more protection from the authorities, claiming the government frequently turns a blind eye to Dogan attacks. In 2018, Human Rights Watch documented 26 attacks again Fulani villages, in which at least 156 people were killed by militias. In total, jihadist militia violence in Mali claimed 202 lives last year.

"There have been abuses by both sides, though the abuses by the Dogon militia have been exponentially more lethal," Dufka told DW. 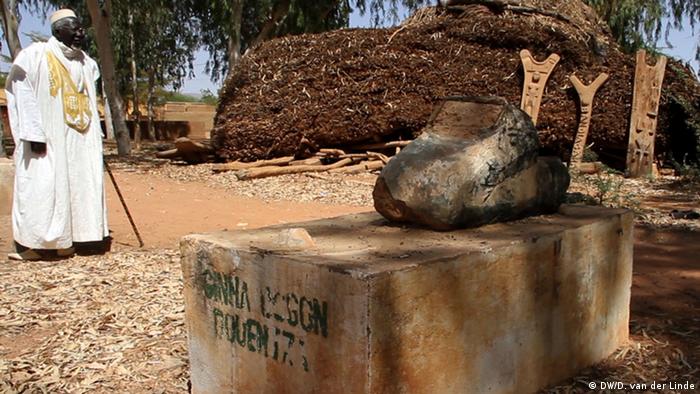 Mali's government quickly responded to the latest massacre of Fulani villagers by sacking two generals, including the chief of staff and chief of land forces, and issuing an outright ban on the Dogon militia group Dan Na Ambassagou, which has been frequently accused of attacking Fulani villages. But Dufka says the government needs to be cautious as to which steps it takes from here.

"The Malian government has to ensure that their response is scrupulously neutral, because the Peul population believes that the security forces are acting in an impartial way and favoring the Dogon and other militias."

Diallo believes that the latest attack proves the "authority of the Malian state is non-existent."

"We have alerted the government to [the militias] and warned them that there is a big danger in the Peul region," he said.

Chic Dambach, the former CEO of the Alliance for Peacebuilding and a former Nobel Peace Prize nominee, told DW that corruption and the resulting lack of trust and confidence in the Malian government is at the core of much of the conflict.

"There are some very good people in the Malian government," he said. "There are also some unscrupulous people who resort to a culture of corruption. In terms of longterm peacebuilding in the country, addressing corruption is a top priority. It just has to be done." 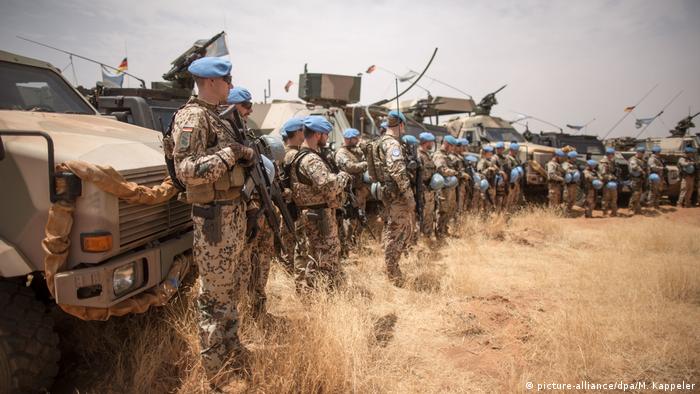 Re-building a former 'beacon of democracy'

Prior to the current security crisis, Mali was frequently referred to by international observers as a "beacon of democracy" in West Africa. Now large parts of the country are essentially lawless, despite the presence of UN peacekeepers, a French military contingent and the creation of a five-nation military force in the region known as the G5 Sahel.

"The burden of restoring stability is not only on the state, but also on the people and Mali's international partners," says Dukfa. "Also the aspect of the rule of law has not been emphasized enough during this entire process."

In June 2018, shortly before the re-election of President Ibrahim Boubacar Keita, Mali's National Assembly approved a new "law of national understanding" which was based on the Agreement on Peace and Reconciliation in Mali which was signed in Algiers in 2015. But so far, little has changed on the ground.

"We thought we had the answer a few years ago with the agreement that laid out a process to resolve these kinds of disputes, but things are getting worse instead of better," Dambach said.

Paul Melly, a consulting fellow with the Africa Program at Chatham House, believes rural communities have a vital role to play when it comes to peacebuilding.

"There's been a loss of trust and a breakdown of the traditional structures for resolving conflicts over issues like land," he told DW. "Obviously the government can't be everywhere. For that reason, it's really important that the local community networks for resolving disputes peacefully be restored."

As renewed infighting among Tuareg groups threatens to derail a 2015 peace agreement, the UN has found mass graves in a northern Mali town. It also found evidence of the forced disappearance of children. (06.08.2017)