An old conflict is brewing in central Mali. Pastoralists and farmers are clashing, residents have been killed and thousands more have fled. DW spoke to Zahabi Ould Sidi Mohamed, a former minister of reconciliation. 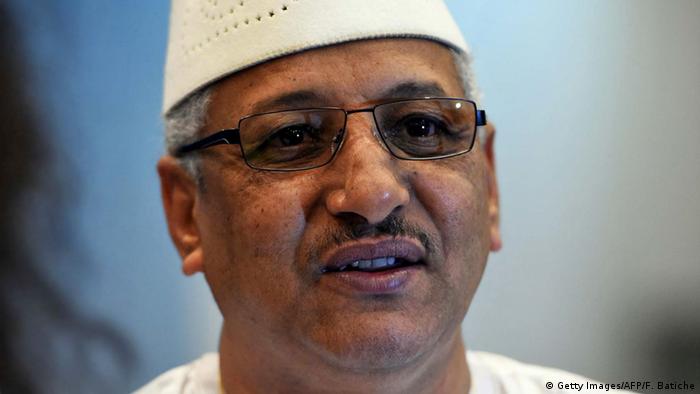 At least 25 people are said to have been killed in clashes between nomadic herdsmen and farmers in the past month in Mali. According to the United Nations, around 3,000 people fled to Burkina Faso in the past week. DW spoke to former Minister of Reconciliation Zahabi Ould Sidi Mohamed.

DW: The situation escalated even further when a local mayor ordered all herdsmen from the Fulani or Peul ethnic group to leave town within 48 hours. The government responded by declaring this order not valid and said that the mayor's actions would have consequences. How do you see the situation?

Zahabi Ould Sidi Mohamed: The Dogons are agriculturalists and the Peuls or Fulani are normadic pastoralists. The conflict between the two different ways of life, pastoralism and cultivation, has always existed. But I don't know if one really can say that there is conflict between these two communities, who have lived together in the same area for many years.

But there are parts of society that claim the Peuls are working together with radical Islamist groups. Where do these claims come from? Is it simply because most Fulanis are Muslim?

There is,of course, a tendency to generalize. But we shouldn't do that. Some of these problems could be more of a local nature. I don't think you can say that the Fulanis are being stigmatized as terrorists. But there are always people who want to fuel the conflict. That's not the right way of bringing peace to the Sahel. You have to bring together good-willed people and those people who want peace to create a dialogue and find solutions that are acceptable to all. These communities have lived together peacefully for hundreds of years.

What would you do to prevent a conflict if you were the person in charge?

Those responsible in Mali are aware of the problem and they are trying to find a solution. I know that there are difficulties. I also know that we have made it through much more difficult periods, which is why I know that we can solve this. The people of Mali know that it is important to remain unified and all Malians want stability and security – at least the majority of people do.

Do you think that the Dogons will be disarmed in the foreseeable future as they are using their weapons in clashes with the Fulanis?

No. There will be no disarming of only one group. If people in one specific area are disarmed, then this will affect all groups involved. This cannot be aimed at the Fulanis, Dogons, Tuaregs or Arabs. If such measures are taken, I guarantee you that it will affect all residents of the area.

The interview was conducted by Julien Adaye.

The UN has warned of growing instability in Mali, with chances that violence may spill into neighboring countries. Germany has made its mission in Mali a key defense priority, backing proposals to expand its role. (06.04.2018)