Timeline of the crisis in Mali

A peace deal signed by all parties to the conflict in Mali has yet to materialize. The country has been in a crisis ever since rebels demanded the independence of northern Mali three years ago. DW summarizes key events. 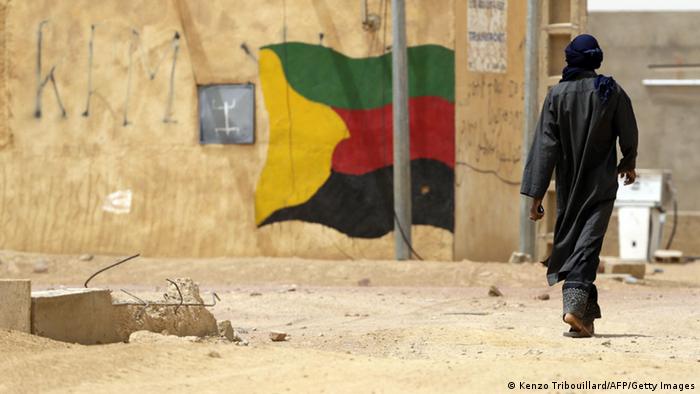 It was supposed to be a grand ceremony to mark the end of years of crisis: Eight African presidents were invited to Bamako to witness Mali's President Ibrahim Boubacar Keita sign a peace accord with separatists from the north of the country on Friday (15.05.2015).

The Coordination of Azawad Movements (CMA) had initialed the document ahead of the official signing ceremony, but the alliance has since demanded further negotiations. So there is still no end in sight to the crisis in the country, which started over three years ago.

January 17, 2012: Fighting breaks out in northern Mali between Tuareg rebels of the newly founded National Movement for the Liberation of Azawad (MNLA) and the military. Azawad is a name for northern Mali. The Islamist Ansar Dine group also takes up arms. Tens of thousands of Malians flee.

March 22, 2012: The military led by Captain Amadou Sanogo launches a coup against President Amadou Toumani Toure – about one month ahead of scheduled presidential elections. 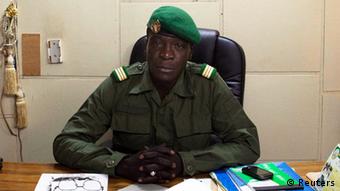 Sanogo cites a lack of support for the military in the fight against the rebels in the north as the reason for the coup. The constitution is suspended.

March 30 – April 1, 2012: Tuareg rebels capture Kidal, Gao and Timbuktu, the major towns in northern Mali, thereby bringing about two-thirds of the country under their control. Within days, indications of a division in the rebel alliance become visible.

On April 6, the secular MNLA Tuareg rebels declare a new state, Azawad, which does not receive international recognition. The Islamist Ansar Dine rebels and their allies, Al Qaeda in the Islamic Maghreb (AQIM) and the Movement for Oneness and Jihad in West Africa (MUJAO), are against an independent state. Instead, they want Sharia law to be established in the state of Mali. They soon get the upper hand and repeatedly commit atrocities in the name of Islamic law.

April 12, 2012: Interim President Dioncounda Traore is sworn in so that the country may have a leader after the coup.

April 24, 2012: Traore forms an interim government consisting of members of the military and technocrats.

May –July , 2012: Islamists destroy a mausoleum in Timbuktu, which was classified a UNESCO World Heritage site. In doing so, they launch an attack on northern Mali's moderate Islam. Further acts of destruction follow, robbing Timbuktu of valuable historical treasures. This further unsettles the international community and gives rise to the question of whether the destruction of the country's cultural heritage is a deliberate strategy of warfare.

December 2012: The UN Security Council authorized the deployment of peacekeepers by the Economic Community of West African States (ECOWAS). The bloc had agreed in mid-November to deploy 3,300 soldiers as part of the AFISMA mission.

January 2013: Supported by troops sent by France, the former colonial power, the Malian army succeeds in driving the Islamists out of large swathes of northern Mali. The French Operation Serval is authorized retroactively by the UN Security Council.

April 2013: The EU starts a training mission in Mali, in which German soldiers also take part. On April 25, the UN Security Council authorizes the establishment of the MINUSMA stabilization mission for Mali, which is to take over from the West African AFISMA mission. The mission is to start in July.

August 11, 2013: Ibrahim Boubacar Keita (aka IBK) is elected president by a clear majority in a run-off election and sworn in on September 4. Voter turnout is below 50 percent; many people are afraid to go to the polling stations. IBK's party also wins the parliamentary elections in December. 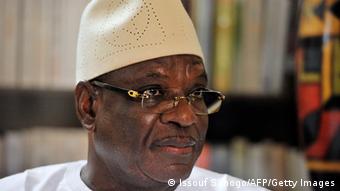 End of September 2013: The cease-fire agreement is buried as fighting between the rebels and government forces flares up again. Shortly afterwards, Malian and UN soldiers launch a major offensive.

May 22, 2014: At the end of May renewed fighting breaks out in northern Mali. The MNLA briefly retakes Kidal and many smaller towns in the region bordering Algeria and Niger, but the MNLA then signs a cease-fire agreement with the interim government in Bamako.

July 2014: Representatives of the Malian government and the rebels start peace negotiations in Algeria. The French Operation Serval becomes Operation Barkhane (the name refers to a sickle-shaped dune), aimed at fighting Islamists in five countries of the Sahel region. 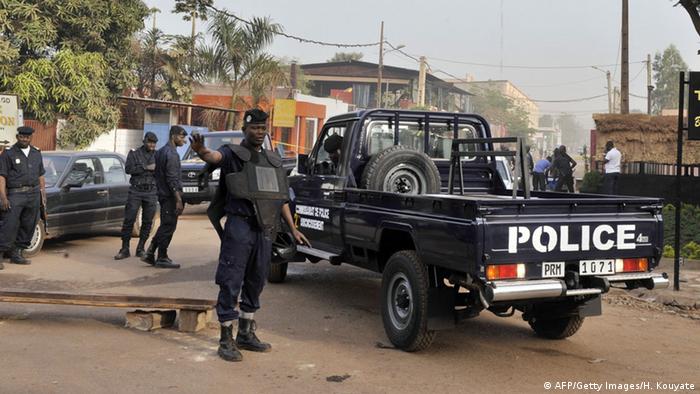 Mali's capital Bamako has suffered a string of attacks by Islamists.

March 2015: After five rounds of talks, the negotiations in Algiers lead to a peace agreement. But the Tuareg-led alliance taking part in the negotiations, the CMA, does not sign the deal, ostensibly because the groups involved want to consult their base. Only days later more people die in attacks.

May 13, 2015: After heavy fighting, representatives of the CMA initial a preliminary accord in Algier. But they demand further negotiations as a condition for their final signature.

Just days before a peace deal was due to be signed, separatist rebels have killed nine soldiers near Timbuktu in Mali. The UN peacekeeping mission has called on rebels to pull back. (12.05.2015)

After eight months of talks, the Malian government and Tuareg rebels are close to a peace deal. Now terror attacks are undermining hopes of an end to violence. (11.03.2015)

The United Nations has condemned an attack in Mali's capital which killed five people and wounded at least eight, including two UN experts. Jihadist group Al-Mourabitoun has claimed responsibility for the assault. (08.03.2015)