Just days before a peace deal was due to be signed, separatist rebels have killed nine soldiers near Timbuktu in Mali. The UN peacekeeping mission has called on rebels to pull back. 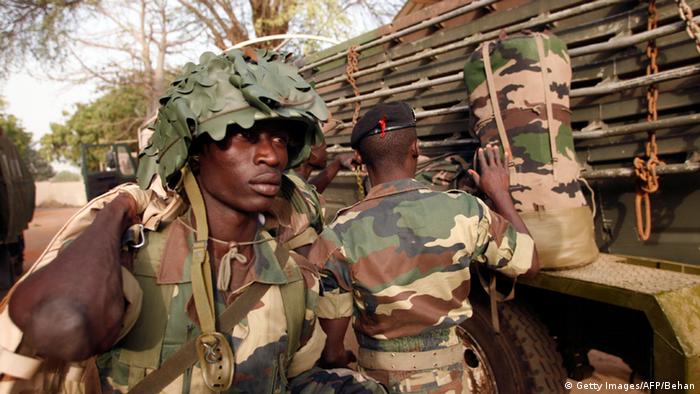 Mali's defense ministry said an army resupply convoy near Timbuktu had been ambushed by rebels, leaving nine soldiers dead and 14 others wounded.

A spokesman for the rebel umbrella group, the Coordination of Movements for Azawad (CMA), told Reuters they had killed about 20 people in the attack and had seized several vehicles.

Monday's attack took place between Timbuktu and Goundam, a town to the southwest where rebels remain active despite the presence of French and United Nations troops in the north of the country.

"The violence must end immediately and I call on all parties to show commitment on the ground to the process that will result in a signing of a peace deal on May 15," Mongi Hamdi, head of the UN mission in Mali, said.

Ethnic Tuareg militants took control of northern Mali in early 2012 but Islamic extremists linked to al Qaeda gained control of parts of the region, and the fighters, shortly afterwards.

Since last month, Tuareg rebel groups have been clashing with Malian forces and pro-government militias in the north of the country. Last week a soldier was killed along with ten rebels during a gun battle in the central market town of Tenenkou.

There have been months of talks hosted by Algeria but rebel groups have so far refused to sign the proposed peace deal which was due to be finalized on Friday.