The West African nation of Mali continues to be shaken by violence. In an exclusive DW interview, President Ibrahim Boubacar Keita said donors finally need to pay up and help fund the G5 Sahel anti-terror force. 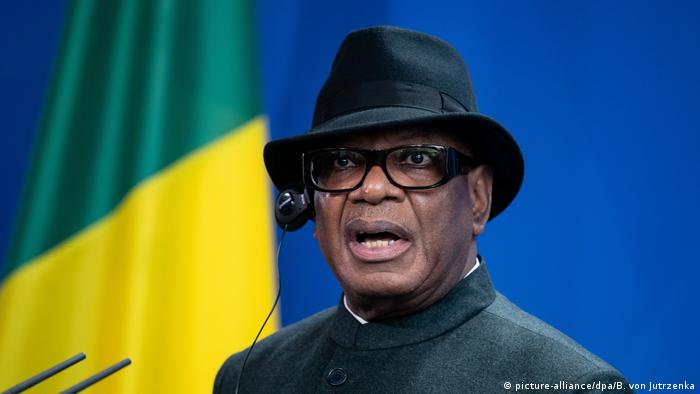 DW: In 2015, Mali's government signed a peace deal with armed rebel groups. But there is growing impatience in both Mali and Germany that this agreement still hasn't been implemented,. What seems to be the problem?

Ibrahim Boubacar Keita: Mali's government is working hard to promote this peace accord. We have already established new regions [as part of decentralization efforts] that have been functioning for about one and a half years. After such a crisis — when armed rebels attacked the government — you need peace and stability. That's why we have decided to disarm rebels.

But then you also have to offer something in return — the so-called Disarmament, Demobilization and Reintegration (DDR) process. Since this process, as agreed on with our international partners, was taking too long, we came up with a concept on how to speed it up. We have been able to disarm and demobilize 1,500 men who are now being reintegrated. Soon we will reach 5,000 and by the end of the project 20,000. So it's not going to take that long.

How fast this is going to go depends on our financial means as well. Even though there have been a number of donor conferences, there is a gap in what was promised and what we have received. 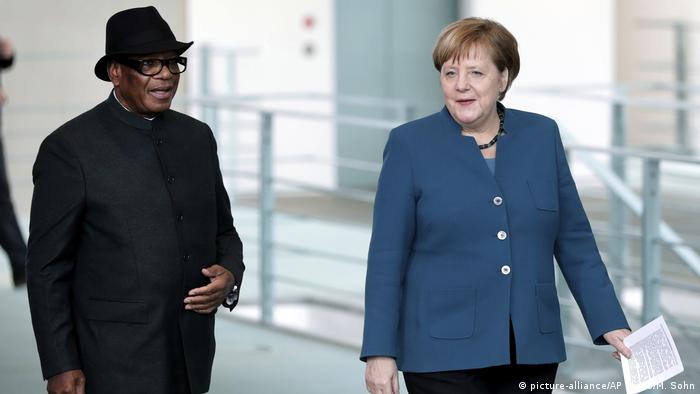 The G5 Sahel states Burkina Faso, Chad, Niger, Mauretania and Mali met this week to discuss how to beef up the fight against jihadists. The G5 Sahel regional counterterror force still lacks funding. What do you think needs to be done so the force is ready to go into action?

Many terrorists who have come under attack by international troops are fleeing to the Sahel region. That has been exacerbated by the situation in Libya that resembles anarchy. If the international community has come to an agreement to spend billions of dollars on East Africa that has been overrun by Daesh [the so-called "Islamic State"], then you should make sure the same phenomenon does not erupt at the other end of the continent.

If this protective barrier in the Sahel breaks, this phenomenon is going to spill over to Europe. We have a universal mission and I do not understand why the money that was promised has not come through yet. We are only talking about 423 million euros ($479 million).

But the five G5 Sahel states also haven't yet despatched the total number of troops they had agreed to for the mission.

On average, the countries are at 80 percent of committed battalions. That is a huge burden for our states in terms of personnel and finances since they do not have many of their own resources at their disposal.

Mali, for instance, invests 22 percent of its state revenue in security and defense. That is a lot. This money would be better spent on education, health, infrastructure and access roads for farmers. But still: if we hadn't already formed the G5 Sahel force, we would do so today!

There are still attacks in Mali and in Burkina Faso while Chad is pushing back against rebels from the north with the help of French troops. Why doesn't the G5 mission succeed in keeping terrorists at bay?

Even countries with better means have seen attacks. We are experiencing an asymmetrical war where the enemy sometimes turns out to be our neighbor, living among us. That makes the task of our troops extremely difficult. They are under great psychological and moral pressure.

Image a market scene. Our soldiers are there patrolling. All of a sudden someone triggers his suicide bomb belt while others take out Kalashnikovs hidden away in fruit and vegetable baskets and start shooting. If the soldiers react, what is going to be the headline? 'Massacre of civilians.' It's complicated. 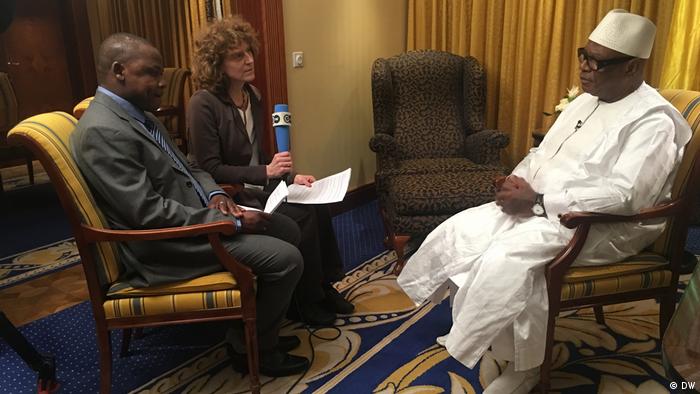 When will Mali's government regain control over the whole country? The state is largely absent in many regions at the moment.

Oh, it would be great if it would be very soon. But I am not the Oracle of Delphi; I am just Mali's humble president. But let's look at what's at hand: The peace and reconciliation agreement is on the right track, but it has to be implemented everywhere and by all signatories. We are also currently rebuilding our army by reintegrating disarmed rebels.

That has gone wrong once before. Many of those rebels who had been integrated into Mali's forces in 2006 defected back to the rebels at the start of the crisis in 2012.

An element of risk remains. But we have to bet on peace — peace and reason. People in the north, the young and the old, they all want peace. That's why we signed the peace accord in Algiers. And the different parties have done this voluntarily! Now everyone needs to fulfill their part of the deal. It's criminal, almost diabolical, to keep putting the peaceful population through yet another rebellion.

Violence between rival communities has claimed the lives of more civilians, Mali's government said. The region has been plagued by ethnic tensions, Islamist militant groups and conflict over resources. (02.01.2019)

The five-nation military force created to fight terrorism and crime in Africa's vast semi-arid Sahel region should have been operational by now. An attack on its Mali-based headquarters means a harder start. (03.07.2018)