Violence between rival communities has claimed the lives of more civilians, Mali's government said. The region has been plagued by ethnic tensions, Islamist militant groups and conflict over resources. 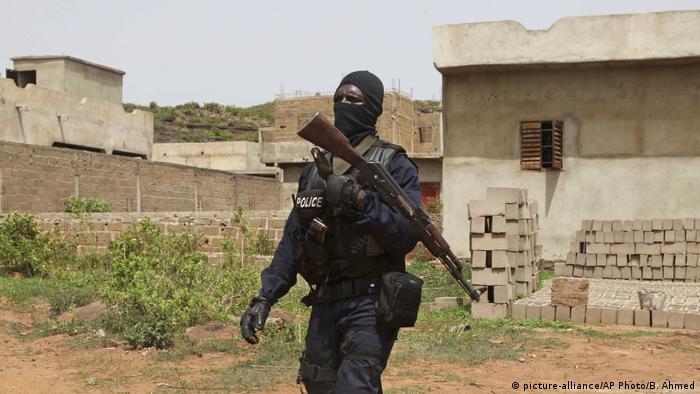 In total, 37 civilians belonging to the Fulani ethnic group were killed in an attack on a village in central Mali on Tuesday, the government said.

The attackers, "armed men dressed like traditional dozo hunters" according to a government statement, raided the village of Koulogon, located in the central Mopti region. Some of the victims were children.

Moulage Guindo, the mayor of the nearby town of Bankass, said the attack occurred around the time of the first call to prayer of the new year. Guindo said that the assailants targeted the Fulani part of Koulogon and that the other part of the village is mostly inhabited by Dogon, an ethnic group to which the Dozo are linked.

Mali's semiarid and desert regions have been used as a base by extreme Islamist militant groups with ties to al-Qaida and the so-called "Islamic State." The country has been in turmoil since Tuareg rebels and a loose alliance of Islamist insurgents took over large parts of its north in 2012, which prompted former colonial power France to intervene and help Malian forces push back the following year.

A United Nations peacekeeping mission of 15,500 troops and police, including about 400 German Bundeswehr soldiers and police, is still in the region.

Militant groups often tap into ethnic rivalries to recruit new members. Violence is fueled by accusations of Fulani grazing cattle in Dogon areas and disputes over access to land and water.

The United Nations recorded more than 500 civilian deaths in the area of central Mali in 2018.

At least 86 people have been killed in fighting between Muslim herders and Christian farmers. The attack is part of a seemingly unstoppable cycle of violence that many consider to be Nigeria's largest security challenge. (25.06.2018)