As renewed infighting among Tuareg groups threatens to derail a 2015 peace agreement, the UN has found mass graves in a northern Mali town. It also found evidence of the forced disappearance of children. 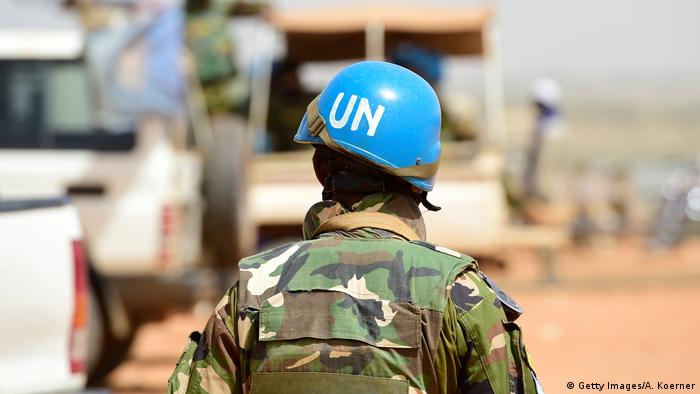 The UN mission - known as MINUSMA - uncovered "the existence of individual tombs and mass graves" in the village of Anefis, about 100 km (60 miles) southwest of the town of Kidal, the mission said in a statement.

"As for Anefis, the teams were able to observe on site the existence of individual graves and mass graves but are not able to establish at this stage either the number of people buried or the circumstances of their deaths," MINUSMA said in a statement.

The mission confirmed 34 cases of human rights abuses in the area, including "enforced disappearances" of minors, who have also been involved in the recent fighting.

The UN said there was the "possible presence" of child soldiers among the ranks of both armed groups, which if confirmed would "constitute serious children's rights violations at a time of armed conflict."

Fighting between Tuareg groups has intensified in recent weeks in the north. The pro-government Platform group has been fighting with the former rebels of the Coordination of Movements of Azawad (CMA) since June.

The conflict dates back to 2012, when cities in the north of the country came under the control of jihadist groups linked to Al-Qaeda, which sought to exploit an ongoing ethnic Tuareg-led rebel uprising.

Sources told the French news agency AFP in late July that "dozens" of members of the GATIA militia - part of the Platform group - had been killed in clashes monitored by a UN helicopter that later crashed accidentally, killing two German crew.

While most of the Islamists were ousted by a French-led military operation, attacks have continued on UN forces, civilians and the Malian army.