The vast Sahel region south of the Sahara is a breeding ground for terrorism, since security gaps between territories loom large. EU funding aims to enhance regional cooperation against jihadist terrorists and drug lords 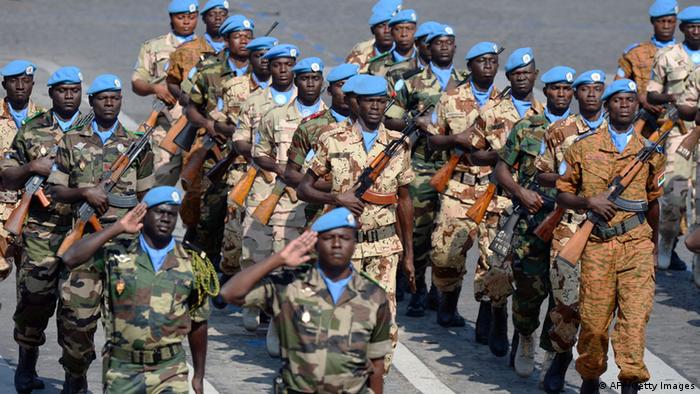 The European Union is funding 50 million euros ($56 million) to fight terrorism in the vast West African Sahel region south of the Sahara desert that is a breeding ground for jihadists. Some militants have ties to al Qaeda and so-called Islamic State (IS) in a terrorist hot spot that has been dubbed the "arc of instability."

EU foreign policy chief Federica Mogherini released a statement on Monday during a visit to Bamako, the capital of Mali.

"The stability and development of the Sahel region are crucial, not only for Africa but also for Europe. We are neighbors and what happens on one of our continents has an impact on the other," Mogherini said at the annual conference of EU representatives and the five francophone countries known as the Sahel G-5.

Those countries are Mauritania, Mali, Chad, Burkina Faso and Niger. At a summit in the Chadian capital of N'Djamena in November 2015, the G-5 agreed to create a multi-lateral force in the region to combat terrorism.

"The idea is for regional forces to improve their cooperation in tackling jihadist terrorism, since terrorist attacks go beyond national frontiers," said Paul Melly, a fellow of the Africa program at the London-based think tank Chatham House.

"In the long term it's a building block for the day when the UN forces and potentially the French deployment in Sahel are withdrawn in several years time. The hope is by that stage the Sahel countries will have a strong enough military capacity of their own," Melly said in an interview with DW. 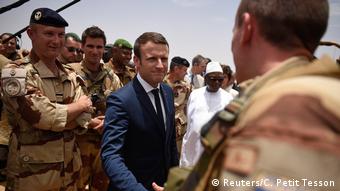 The EU force is expected to become operational at the end of this year and will reinforce the French and UN peacekeeping troops already stationed in the region.

France has already deployed about 4,000 troops across the five G-5 countries since January 2013 when Islamist insurgents who had hijacked a Tuereg-led rebellion in the north of Mali attacked civilians and security forces. Although French efforts to drive out the militants were successful, the UN mission still remains under threat from sporadic attacks that have left over 100 peacekeepers dead over the past four years. Furthermore, the violence has spread into other parts of Mali in the south and has spilled over into neighboring countries such as Burkina Faso, Niger and Ivory Coast.

The EU funding however is a drop in the bucket compared to the 1.8 billion euros the bloc is already investing in development aid for the region. Poverty and harsh environmental conditions in the vast arid region has made the Sahel countries particularly vulnerable to terrorism as well as narcotics smuggling.

"It is a great place for terrorism and drug trafficking to develop. The borders are not well-controlled. The area is huge. Just Mali alone is three times the size of France," said Remi Hemeryck, director-general of SOS Sahel, a grassroots NGO organization that seeks to tackle the root causes of poverty and food insecurity in the region. Poverty and security gaps in the vast Sahel makes the region vulnerable to terrorists and drug trafficking.

"It makes sense for all the states to coordinate efforts for protecting civilians and organizations working in development, but at the same time it is necessary to invest in social and economic development, too. The 50 million euros may be a beginning for better coordination between the G-5 countries. It is important not to leave gaps between the territories," he added.

Just last week France retaliated against some 20 Islamist militants and killed them after several French peacekeepers in a UN camp in the north of Mali had been wounded by a mortar attack.

Underscoring the importance of security and coordinated efforts for the Sahel region, French President Emmanuel Macron paid a visit to Mali in May shortly after taking office. It was his first official trip outside Europe. Macron called on other European countries, including Germany, to provide additional military assistance and development aid.

The UN has appealed for $2 billion (roughly 1.5 billion euros) in 2014 to help more than 20 million people affected by famine in Africa's Sahel. The bid is part of a three-year humanitarian plan for parts of the region. (03.02.2014)

What is France's role in West Africa?

Two ministers from Paris visited Ivory Coast within two days of a jihadist attack. An anti-terror unit is being sent to Burkina Faso. So why does France have such a strong interest in the region? (16.03.2016)

The rise of migration, as well as, the threat of terrorism has sparked a new interest in the Sahel region. Experts on security in the region give an insight into the new importance of the age-old trade routes. (13.01.2017)