Suspected Islamist militants have killed more than 70 soldiers in an attack on a remote military post in western Niger. It is the deadliest assault on the West African country's military in recent history. 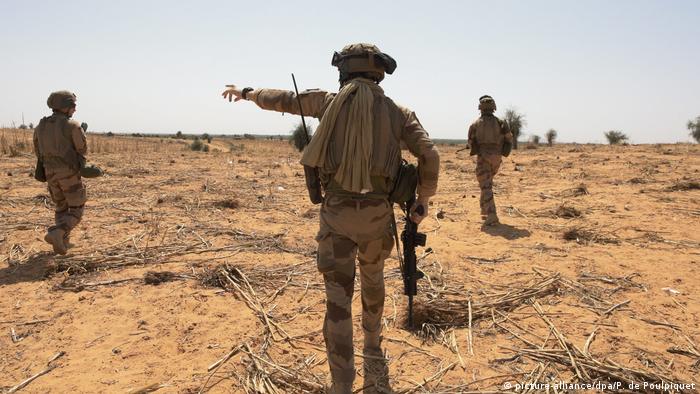 The three-hour assault took place late Tuesday, and was carried out by "heavily armed terrorists estimated to number many hundreds," the ministry said in a statement. It added that 57 of the attackers had been killed.

The violence prompted President Mahamadou Issoufou to cut short a trip to Egypt. His office called the attack a "tragedy" and said the president would be chairing a meeting of the National Security Council on Thursday.

The Defense Ministry said reinforcements had been deployed to the area and the situation on Wednesday was "under control."

It was not immediately clear who was responsible for the raid — the deadliest attack on the West African country's military in recent memory.

Local sources quoted by news agencies said the militants arrived at the camp in the western town of Inates on motorbikes and trucks and began firing mortars.

Jihadis with links to the "Islamic State" and al Qaeda have stepped up attacks on army outposts in West Africa's Sahel region this year, despite the deployment of a regional military force and thousands of French troops. Mali and Burkina Faso have borne the brunt of the violence, but the militants have also spilled over the border into Niger.

Following Tuesday's attack, French President Emmanuel Macron and his Nigerien counterpart agreed to postpone a meeting of five presidents from the Sahel that had been scheduled for next week. The event, which aimed to address security in the volatile region, is now expected to take place early next year.

The Inates attack came 24 hours after another assault on a military base in nearby Tahoua, which left three Nigerien soldiers and 14 "terrorists" dead, according to the Nigerien Defense Ministry.