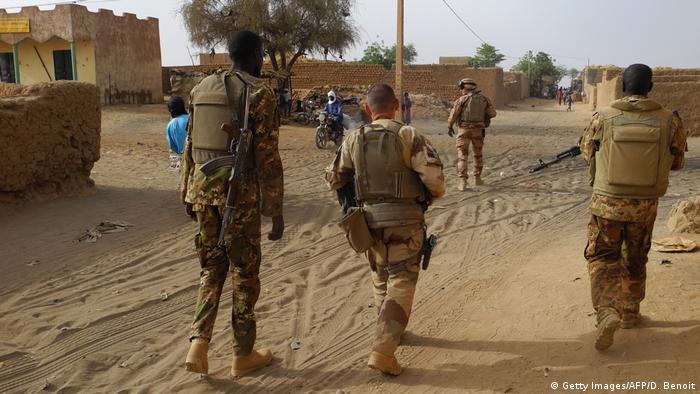 The drones have been used to provide surveillance support to the mission since 2014, but will now also be able to strike targets.

"This is a new capacity, not a change in doctrine. The rules of engagement of armed drones are exactly the same as for fighter aircraft," Parly said.

Speaking in Paris, Parly said the drones had been successfully tested at an airbase in Niger's capital Niamey.

Using armed drones is controversial, with rights groups saying piloting weapons from a distance can dehumanize warfare. The US has been criticized for deploying them in campaigns in Afghanistan, Pakistan and Yemen.

France has a 4,500-strong force called Operation Barkhane supporting several Sahel countries who for the past seven years have been fighting a revolt by extremist groups.

Earlier this month, extremist militants attacked a military camp in western Niger which left 71 personnel dead. French President Emmanuel Macron is expected to visit the country this weekend. In November, 13 French soldiers on the mission were killed in a helicopter crash in Mali.

The international MINUSMA mission in Mali, also tasked with stabilizing the region – currently includes some 15,000 soldier and police officers, some of them from Germany.

France is due to host will also host a summit on the ongoing conflict in January with the presidents of Burkina Faso, Chad, Mali, Mauritania and Niger.

Gold mines in isolated areas of Africa’s Sahel region have become a welcome source of income for terrorists. Recent attacks in Burkina Faso show that security forces in the region are unable to gain the upper hand. (17.11.2019)

It's no longer the stuff of science fiction: Wars could soon be decided by lethal autonomous weapons systems. But a concerted effort to ban "killer robots" through international law at the UN appears to have hit a wall. (20.08.2019)

Germany's army is set to fly arms-capable Heron drones for the first time in history, after a parliamentary committee approved leasing the aircraft from Israel. The project would cost Germany over $1 billion. (14.06.2018)