Despite US special commando raids and drone strikes, as well as military training given to African allies, terrorism in the Sahel region is on the rise. Can the military put an end to the insurgency? 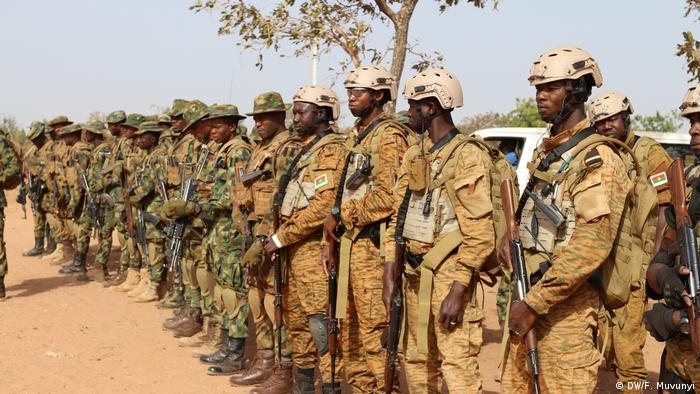 At the Zagre military camp in Burkina Faso, US Special Operations forces are training over 20 African armies in the art of countering extremist organizations.

Despite the armies coming from so many diverse countries, they demonstrate cooperation in small unit tactics and intelligence sharing.

The Cameroonian assault team, from an elite battalion, uses a drone to track militias. Their intelligence is then shared with over the 2,000 service members participating in the Flintlock 2019.

Flintlock is a US-supported military exercise held and led by an African nation every year since 2005. Hosted this year by Burkina Faso, it's designed to build the capacity of key US allies in Africa.

Flintlock 2019 brings together troops from the G5 Sahel — Burkina Faso, Mauritania, Mali, Niger and Chad — as well as other African countries.

The Commander of US Special Operations in Africa, Maj. Gen. Marcus Hicks, says his goal is to support African allies to build a strong army on the continent that is fully equipped to deal with the threat.

"When this exercise is over, we have established relationships, intractability training and we have left behind real capability for security forces to be confident and their ability to deal with the security problems they face,” he told DW.

The US Joint Chiefs recently reduced combat operations in Africa following an attack in Niger in which four US forces were killed.

Maj. Gen. Hicks says the US army, however, will continue to advise and train their African allies.

"We are advising at a battalion level and above, and trying to mentor larger groups to conduct larger security operations. That made us all effective and distanced us a bit from direct combat actions."

The US government has about 7,200 personnel in Africa. Of this number, 1,300 Special Forces members operate roughly in a dozen countries on the continent. 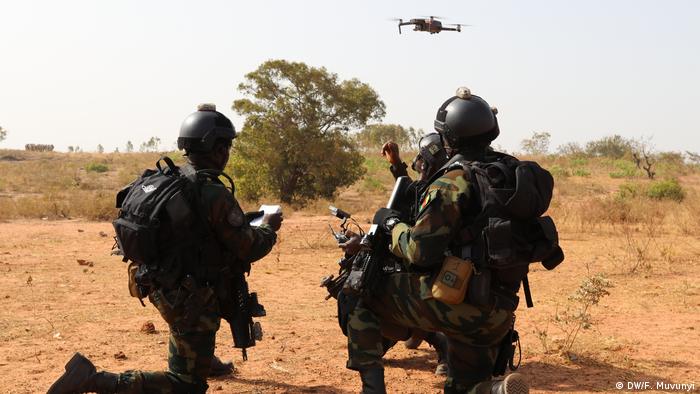 Soldiers learn how to use drones to track militias

Burkina Faso is part of the Sahel, a remote and arid region traversing Central and West Africa, and separates the Sahara Desert in the north from the savannahs and forests of the south.

In the past years, the Sahel has turned into a hotbed of violent extremism, lawlessness and impoverishment, with many living in a permanent state of neglect. Millions of people have been left at the mercy of non-state armed groups.

It's due to "mostly poverty and lack of good education" that many in the region join terrorist groups, said Burkinabe Lieutenant Colonel Coulibaly Kanou.

According to the International Crisis Group, armed groups are believed to have killed more than 270 people in Burkina Faso since 2015.

The country — once considered a safe tourist destination in West Africa and famed for its biennial film festival, FESPACO — now lives with a spreading terror threat.

•    August 2017: 19 people killed at the Aziz Istanbul restaurant in Ouagadougou 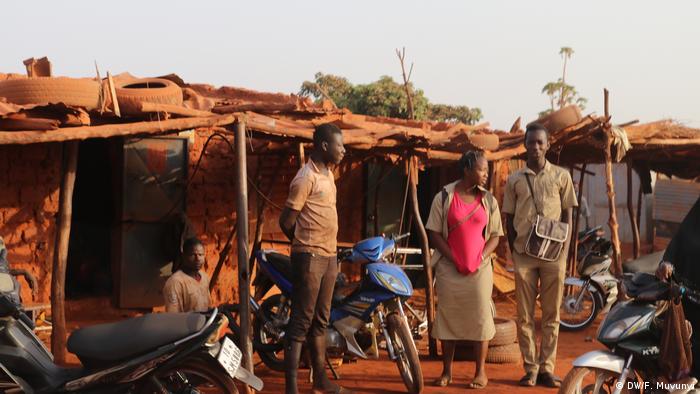 Tackling the root causes of instability

The Sahel is flooded with challenges — ranging from food insecurity and terrorist-related security threats to the negative impacts of climate change.

For the region to change for the better, the focus needs to be put on sustainable development, rather than purely on security, says US Ambassador Andrew Young.

"We see a situation where Burkina Faso is in a fight, and the fight is getting tougher," he told DW.

"But we are making progress against that fight, and it's going to be a long-term struggle. That's why our investments in development partnerships are long-term," he added.

The US government invests €87 million ($100 million) annually in economic development projects in Burkina Faso with an additional €26 million for security.

Coupling this foreign investment with the political will to address economic challenges facing Sahel countries and West Africa gives Maj. Gen. Hicks hope that terrorism will be defeated.

"Our African partners give me reasons to be optimistic about the future of Africa. Not just from the security perspective, but from extending democracy and inclusive governance, and providing economic opportunities to the young and vibrant population."

50 years of African film at FESPACO

The first festival of African cinema took place in Burkina Faso in February 1969. The biennial pan-African FESPACO has been of the most important platforms for African filmmakers for 50 years. (25.02.2019)