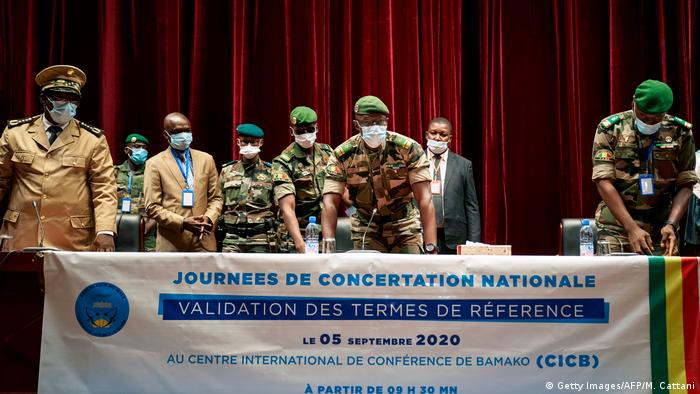 The 15-nation Economic Community of West African States (ECOWAS) convened in Accra, Ghana, on Tuesday to discuss the political stalemate in Mali and possibly issue further sanctions. The military junta has missed ECOWAS's one-week ultimatum to designate a civilian leader who would lead a one-year transition period. The bloc had stopped financial transfers into Mali and neighboring member states closed their borders with the country.

Many Malians believe that ECOWAS did not play a constructive role in the conflict. They want to solve the problems on their own. The meeting in Accra were on the minds of many in Mali's capital, Bamako.

"Mali is an important member of ECOWAS. When a coup occurs, it is normal for sanctions to be imposed," said Bamako resident Sadibou. "We expected this, but we ask ECOWAS to take all views into account. If we can reach an agreement, ECOWAS should support us."

"ECOWAS should support Mali," Maimuna, another city resident, says. "With everything that is happening, they should really support Mali and not impose any more sanctions, nothing at all." 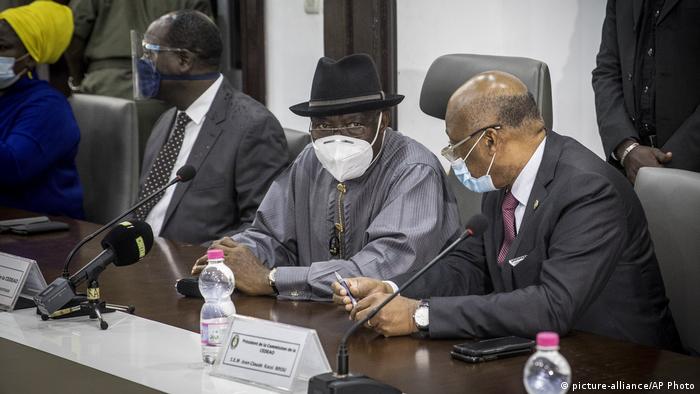 Mali's military junta, which overthrew President Ibrahim Boubacar Keita on August 18, had backed a charter that outlined an 18-month transition government. According to the charter, the government will be in place for 18 months comprised of 25 members, along with a transitional council representing Mali's numerous ethnic groups.

The charter allows for a president — as the head of state — as well as a vice president. They cannot stand for reelection after the term of the transitional government lapses. Both will be selected by a council set up by the junta.

On Sunday, the opposition M5-RFP coalition rejected the junta's postcoup charter. "M5-RFP distances itself from the resulting document which does not reflect the views and decisions of the Malian people," said the coalition in a statement.

M5-RFP said the discussions took place in an environment of "intimidation, anti-democratic and unfair practices worthy of another era." The coalition includes opposition groups, religious leaders and civil figures who organized months of protests against the former president. 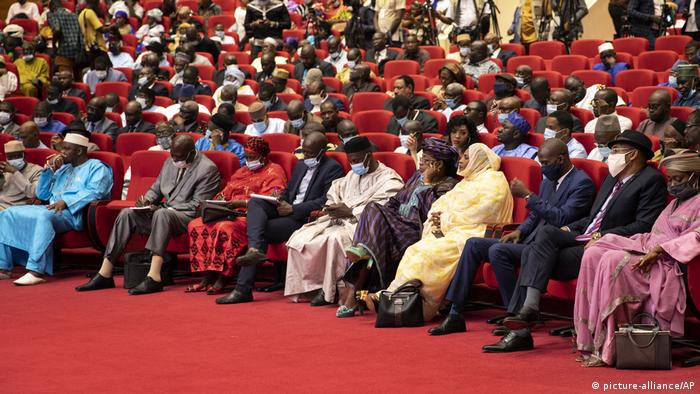 Delegates at the conference in Bamako to discuss Mali's transitional government

After the coup, the military received strong backing from opposition and civil society. However, their paths increasingly began diverging after it became clear that each group wanted more than the mere ouster of President Keita, according to DW's Bram Posthumus in Bamako.

"M5 is not happy about the level of recognition from the military," Posthumus said. "The military has paid lip service to their existence. M5 and the military have never been singing from the same hymn sheet."

The negotiations agreed that the candidate would be a civilian, but when published the charter said it could be a civilian or a soldier. "The desire to grab and confiscate power for the benefit of the CNSP does not justify the means," said the coalition's statement, referring to what the junta calls itself as the National Committee for the Salvation of the People (CNSP).

But not everyone in Bamako share the coalition's opinion. "The M5-RFP are making themselves too big," says 68-year-old truck driver Ibrahim Diallo. "It is undisputed that the movement brought about the change. I'm sure everyone agrees on that, even the military. It is best now if we try to unite so that our country can move forward, so that things can move forward." Sixteen-year-old Mendy Berthe doesn't really trust the coalition either. "I think the military will be up to the task," she said. 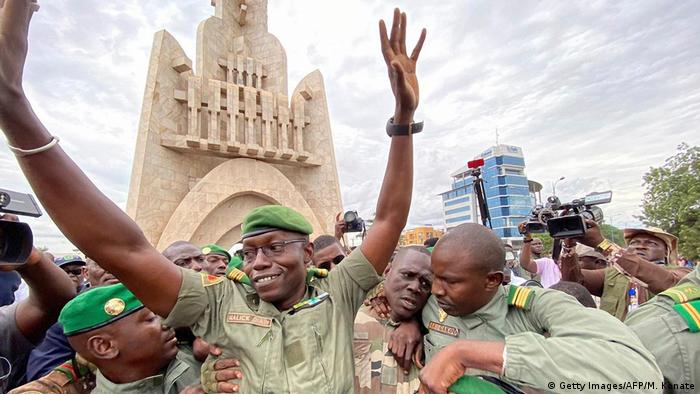 The M5-RFP claims to be representing the general opinion of all Malians. But a "recent opinion poll shows that the majority of Malians are in favor of a military-led transitional government because they do not trust politicians in the M5 movement," Posthumus says.

For Eveline Jacques of the Mali Emergence party, it is not so much the civilian or military profile that counts in leading the transition: "Civilian or military it doesn't matter. It just has to be someone who will get us where we are.''

A civilian leadership is just one of the range of major differences between the military CNSP and the opposition M5-RFP. The junta's main frustration has been the government's response to Islamist jihadists and several pro-independence uprisings. "The military are very unhappy with the kind of equipment they have to work with," Posthumus says. "The key issue for Mali to get of this situation is not so much the politics, it is the security situation. That means to put an end to the roadside bombs and terror attacks by jihadists, who have weapons far more superior to that of the Malian army."

Former Prime Minister Moussa Mara told DW that he is optimistic that the junta and the opposition coalition could put their differences aside: ''The aim is for us to succeed in bringing Malians together and also work with the international community. So we trust that the CNSP and all leading politicians will work to ensure that cooperation with ECOWAS takes place under the right conditions."

Mali's military junta has approved a charter that could allow a soldier to be the interim president of the 18-month transitional government, a decision that has been criticized by its opponents.