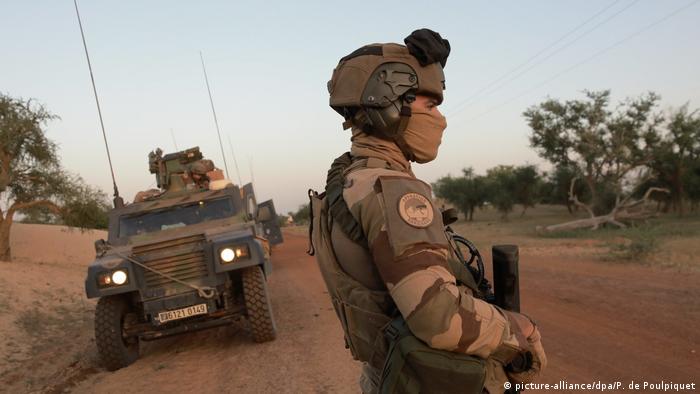 Two French soldiers deployed in Mali were killed in an operation on Saturday after their armored vehicle was destroyed by an improvised explosive device, the French presidency said in a statement.

Another soldier was injured in the blast that took place in Tessalit, a town in the country's northeastern region of Kidal.

The soldiers were members of the paratroop regiment based in Tarbes, southwestern France, the statement said.

France has deployed over 5,000 troops in West Africa as part of its Barkhane military operations to fight against Islamists linked to al-Qaida and the "Islamic State."

President Emmanuel Macron, in a tribute to the dead soldiers, praised "the courage and determination of the French military deployed in the Sahel region."

He also called for a swift transition to civilian control of Mali after the military junta ousted President Ibrahim Boubacar Keita in a coup on August 18.

The junta, led by Colonel Assimi Goita, calls itself the National Committee for the Salvation of the People.

On Saturday, Keita was also evacuated to the United Arab Emirates for medical treatment. "He left this evening for Abu Dhabi," his former chief of staff, Mamadou Camara, told news agency Reuters. "It is a medical visit of between 10 and 15 days."

After the coup, Keita tendered his resignation and had been detained for 10 days by the ruling military junta. The 75-year-old was released following pressure from the 15-nation West African bloc ECOWAS.

His health had been of concern since he was hospitalized following his detention. The deposed leader had left the hospital on Thursday after treatment for a mini-stroke. He had been moved to his residence under tight security.

Senior French politicians and military officers fear that last month's military coup will further destabilize the West African nation and undermine the fight against the Islamist groups active in Mali and the wider Sahel region.

Large parts of Mali are still outside the government's control and the fight against insurgents has left thousands of people dead since 2012.

In total, 45 French soldiers have died serving in the region since 2013, according to the French military.

Leaders of the West African group ECOWAS pledged action following a military coup in Mali that sent shockwaves around the region. The junta that seized power announced they will put in place a "transitional government."