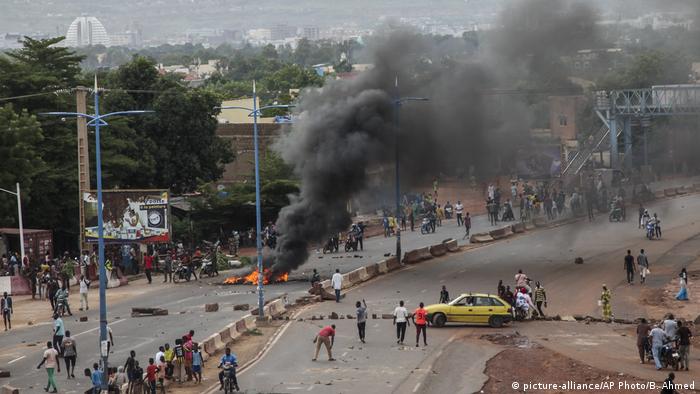 Malian Prime Minister Boubou Cisse on Saturday vowed to quickly form a government "open to facing the challenges of the day", adding that the death toll of the West African country's worst civil unrest in years had risen to four.

Initial reports said two had been killed in the violence and dozens injured  in the capital Bamako when thousands poured into the streets on Fridayto demonstrate against President Ibrahim Boubacar Keita's government.

The protests are the third to take place in Bamako since June and were led by the so-called June 5 Movement (5M) opposition group and the influential imam Mahmoud Dicko.

Prior to the rally, 5M dropped their demand for the president to resign. "This is because we think it (the resignation) will cause more problems than it will resolve," Dicko told French broadcaster France 24. "Mali's problem is not about a government of national unity. It is a problem of governance."

But many still called for his resignation and the protest descended into violence, as demonstrators blocked streets, attacked the parliament and stormed the premises of the state broadcaster.

"The president and I remain open to dialogue. I will very quickly set up an executive with the intention of being open to facing the challenges of the day," Cisse said on Saturday while visiting a hospital.

Keita was reelected in 2018 for a second five-year term but his leadership has faced mounting opposition.

The recent protests were triggered after recent parliamentary elections in March led the country's constitutional court to overturn the provisional results of some 30 seats, which is said to have helped several members of Keita's party get elected.

On Wednesday, Keita sought to appease the opposition by offering to appoint new judges to the constitutional court, who could revisit the rulings on the election.

But the opposition rejected the offer, as their chief demands include the dissolution of parliament and the creation of a transition government.

"Now, no one considers him the president. But everything we are going to do will be done within a democratic and republican framework," said Issa Kaou Djim, a member of the political opposition.

Opposition leaders have published a 10-point document calling for civil disobedience, where they urge their public to resist the government by not paying fines, blocking entry to state buildings – except hospitals – and occupying crossroads.

Mass mobilizations in Bamako are rare, in a country where most of the instability has been felt in the north, which was seized by extremists in 2012, prompting a French intervention and a prolonged military presence of a 13,000-strong UN multinational mission.