Sudan: Deportations to an embattled country | World| Breaking news and perspectives from around the globe | DW | 17.06.2019

Sudan: Deportations to an embattled country

After the military council used brutal force against civilian protesters, the situation in Sudan has continued to escalate. Now German politicians are debating if rejected asylum seekers can still be deported there. 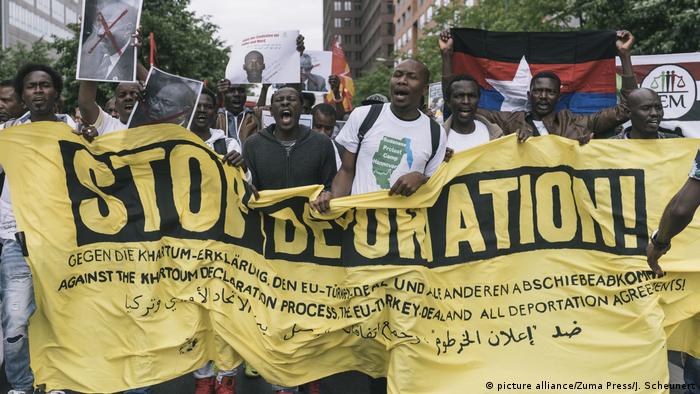 Human rights activist Iman Seifeldin fled the Darfur on her own. She has been living in the German city of Hanover for three years, where she now works for justice in her home country. Seifeldin speaks of an alarming situation.

"The militias are violating human rights every day. Already over 100 people are dead, and at least 70 women have been raped. No one is safe from these militiamen," she said. Seifeldin believes that at the moment, is impossible to live a life in safety and that deportations to the country should be stopped.

Since dictator Omar Al-Bashir was overthrown in April, there has been only unrest in Sudan. After initial talks with representatives of the opposition movement, the military began to use violence to remove the main protest camp in the capital Khartoum.

According to the opposition's central medical committee, 113 people have been killed, and more than 500 left injured. The Transitional Military Council (TMC) retracted the previous treaty made with the opposition.

In Germany, the Refugee Council of Lower Saxony said in a statement, "Given the fact that the military government is again escalating the situation in Sudan, it would be utterly irresponsible to deport people there now. Therefore an immediate halt to deportation by the state government is the necessary step."

The International Organization for Migration has already suspended the return program to Sudan due to the deteriorating security situation.

An example of how dangerous deportations could be: Last week Yasir

Arman, general secretary of the opposition Sudan People's Liberation Army, was arrested by the military junta. Arman had been living in exile in South Sudan and had only returned to Sudan to negotiate with the TMC.

The refugee organization Pro Asyl states on its website: "Arman's arrest makes it clear how vulnerable returnees are." It has backed the Lower Saxony Refugee Council's demand for an immediate halt to deportation made in March. 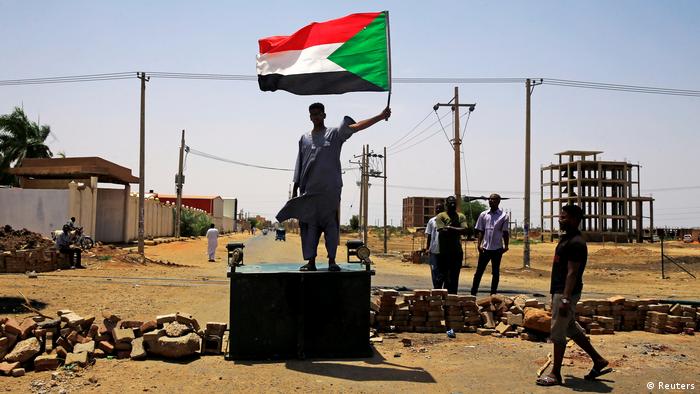 Kai Weber, the managing director of the Lower Saxony Refugee Council told DW: "The Interior Ministry assured us that no large-scale deportations will take place. But in terms of individual cases, for example, those who have convicted criminal offenses, the deportations will continue." Weber finds this unsatisfactory but said that is standard procedure.

Any policy would also omit people who had been found to have committed identity fraud but Weber believes that the fact of the matter is that "the fear of deportation leads people to refuse to provide their papers to the authorities." Most troubling to him are the cases where people are essentially "kicked out" of their education and their new life.

The opposition in Sudan declared that general strike, which lasted only three days, to be over. The end of the strike is apparently owing to new negotiations between the opposition and the TMC on the formation of an interim government. 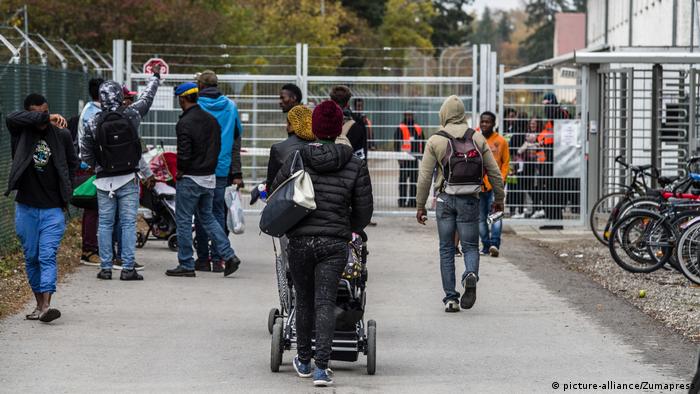 Fear of deportation: Refugees in Fürstenfeldbruck

A situation that remains unclear

According to the Federal Office for Migration and Refugees, in 2018 a total of 982 Sudanese people applied for asylum in Germany. Of those, 776 were first-time applicants from which 431 were rejected.

When Germany's state interior ministers met in Kiel last week, the environmentalist Greens Party called to halt deportations to Afghanistan and Sudan, saying the government must "finally stop mounting domestically motivated pressure for the repatriation of asylum seekers to extremely unsafe countries with no regard to the real situation."

Will deportations to Sudan cease shortly? Steve Alter, a spokesman for the Interior Ministry, evaded giving a definitive answer. When contacted by DW, he said: "It is self-explanatory that in the present situation, which is very dynamic and constantly changing, that it is more difficult to make such decisions. Moreover, as long as there are no clear-cut findings in the respective individual case, such determinations will be postponed."

A key protest group announced the campaign to run until ruling generals transfer power to civilians. The call came days after the military killed dozens at a pro-democracy sit-in in the capital. (09.06.2019)