Sudan's military council and opposition groups have agreed to resume talks on the formation of a transitional council. The opposition alliance has also decided to suspend its campaign of civil disobedience. 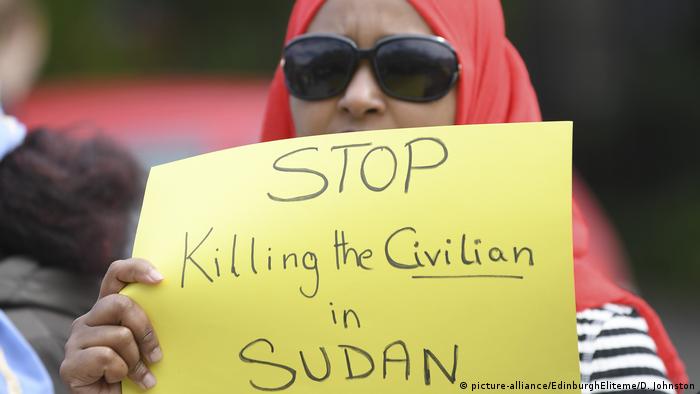 Sudan's Transitional Military Council and The Declaration of Freedom and Change Forces (DFCF) alliance have agreed to resume talks regarding the formation of a transitional government, an Ethiopian envoy said on Tuesday

The opposition alliance said in a statement on Wednesday that it was suspending the protest strike, which began on Sunday and brought most of Khartoum to a standstill. But opposition leader Khaled Omar insisted to Al Hadath TV that the suspension of the campaign was "not tied to any specific political developments."

Nonetheless, the moves by both sides appeared to be a softening of positions after talks regarding a transitional council collapsed following a military crackdown on a protest sit-in last week in which dozens of people were killed.

Sudan has been led by the military council since the overthrow of veteran leader Omar al-Bashir in April. The council and opposition groups have been negotiating the formation of a transitional council, but there has been disagreement over whether it should be a civilian- or military-led entity.

In a unanimous statement on Tuesday, the UN Security Council called on both the military and opposition groups "to continue working together towards a consensual solution to the current crisis."

The council condemned the recent violence in Sudan and called for an immediate halt to attacks against civilians, stressing the importance of upholding human rights.

The statement, drafted by Britain and Germany, had some resistance by China and Russia, which did not want to issue a condemnation, but the two countries nonetheless agreed to the strong language.

The United Nations is strongly backing the African Union, which suspended Sudan's membership last week, in its bid to help guide the nation on a path towards civilian rule.

The Security Council is set to further discuss Sudan on Friday in a meeting focused on the joint UN-AU peacekeeping mission in Darfur, known as UNAMID.

A key protest group announced the campaign to run until ruling generals transfer power to civilians. The call came days after the military killed dozens at a pro-democracy sit-in in the capital. (09.06.2019)