It was the worst atrocity on European soil since World War II. On July 11, 1995, catastrophe descended on the people of Srebrenica. Bosnian Serb soldiers under the command of Ratko Mladic marched into the UN safe area around the city and within days killed some 8,000 Muslim men and boys.

Since 1999, the International Commission on Missing Persons (ICMP) has been using DNA analysis to identify the victims.

Deutsche Welle: Twenty-five years after the Srebrenica massacre and there are a growing number of people, including Nobel Prize-winning author Peter Handke, who say: the crimes committed in the Bosnian War cannot be called genocide.

Kathryne Bomberger: I find it absolutely outrageous that this is being questioned. Especially when it comes to the people who went missing in Srebrenica, this is most accurately documented genocide in history. To say that it never happened in order to create a counter-narrative, is scandalous. The facts are very well verified on the basis of excavations that are thoroughly documented, not just by the International Commission on Missing Persons, but also by the International Criminal Tribunal for the former Yugoslavia (ICTY), as well as domestic law enforcement agencies. They were on hand at each and every excavation site. 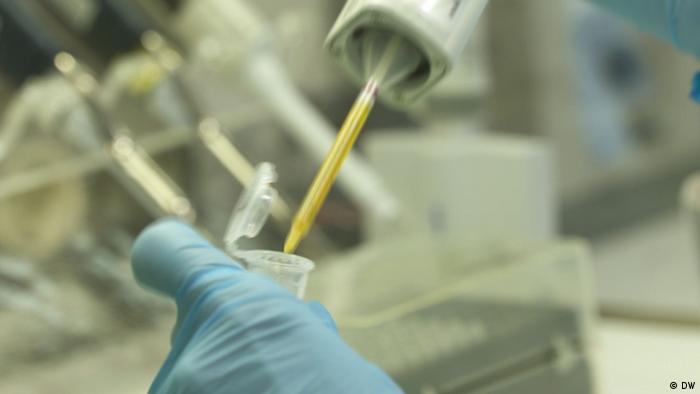 Through DNA analysis, the ICMP in The Hague can do identity tests on up to 10,000 samples of human remains per year

What exactly was documented?

The attempt was made to use ethnic cleansing to wipe out an entire population group — so it was genocide. And it is the only case of genocide on European soil since World War II to be recognized as such. This was why such great efforts were made after the war to uncover and document these crimes. We wanted to ensure that the people responsible, the perpetrators, would be brought to justice. In this context, it was especially important that the state used DNA analysis to precisely document all missing people, regardless of their ethnic, religious or national origins. It meant that the families could bury their dead and that they could see justice being done. That was the path that we decided to go down. But we are not at the end of that path.

The process is still not complete?

We have helped the countries of the region to excavate more than 3,000 mass graves and identify the vast majority of the victims. As far as Srebrenica is concerned, we have managed to identify over 90% of the approximately 8,000 men and boys who disappeared. However, not all of these cases have reached the courts — either the ICTY or domestic courts in Bosnia-Herzegovina. But the ICMP has documented evidence of war crimes committed in these locations and the use of DNA to identify the victims means that it is possible to make all this evidence available for purposes of criminal prosecution. And we must continue with these efforts.

Given all this evidence, how do you explain the repeated attempts that have been undertaken to create a counternarrative, to rewrite history?

We live in a post-factual society. Facts are stripped of meaning and turned around for political purposes. At a time of growing populism, the creation of fake history of this kind, these misleading narratives, is now the norm. Which I find very disturbing. So, what is happening here with the facts — in the context of the Balkan Wars and of Srebrenica — simply reflects what is going on in the rest of Europe. And not just in Europe: in many parts of the world, fear of the other is being used as a political tool to stoke up hatred. 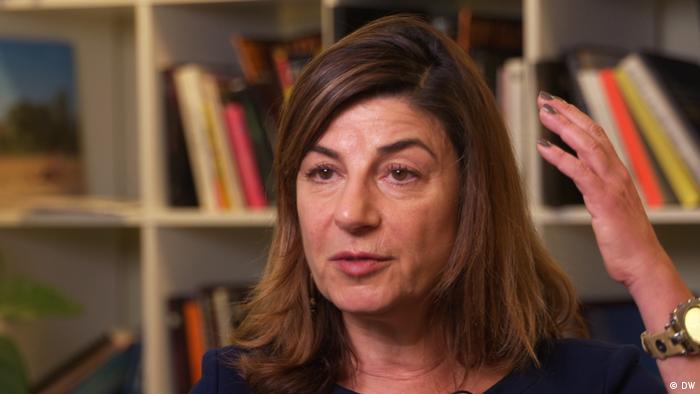 ICMP director Kathryne Bomberger on massive efforts to document the crime scenes at Srebrenica: "We wanted to ensure that the people responsible, the perpetrators, would be brought to justice"

You can either govern a country in a way that tolerance, social cohesion and mutual respect are possible, or you can stoke up hate and sow the seed of distrust. What happened in the former Yugoslavia simply reflects the cycles of violence across Europe as a whole. The open wounds from World War II were misused to foment hate rather than bring people together.  Abuse of such open wounds, that are to be found in all societies is without a doubt the worst way to govern a country. New Zealand, where the prime minister succeeded in bringing people together after the 2019 mosque attack is by contrast an example for good governance. It shows that there can be a return to social cohesion, even after such a profoundly traumatic incident.

How important is education? There are still schools in Bosnia where children are taught that there never was a genocide in their country.

They teach children how to lie and I think that what we have to do is to teach children the truth. Teach them to love and respect each other. And it is possible. Of course, if  they are taught lies and hatred every day, then they, too, will hate. This for me is where it all starts. And I think it is a terrible reflection on Bosnian society that schools are divided along ethnic lines, meaning that each side teaches a clashing narrative of history. And that is not only the case in Bosnia. Teaching hate: that's the problem.

Is that the message for us from Srebrenica in the year 2020?

The message is: Srebrenica can happen anywhere. It's as simple as that. If we are not careful, it will have devastating repercussions, if we allow ourselves into hating each other in this way. Srebrenica reminds us of what we are all capable of, regardless of where we come from. This kind of hatred can lead us to a very dark place. And I'm frightened, because I believe that it can happen again.

Rights activist Kathryne Bomberger has been at the head of the International Commission on Missing Persons (ICMP) since 2004. Based in The Hague, it supports organizations trying to trace people who have gone missing after, for example, conflicts, rights abuses, catastrophes, organized crime and irregular migration. It is the only international organization focusing on missing persons and the identification of human remains.

Remembering the 1995 Srebrenica massacre of Bosniaks

In 1995, Bosnian Serb forces killed more than 8,000 mostly Muslim men and boys in Srebrenica. Men who were directly or indirectly involved in the massacre hold key positions in Serbia's political and economic spheres. (11.07.2020)

Protecting the truth from deniers and serving justice for the victims of the Srebrenica genocide is our best bet to prevent genocides from occurring again, writes Dunja Mijatović. (11.07.2020)