The parade featured gun-toting Nazis and people wearing striped death camp uniforms. The troupe has canceled all of its remaining shows following denunciation by the Spanish foreign minister. 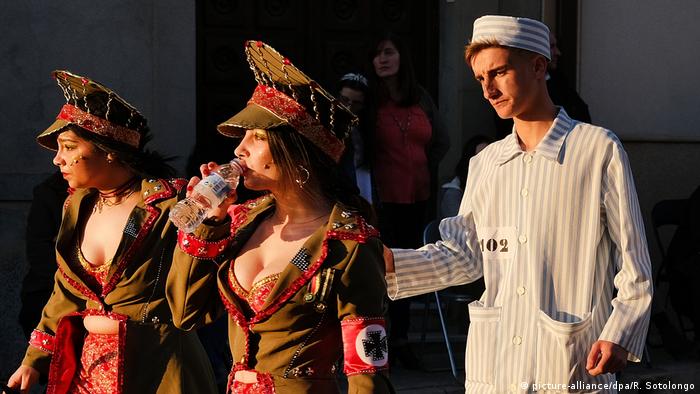 A Spanish Carnival troupe that was performing a Holocaust-themed parade has canceled its remaining shows following an outcry over the planned events, organizers said Wednesday. 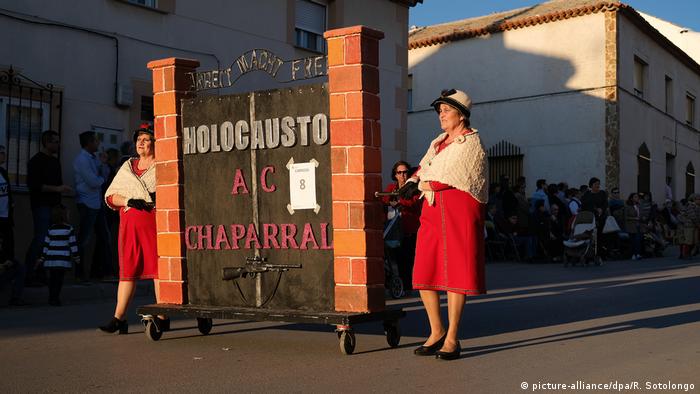 The group has since apologized to Jewish groups

The troupe has apologized to the Jewish community in Spain over the parade, in the small town of Campo de Criptana, about 110 kilometers (68 miles) southeast of Madrid.

"Horrified by the Carnival parade in Campo de Criptana," tweeted Spanish Foreign Minister Arancha Laya. "I totally reject any trivialization of the Holocaust," she said.

Images showed people dressed in Nazi-style regalia and children dressed in the yellow Star of David that Jews were forced to wear in Nazi-occupied areas. Performers also formed a line, dressed as Jewish victims in red hot-pants and bustiers with a gunshot wound to the heart and dancing with Israeli-style flags. 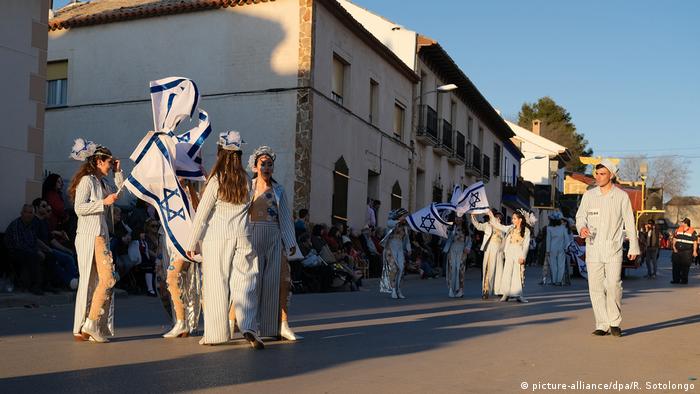 The Israeli flag featured prominently in the parade

"I am horrified by and utterly reject the shameful trivialization of the Holocaust that took place at the Campo de Criptana carnival," tweeted Israeli Ambassador to Spain Rodica Radian-Gordon on Tuesday. "It is an affront to the memory of the victims of the Shoah and an intolerable expression of anti-Semitism."

The display, which featured a parade float designed like a gas chamber, was the second Holocaust-themed Carnival parade. This week, a Belgian town hosted a parade featuring floats with anti-Semitic caricatures showing "Jews" with hooked noses and gold bars. Some participants dressed up like insects clad in fake Orthodox Jewish garb, with other attendees sporting costumes intended to resemble Nazi uniforms.

The Belgian carnival in Aalst is known for mocking public figures, but recently came under fire for promoting insulting and derogatory depictions of Jews. Carnival parades take place every year across Spain and Europe in the days leading up to Ash Wednesday, which marks the start of Lent.