South Korean FM on coronavirus: ′We have to live with this risk′ | World| Breaking news and perspectives from around the globe | DW | 13.05.2020

South Korean FM on coronavirus: 'We have to live with this risk'

The foreign minister of South Korea has said she is very concerned over the threat of a second outbreak of the coronavirus in her country, after a flare up in cases was reported at a number of nightclubs.

Kang Kyung-wha said sanitary rules weren't adhered to at the nightclubs, which led to a "huge population" that now needs to be traced and tested.

"It is very unfortunate that this has happened," she told DW’s Conflict Zone host Sarah Kelly.

South Korea's handling of the coronavirus crisis has been praised around the world, with UN Secretary General Antonio Guterres even saying he hoped many countries would follow its "remarkable example."

The country was one of the initial hotspots as the coronavirus spread outside of China, but the government managed to reduce the spread of the virus with a policy based on three principles: test, trace and contain.

But a new infection cluster in the capital, Seoul, has led to the closure of all bars and clubs.

"It is a temporary shutdown of these entertainment establishments," said Kang. "It is not a wholesale lockdown of businesses. And I don't think we will ever get to that point."

Kang, the first female foreign minister in South Korea, stressed the country is prepared to fight the outbreak, but she added that "we have to live with this risk."

Read more: Spike in South Korean infections linked to one man's night out 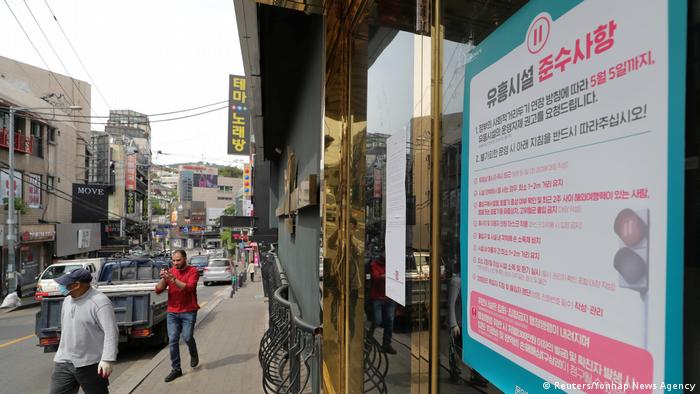 South Korea's foreign minister says she is concerned about the threat of a second outbreak of the coronavirus in her country.

One of the key elements of South Korea's coronavirus policy has been to use mobile technology in order to trace contacts and then issue alerts in real time.

This strategy, however, has raised serious privacy concerns with reports that people’s identities and whereabouts are being revealed.

The foreign minister rejected this, saying that "the issue of privacy has been taken out of context."

"We have a very robust legal system in place where it is clearly identified as to where these rights might be restricted," Kang added.

"And when you balance the privacy of the patients against the public's need to be protected from this risk, I think the answer is very clear."

South Korea's foreign minister stressed that "privacy is a very important human right, but it is not an absolute right."

On relations with North Korea 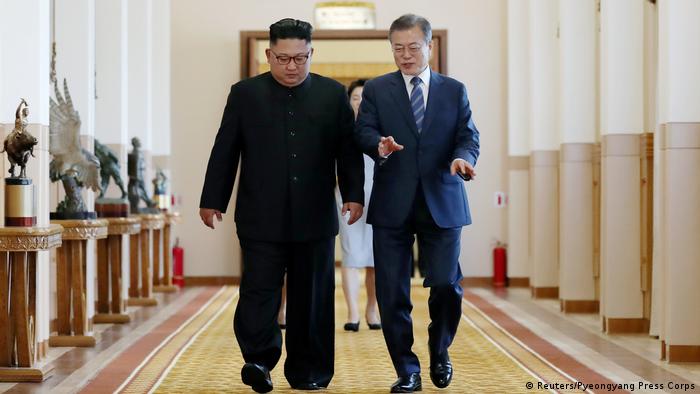 The South Korean foreign minister stressed that it is “extremely important” to continue the dialogue with North Korea in order to improve ties between both countries.

Kang said she is also watching very carefully how the situation develops in North Korea.

The North Korean government maintains there aren't any confirmed cases of COVID-19 there, but analysts have doubts, and so does South Korea.

"We take their official position with a grain of salt," said Kang.

The foreign minister added that her government has offered help, especially because the North's health system is considered to be weak, but Seoul has not received an answer.

Meanwhile, Kang stressed that it is "extremely important" to continue the dialogue with North Korea in order to improve ties between both countries.

Pressed by Kelly on whether her country has sacrificed calls to improve human rights in North Korea as a way of maintaining that communication, Kang said they are a "very big issue" and she supports international efforts in this regard.

At the same time, however, she said her government sees human rights as one track of engagement.

"There is another track to engagement with North Korea, which is the peace and security track," Kang stressed.

"And at some point they have to come together. But at this time, our judgment is that the security track has to take precedence."

The virus 'doesn't stop at the border' 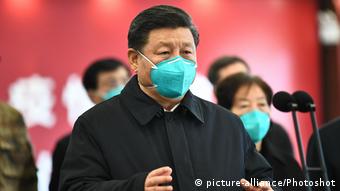 There are concerns that China is using the coronavirus crisis to assert its position in the region.

Another concern is whether China is using the coronavirus crisis to assert its position in the region.

Kelly asked Kang whether this has raised red flags in South Korea, but the foreign minister said collaboration between both countries on the coronavirus crisis has been "very good."

"We press for a quick and prompt sharing of information," she said. "We demonstrate that with our own actions. And we urge that on the part of China as well."

On the question of how her part of the world would look after the pandemic ends, the foreign minister said there are countries that tend to become "insular" and "parochial," but that she also believes the virus has shown how challenges are international.

"It doesn’t stop at the border," Kang said. "You may close the border, but the virus still gets in."

Is South Korea's LGBT community being scapegoated for COVID-19 spread?

Health authorities call on members of the LGBT community to come forward to be tested and to halt the spread of the novel coronavirus, despite homophobic comments in some quarters of South Korean society. (13.05.2020)

South Korea's baseball and soccer competitions will kick off this week, providing global sports fans with rare live action. But both leagues will be operating under strict COVID-19 guidelines. (04.05.2020)