South Korea's baseball and soccer competitions will kick off this week, providing global sports fans with rare live action. But both leagues will be operating under strict COVID-19 guidelines. 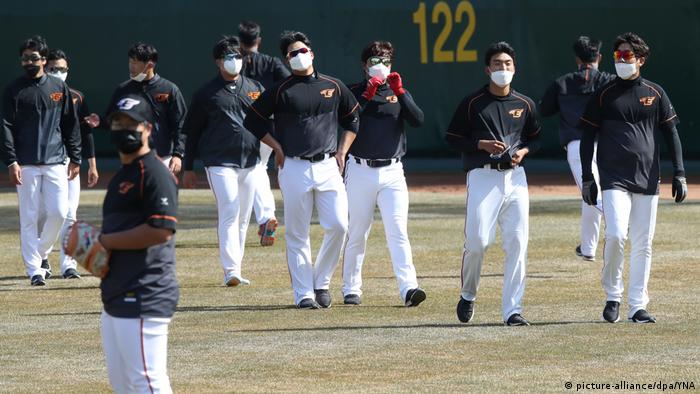 South Korea was one of the hardest-hit countries in the early days of the coronavirus crisis. In a span of three weeks from mid-February to early March, COVID-19 cases in South Korea skyrocketed from a meager 31 to over 7,800.

The epidemic caused the K-League, South Korea's 12-team top flight soccer league, and the KBO, its 10-team major baseball league, to postpone the start of their seasons.

But with the slowing of the outbreak — South Korea reported eight new cases on Monday to bring the total number to 10,801 — the government has begun lifting lockdown measures. That allowed for both professional leagues to return, the KBO on May 5, and the K-League on May 8.

The two competitions are among the first professional sports leagues to return to action, setting a possible precedent for other leagues around the world. Still, both have implemented strict guidelines in accordance with the country's Centers for Disease Control & Prevention (CDC). Meanwhile, many sports leagues around the world will be keeping close tabs on the two Korean seasons progress.

In both leagues, players will have to change their normal habits significantly to adhere to strict social-distancing measures.

In the K-League, players will not be allowed to speak with teammates, opponents or referees while on the field. Shaking hands will also not be allowed.

Players have to keep their distance from one another when walking onto the pitch. Each player also has his own designated set of water bottles.

All K League club and league personnel, including players, coaches, referees and other officials, were required to be tested for the new coronavirus by May 1.

KBO players are not allowed to shake hands or high-five either. Spitting, commonplace in baseball, is also "strictly prohibited." According to Daniel Kim, a Korean baseball insider for South Korean broadcaster MBC sports, this has been one of the hardest habits for players to break.

Players will also have their temperatures checked twice per day, and the KBO's newest COVID-19 guidelines encourages them to download smartphone apps to report their daily health status to league officials. 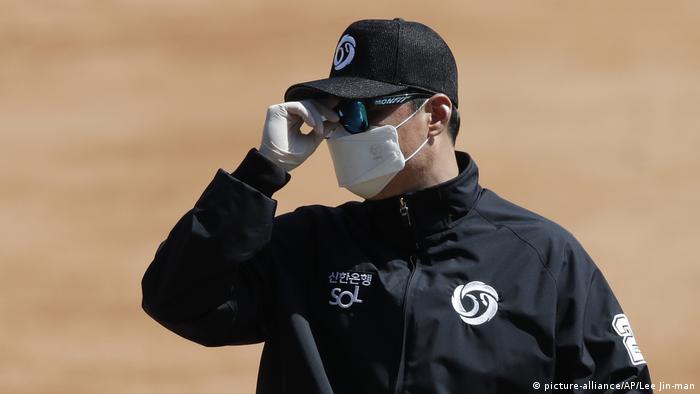 A baseball umpire sports plastic gloves and a face mask

Coaches and gameday personnel in both leagues will be required to wear face masks. The KBO has recommended that players wear masks in clubhouses and other parts of the stadium.

In addition to masks, all non-uniform personnel in the KBO — this excludes coaches, who traditionally wear uniforms in baseball — will be required to wear plastic gloves as well. That includes umpires, trainers, the bat boys/girls and ball boys/girls. Umpires will also be prohibited from touching players.

Both leagues have had to cut down their schedules, though the K-League has done more trimming than the KBO.

The K-League will have its 12 teams play 27 games each, down from the usual 38-game fixture list. Each team will play each other home and away. After the 22-game initial stage, the league will be grouped into a top-six and a bottom-six, with each team playing five games in their assigned group.

Conversely, the KBO currently intends to stick to its 144-game schedule, with each of the 10 teams playing each other 16 times. However, the KBO All-Star Game, an exhibition that features the season's best players, has been scrapped. Additionally, the first round of the playoffs has been reduced from a best-of-five to a best-of-three series.

Both Korean leagues have accepted that a coronavirus case may appear once play has resumed, but they have put contingencies in place should one arise.

In the K-League, a positive COVID-19 test of a player or a coach would cause the affected team and its previous opponent to be barred from playing a game for two weeks. Any game scheduled during that time would be postponed.

A coronavirus case detected on the day of a match would cause the game to be called off and postponed. However, if a player or coach experiences coronavirus symptoms, the league said, the game will be allowed to continue, with the player being removed from the lineup. 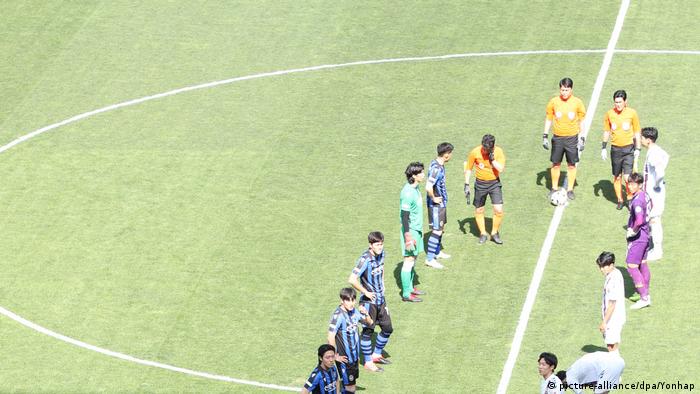 If the season cannot be completed, the K-League would only crown a champion if at least 22 matches have been played. If that is not the case, the season will end without a winner, and the league would later decide who would get to participate in the continental AFC Champions League.

Meanwhile, a KBO player who shows symptoms of COVID-19 will be immediately quarantined, according to KBO guidelines. The stadium where his team played last will also be closed for two days.

If the player showing symptoms tests positive for the virus, a government-appointed epidemiologist will conduct contact tracing and determine others who need to undergo a 14-day quarantine.

However, the KBO said it would not immediately halt play due to a coronavirus case. The league will instead meet with team executives to explore pausing the season, depending on the extent of the inflicted player's contact with others in the league.

No fans will be in attendance when the two leagues resume this week. However, both left the door open for spectators to be allowed in stadiums eventually.

The K-League said that, as soon as the government relaxes more coronavirus measures, it will "set a time and method for the transition into matches being played with spectators in attendance."

Meanwhile, according to Kim from MBC Sports, the plan in the KBO is to allow spectators back into the stands gradually, initially filling 20% to 25% of stadiums and increasing from there.

The 1700 tests conducted by the Bundesliga and Bundesliga 2 showed 10 postives. But shortly after the results were released, the DFL condemned a video showing Hertha Berlin's Salomon Kalou shaking hands with teammates. (04.05.2020)

The coronavirus has brought most elite sports to a grinding halt. While athletes who compete in individual sports are at an advantage, marathon runners too are finding it difficult to maintain their competitive edge. (01.05.2020)

Iranian giants Persepolis and Esteghlal have been kicked out of the Asian Champions League. Although football is massive in Iran, close ties between clubs and the state are holding it back. And privatization is far off.

Asian football in particular has long had a problem with match fixing. While some progress had been made in fighting the crime in recent years, the arrival of COVID-19 has made it easier for match fixers to do business.