The coronavirus has brought most elite sports to a grinding halt. While athletes who compete in individual sports are at an advantage, marathon runners too are finding it difficult to maintain their competitive edge. 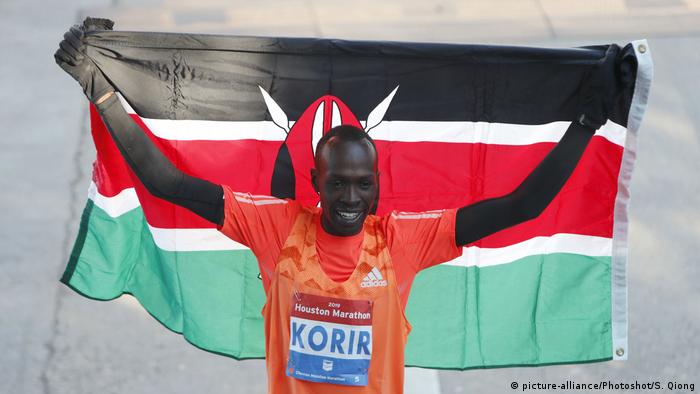 Albert Korir, Henry Kiprop and Felix Kandie are professional marathon runners. Under normal circumstances, each of them would run 180 to 300 kilometers (111 to 186 miles) every week as part of their usual training routines. However, as in most other countries, Kenya's government has implemented restrictions of movement in an effort to curb the spread of COVID-19.

This means Kenyan athletes, like Korir, Kiprop and Kandie, are now forced to train alone, and the restrictions have also forced them to roll back their training regimes – by as much as 200 kilometers less than prior to the pandemic. The sudden reduction in training doesn't come without risks.

"I went from 200 to 50 kilometers a week, so I am worried," Albert Korir told DW. "When you start active training again you might get injuries."

Korir (pictured above) usually runs two marathons a year. In 2019 he finished first in Houston and second in New York – while setting a personal best in the Canadian capital, Ottawa. Even though the restrictions on movement in Kenya have only been in place for a few weeks, the 26-year-old has already noticed that his fitness is starting to suffer.

"When you're training you breathe hard. Your body is not fit like before, like when you were training hard," he said. "There's even been some changes like weight gain."

Trimming their distances isn't the only problem; elite runners usually train in camps with up to 50 other competitors, but now many are forced to train alone.

Kandie could get another shot if the Boston Marathon goes ahead in September, as organizers are hoping. But when the coronavirus outbreak started, he had already completed 80 percent of his training program in preparation for the event. Last year the 33-year-old had an incredible campaign, placing fourth in the Boston marathon and fifth in Berlin.

- Read more: Coronavirus marathons: When the medal comes in the mail 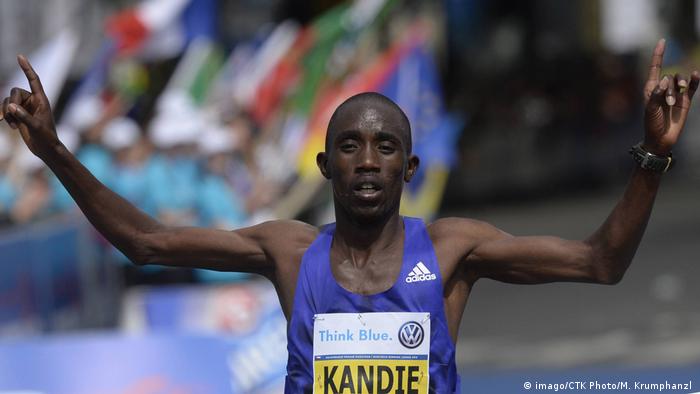 He told DW that he would stick to his training program as closely as possible despite the restrictions. But at the same time he noted that individual training just wasn't as effective as training in a group.

"You need people there to push you. You need them to make you more competent," he said. "When you're training alone you may feel like you're running fine, but you're actually not getting something out of running alone. In a group you're able to assist each other in all decisions, the speed walking sessions and the morale sessions."

Marathon is a process

Henry Kiprop was getting ready for this year's Milano Marathon when the pandemic put paid to those plans. He was runner-up at the 2019 Venice Marathon with a time of 2:10, and he had been aiming to knock five minutes off his previous best. Now he is concerned about what this forced break and the absence of optimal training will do to his future performances.

"A marathon is like a process. You do it this year, you do it next year, and finally you have mastered the art of marathon running," he told DW. "If you're told to go and run the London Marathon without training, that is quite impossible."

Quite apart from the restrictions on training, many elite runners are also facing severe financial concerns. Korir is sponsored by German sports giant Adidas, but he still depends on races as his main source of income.

Although many runners find themselves in the same boat, Kiprop believes the financial impact will vary.

"It all depends on the individual. All the marathons that I have been running, I have used my money well," he said. "I've invested in some real estate. So it may take me some time before things get bad for me."

While some can cushion the financial burden better than others, it is a precarious situation for all.

Like Kiprop, Kandie also invested his earnings when he started racing. He knew he can't run forever and needed to secure his financial future. But despite having a what he believes to be a sound financial plan, he would rather not tap into his savings.

"If things continue into next season. If things stay the same there will be big challenges because you have to use the investments that you have," he said.

'No competitions = no prize money'

So is anybody listening? World Athletics and the International Athletics Foundation recently set up a fund to help track-and-field athletes during the coronavirus crisis. World Athletics President Sebastian Coe is well aware of the athletes' financial problems.

"Clearly, if there are no competitions, there's no prize money. So the first objective is to try and get competition back into their world again," he told DW.

What that may look like and when it'll come about depends on how quickly the coronavirus is contained.

For professional marathon runners this means continuing to make the best out of a difficult situation. But they know bouncing back to pre-coronavirus levels could take a while. They'll simply have to rely on their endurance and resistance to get them through what is looking more and more like a marathon, not just for professional runners, but people of all walks of life all over the globe.