Coronavirus: Which sports can be played with social distancing?

While professional sport has all but stopped during the coronavirus pandemic, those in lockdown have found innovative ways to take exercise. But with restrictions easing, what sports can be played with social distancing?

Most of us will have seen the videos of the treadmill trainers, rooftop rallies or paddling pool swimmers. But there are fragments of something closer to normality returning to the sporting world, at least at an amateur level.

In Germany, three of the country's 16 federal states have allowed tennis clubs to re-open (Rhineland-Palatinate, Mecklenburg-Western Pomerania and Brandenburg) with a fourth, Schleswig-Holstein, set to follow suit next week.

While some form of exercise, often solo running, cycling or walking has been allowed in most countries, other sports have been hard, but not impossible, to play. DW spoke to Radu, who was hitting tennis balls with playing partner Djon on the expansive concrete of Berlin's Tempelhof Field.

"Tennis is not something where you stay within one meter of a person," said Radu. "You don't need to stay as close as you would playing football. The only thing that is a bit dangerous is that you are touching balls. But if you are careful and don't touch your face it's ok."

Read more: Coronavirus marathons: When the medal comes in the mail

Other countries are beginning to agree with the analysis of those German states and allow players to play on courts rather than concrete. Austria will allow sports where social distancing can be practiced, such as tennis and golf, to resume from May 1.

"Individual sports where there is no immediate contact will be given priority over team sports where contact is generally unavoidable, or contact sports," said the country's Vice-Chancellor Werner Kogler. 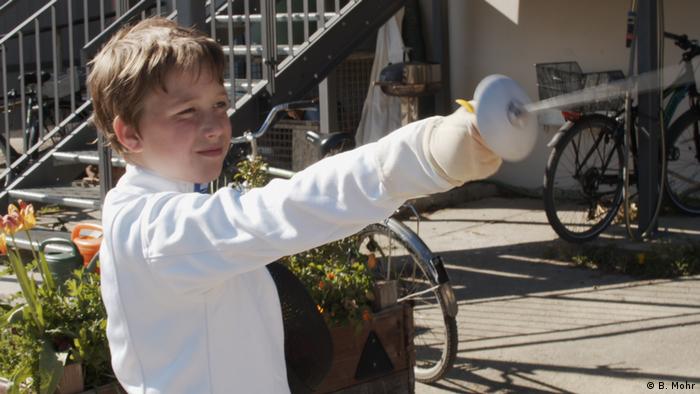 "It's a bit difficult ... There's my arm first and then the foil and the distance to my opponent so I think it's possible," he said.

But if the distance is hard to judge, so too are the health risks.

"In fencing, there is a natural distance due to the weapons used but when trying to score points you can get quite close to each other, mask to mask," said Professor Kai Gutensohn, who runs two hospital laboratories in Germany. "In those moments there is definitely a chance that particles can travel through the mask's mesh."

Perhaps the sport most easily adaptable to social distancing is golf. Staggered tee times, clubhouse closures and using gloves to touch flags are simple enough measures to introduce and in many countries that sport is still being played.

Though three majors have been postponed, the Ryder Cup, scheduled for late September, is currently still on the calendar. PGA Tour commissioner Jay Monahan recently told CNN that, assuming fans are absent, there's no reason golf can't soon operate largely as it ever did. 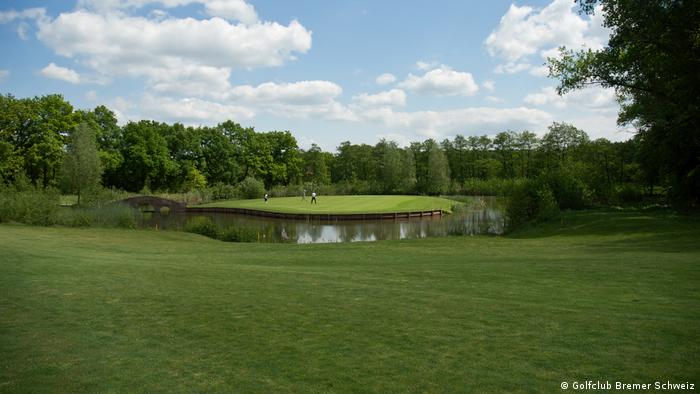 Social distancing isn't a problem on a golf course

"Our sport lends itself more so than any other sport to social distancing," he said. "If you think about what happens on the field of play, our players are very rarely within six feet of each other. And I think that's what puts us in a spot where we feel like we can return at that point in time. Golf is inherently unique in that regard."

For those engaged in sports that use shared equipment, such as gymnastics, Professor Gutensohn said adjustments may have to be made.

"If gymnastics equipment is spread out and the number of participants are reduced in a gym, then the sport can be conducted, but there should be less training in sequence - not one after the other. And equipment should be disinfected after gymnasts have touched it," he said.

Adjustments have rapidly become a regular feature of life for billions around the world in 2020. For many, a few small changes in return for getting their sport back will be a small price to pay.