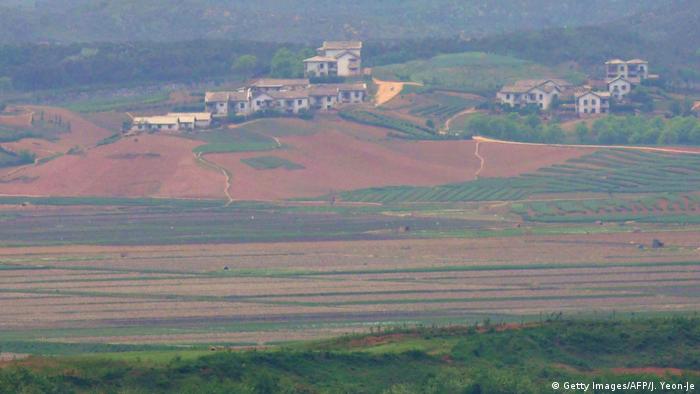 North Korea and South Korea exchanged fire at the border on Sunday, the South's military said.

Seoul blamed Pyongyang for the exchange, stating that it fired upon a border post. In return, South Korea fired twice. "Our military responded with two rounds of gunfire and a warning announcement according to our manual", said South Korea's military.

While South Korea had no casualties from the firing, it is not known whether North Korea did. Seoul said it was in touch with North Korea through their military hotline to figure out the cause of the firing.

US Secretary of State Mike Pompeo said later Sunday that the shots fired from the North were believed to have been "accidental." "[A] handful of shots came across from the north, we think those were accidental," he said on ABC's This Week.

"South Koreans did return fire. There was no loss of life on either side," he added.

The border between the two countries is the most fortified in the world. In 2017, the North unloaded significant fire into the border when a soldier fled to South Korea.

In 2018, both countries started removing some guard posts and mines from the border in an attempt to reduce tensions. The effort was reportedly stalled owing to continued tensions between North Korea and the US over the former's nuclear program.

The news of the firing follows the reappearance of North Korea's leader, Kim Jong-un, in the public eye. The country's state media outlet released video footage of the leader attending the opening of a fertilizer plant. Speculation over the secretive leader's well-being grew after he failed to attend the birthday celebration of his late grandfather and state founder Kim Il Sung on April 15 — despite it being the most important day in North Korea's calendar.

Kim Jong Un has not been seen publicly since April 11. Unconfirmed reports about his ill health, and even death, have been churning. Should the Korean leader die or be unable to lead, who could take on his mantle? (30.04.2020)

After weeks of speculation that North Korean leader Kim Jong Un is critically ill or even dead, South Korea has tried to put the rumors to rest. But verification outside of North Korea remains to be seen. (27.04.2020)