South Korea struggles to choose between US and China | Asia | An in-depth look at news from across the continent | DW | 06.10.2020

South Korea struggles to choose between US and China

Seoul is becoming caught in big geopolitical shifts, as China tries to use its economic clout to sway loyalty away from the US and undermine a security pact that has lasted 70 years. 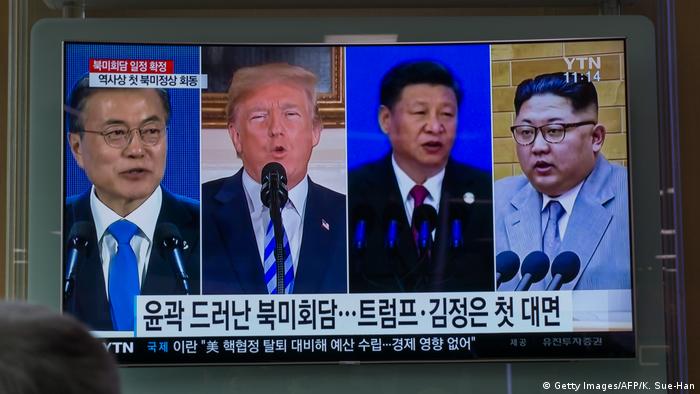 As the economic and geopolitical rivalry between the United States and China continues, South Korea finds itself in a difficult position.

The 12th largest economy in the world is heavily reliant on China for the well-being of its financial state, but Seoul has to balance that with a security alliance with the US that dates back to Washington's decisive intervention in the 1950-53 Korean War.

For more than 70 years, the US has unquestionably been the South's most important partner, but there are indications that Beijing may be trying to peel the left-of-center government of President Moon Jae-in away from its long-standing alliance with the US.

Some South Koreans are becoming increasingly resentful of the way in which the administration of US President Donald Trump has treated a nation that they contend has always been loyal.

The US president said the agreement was "a horrible deal" and succeeded in convincing Seoul to accept revisions that benefited the US and were ratified in a new pact in September 2018.

Trump has equally railed against the amount that Seoul pays for the 28,500 US troops stationed in South Korea, indicating that he will withdraw US forces unless Seoul pays $5 billion (€4.25 billion) a year, a figure more than five times the amount that the South agreed to pay for a one-year deal covering 2019. 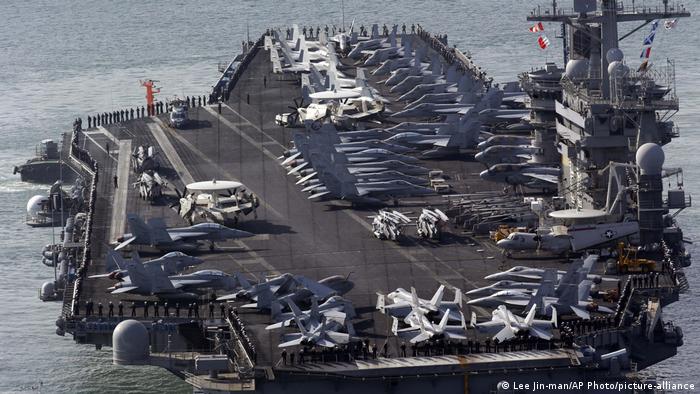 Trump has railed against the amount that Seoul pays for the 28,500 US troops stationed in South Korea

Thetwo sides are still locked in discussions on the final figure and it is understood that the US is no longer demanding $5 billion, although it is still seeking a significant increase in Seoul's payment.

These frictions on trade and defense are fractures that Beijing will likely happily exploit for its own end.

Late last month, Chinese Ambassador Xing Haiming called on South Korea to join Beijing's global data security initiative, a move widely seen as an effort to counter a campaign by Washington to discourage other countries from adopting Chinese technology due to security concerns.

In an interview with South Korea's Yonhap News, Xing said, "China is well aware that both bilateral relationships are important for South Korea."

"China would also like to work together with South Korea to develop bilateral ties in a sustained, sound and stable manner," he added.

Beijing is following that gambit up with a planned visit by Foreign Minister Wang Yi before the end of October, during which he will meet President Moon. Top of the agenda for Beijing will be an official state visit to South Korea by Chinese President Xi Jinping.

Washington is aware of Beijing's approaches and realizes that China would like nothing more than to bring Seoul closer to its orbit.

Read more: Why is the United States interested in the 'Indo-Pacific'?

Seoul under pressure to choose sides

On September 28, the US presidential envoy for arms control visited Seoul for talks with his local counterparts and issued a stark warning of the threat that China's missiles and nuclear weapons pose to South Korea.

In a pre-trip interview with Yonhap, Marshall Billingslea said his visit was to discuss "the rapid Chinese buildup of nuclear weapons and ballistic and conventional weapons" and that he had "additional intelligence to share with our ally regarding the Chinese programs."

Describing Beijing as a "nuclear-armed bully," he said the US would continue to protect its allies in the region.

US Secretary of State Mike Pompeo was also due to visit South Korea in early October for the first time in two years, but the trip was called off at the last minute due to President Trump being diagnosed with coronavirus.

"Korea cannot win if it gets caught up in arguments between the US and China, so they are walking a tightrope," said Daniel Pinkston, a professor of international relations at the Seoul campus of Troy University.

"It looks very much as if South Korea is coming under pressure to choose sides, although there is a strong aversion here to being forced into that position," he told DW.

"At the same time, there is a worsening lack of confidence in the US, with Trump's demands in particular upsetting the government here."

And Pinkston believes that the US "abdicating its responsibilities in the region" has damaged Washington's standing in the region — although Seoul still remains wary of China's intentions.

"It is still very fresh in the minds of people here how China uses its economic strengths to play hardball, such as in the 'garlic wars' trade dispute a few years ago and the way that Beijing banned Chinese tourists from going to Korea after the US deployed the THAAD anti-missile system here," he said.

"That kind of unorthodox economic coercion is a tool that Beijing has not hesitated to use in the past, but Korea's reliance on China makes it very vulnerable to that sort of bullying," he said.

Rah Jong-yil, a former South Korean diplomat, said China is looking to gain any advantage over the US and has "identified South Korea as a weak link in the US alliance in northeast Asia.

"China certainly wants Korea to be more closely aligned with it and Beijing can use its influence over North Korea to exert pressure on the South, but I still do not believe that influence is stronger than that of the US," he told DW.

The left-leaning Moon administration may be unhappy with the US on several issues, he said, but the military alliance is still the trump card in Seoul's international relations.

"Also, South Korea is a liberal democracy and that is incompatible with China, while there is still a very large reservoir of goodwill and connections to the US," he said.

"Seoul has to keep equidistant between the two countries," he said. "We do not want to antagonize China or be in their bad books because of the economic ties, but we know and still trust the US more."