China slams US military as 'destroyer of world peace'

China has condemned the US military, describing the army as a "violator of the international order." Earlier in the month the US published a report warning of the "serious implications" of China's military growth. 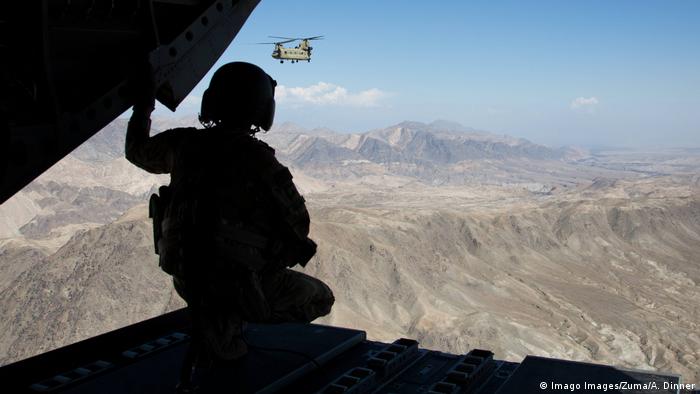 China's defense ministry on Sunday slammed a US report on the country's military ambitions — and instead said the US posed the biggest threat to international order and world peace.

The statement described the US report as a "wanton distortion" and "slander" of China's military policy.

"Many years of evidence shows that it is the US that is the fomenter of regional unrest, the violator of the international order and the destroyer of world peace," Colonel Wu Qian of the Chinese defense ministry wrote in the statement.

US operations in Iraq, Syria, Libya and other countries over the past two decades have resulted in the deaths of more than 800,000 people and displacement of millions, Qian said.

"Rather than reflecting on itself, the U.S. issued a so-called report that made false comments about China's normal defense and military construction," he said in the statement.

Read more: China hits back at US over diplomat restrictions

"We call on the US to view China's national defense and military construction objectively and rationally, cease making false statements and related reports, and take concrete actions to safeguard the healthy development of bilateral military relations," he added.

What did the US report say?

The US report on the Chinese military was published on September 1. It warned that China's "military modernization, if left unaddressed, will have serious implications for US national interests and the security of the international rules-based order."

Much of the 150-page report analyzed China's strategy toward Taiwan, a US ally which China considers a part of its territory to be annexed by force if necessary.

"What is certain is that [the ruling Communist Party] has a strategic end state that it is working towards, which, if achieved and its accompanying military modernization left unaddressed, will have serious implications for US national interests and the security of the international rules-based order."

The report and statement in response come as relations between Beijing and Washington have hit a new low.

China responds to US threat to its semiconductor sector

Ahead of next week's EU-China talks, German lawmakers have spelled out what they expect for Europe's relationship with Beijing. They also called for human rights violations to have consequences.