China hits back at US over diplomat restrictions

Days after the US announced restrictions on Chinese diplomats on its soil, Beijing has responded with diplomatic measures of its own as tensions between Washington and Beijing continue to escalate. 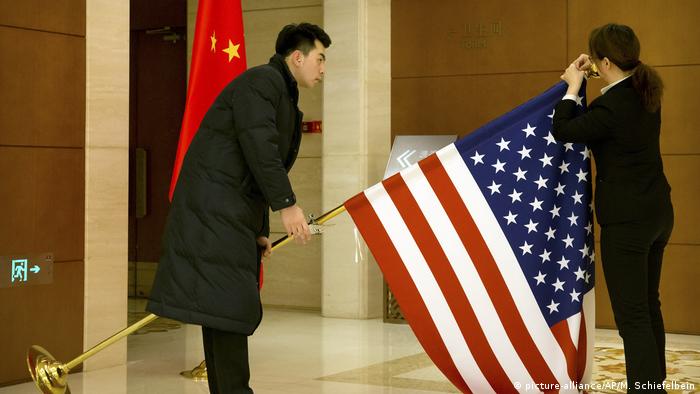 Beijing has announced new restrictions on all US diplomats on Chinese soil, which includes staff at the embassy as well as consulates in mainland China and Hong Kong. The move comes in response to measures announced by Washington earlier this month.

The Chinese foreign ministry did not specify the steps it was taking to control US diplomats, but emphasized that "these measures are China's legitimate and necessary response to the erroneous US moves."

Last week, the US announced that Beijing’s senior diplomats would need to seek approval before visiting university campuses in the country. Restrictions were imposed on cultural events with over 50 people. Washington also demanded that all embassy social media accounts should mention that they are affiliated with the Chinese government.

Tensions have remained high between the world’s two largest economies over a number of issues, including trade issues, China’s coronavirus response, and a new security law in Hong Kong.

Both countries have indulged in a tit-for-tat form of diplomacy, with Washington shutting down the Chinese consulate in Houston, Texas, and Beijing responding by closing its US counterpart in Chengdu.

The US has also canceled over 1,000 China student visas, citing security concerns, and imposed sanctions on officials it says helped in the detainment of Muslim minority Uighurs in Xinjiang province.

Washington also announced a ban on the import of cotton and tomatoes from the Chinese province following allegations that they are the product of forced labor by Uighurs in detention camps.